The 1980s Armagh Mod making vintage scooters cleaner and greener around the globe! 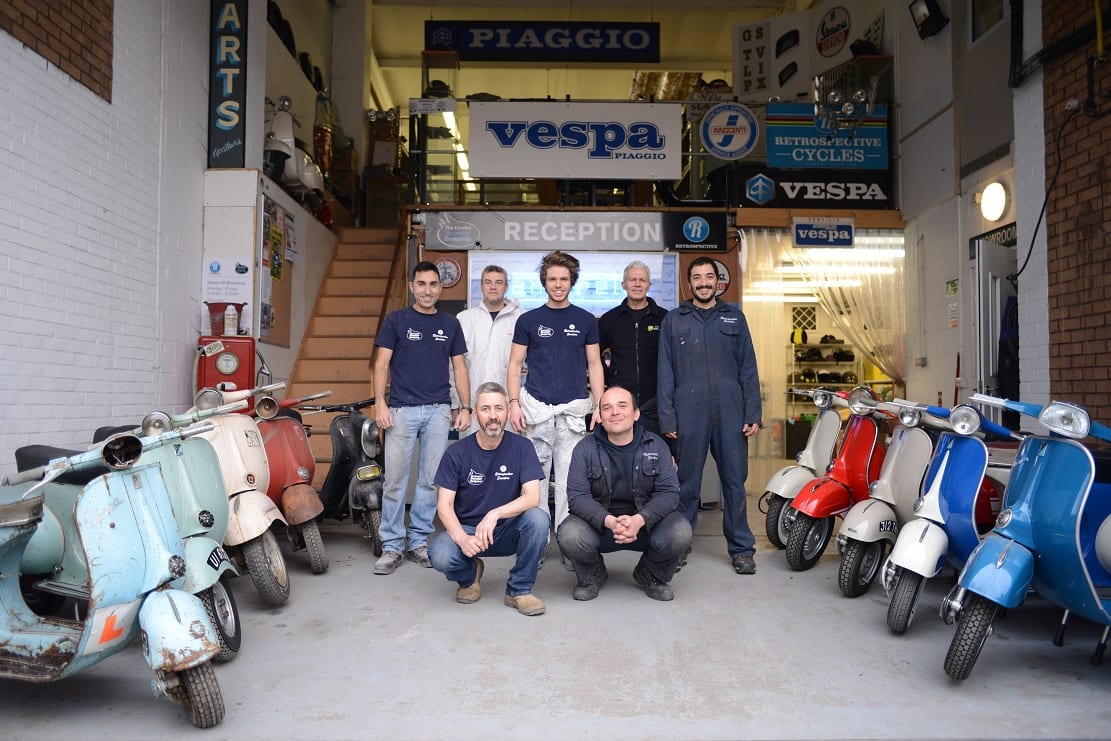 A self-confessed home-bird who flew the Armagh nest over 30 years ago has been changing the scooter scene throughout the world by breathing new life into vintage models.

Armagh native Niall McCart left for London in 1989 to paint a house; although he visits home regularly to ‘check on his ‘ma’ and the boys’, he has spent most of his time in the English capital.

The 52-year-old, who could have been seen ‘raking about’ on scooters in his home city during the 80s, has developed a kit which converts vintage Vespas and Lambrettas to electric.

Speaking to Armagh I, Niall said: “1989, back in the day – I’m 52 years old – I was a young man growing up in Armagh and I worked as a painter and decorator.

“I got this job to paint a house in London, so I went over and I thought, right I will go over there do that and then I will come home again.

“As it turned out, I met a girl, as you do. It was great and I was over with another boy from Armagh. We were having a great time, so one job turned into another, so we stayed on a while and, before you know it, you are there years.” 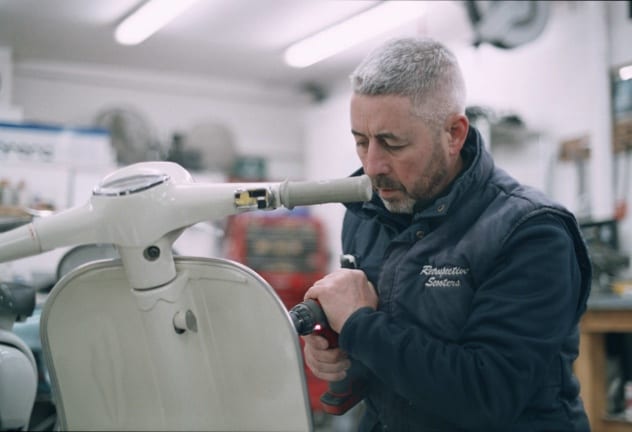 Niall mcCart working on a scooter

Shortly after arriving Niall grew tired of the painting and decorating so began looking for work elsewhere.

“I saw these boys riding the dispatch scooters and thought there’s the job for me – riding around on my scooter all day and getting paid for it.

“Did that for 10 years – you learn to look after look after your bike – and that led me to work in a shop and then opening a shop of my own. This year 20 years ago I started Retrospective scooters.”

Although a considerable amount of time has passed since he left his native Armagh, Niall admits the place still holds a special place in his heart.

He said: “I love Armagh and I thought I would never leave, honestly I was a home-bird. I was going home at the drop of the hat at Hallowe’en, Christmas and every two or three months at the start.

“The love of the city is there in me. I will be over for St Paddy’s day to see me ma and the majority of the family is all there still too.

“I really enjoy being back home, going over to Red Neds, seeing all the boys again.”

Niall’s love of scooters dates back to the mod culture of the 80s, with himself and names which may be familiar to those in they live in Armagh. 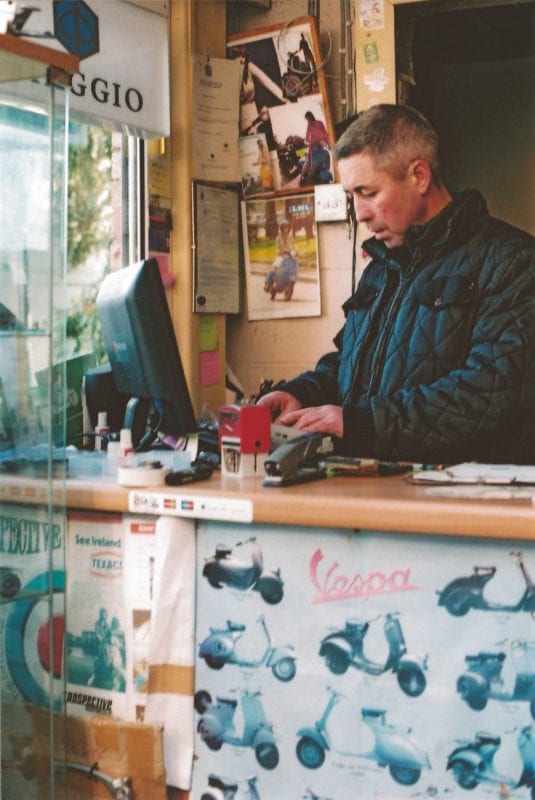 Niall McCart back in the early days

“We had a scooter club in Armagh back in the 80s, Max McSherry, Mark Reilly, Paul Quin and a lot of the boys that are still in the town.

“You left the mod thing behind, you were a ‘scooterist’ and you would go to scooter rallies all over the country.”

Niall began work on the electric conversion of vintage scooters in September 2017 with a view to unveiling it at the Vespa World Days the following year, which was to be held in Belfast.

He said: “It was a massive thing for it to be held in Belfast. I wanted it to be unveiled there back home and we managed to do it.

“It was amazing. We also set up a makeshift garage so that we could carry out any repairs for the people who were travelling through for free. It was amazing the people from all over the world flocking over.”

Along with selling electric scooters, Retrospective also offer conversion kits which allow people to do it themselves.

Niall said: “People who love scooters love to tinker or do them up. It is all part of the culture and which I have been part of.

“It is a very simple conversion in that, it is not interfering with the structure of the body. You are simply unbolting the old combustion motor and replacing it with the electric one. 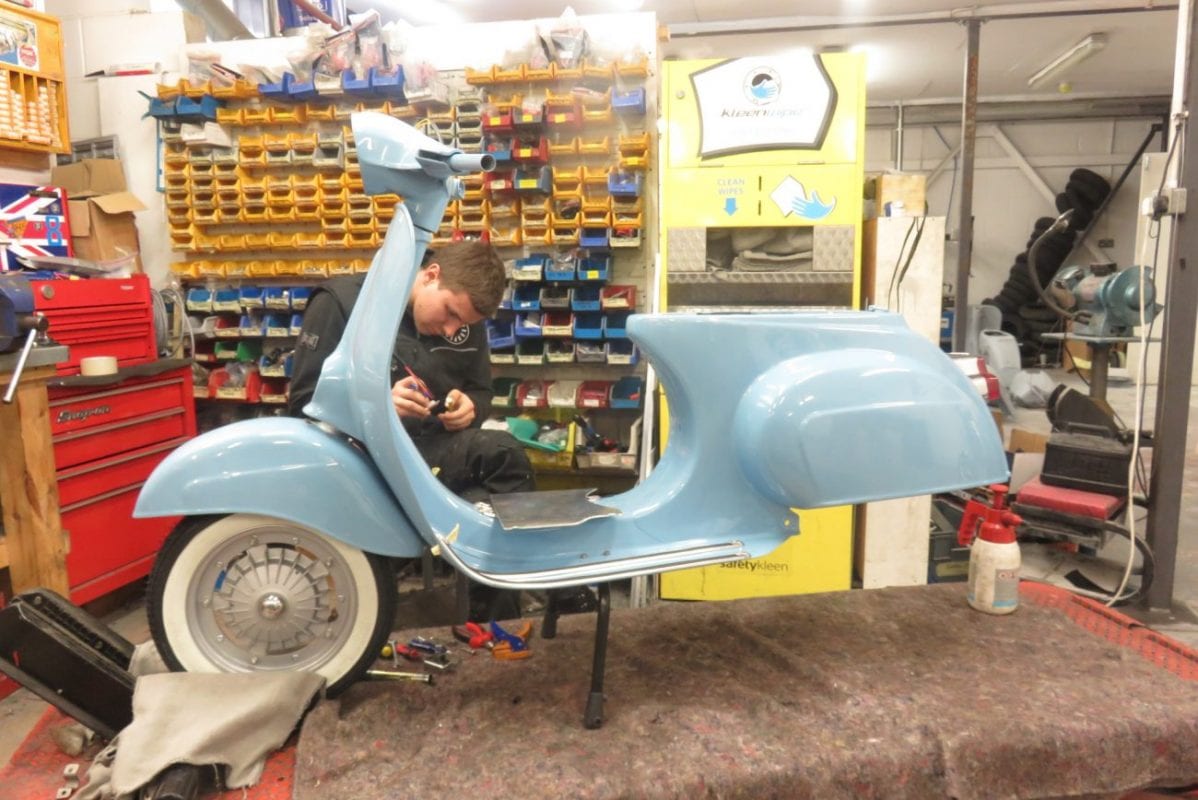 “A child could ride one of these. You sit on the scooter, turn the key, twist the throttle and you are moving.”

Niall confessed that there has been some push back from others within the scootering community whom he has termed ‘petrol heads’.

He said: “I have looked on the forums and the like, people saying I am destroying these scooters, but they have to realise that this is the way the world is going. I mean look at the London where we have the emission zones.

“Each battery will get you 30 miles, some of the larger scooters hold two or three of them. In London you rarely have to travel further than that.

“That is what scooters were originally for, not the long distances to the seaside which those in the UK used them for.” 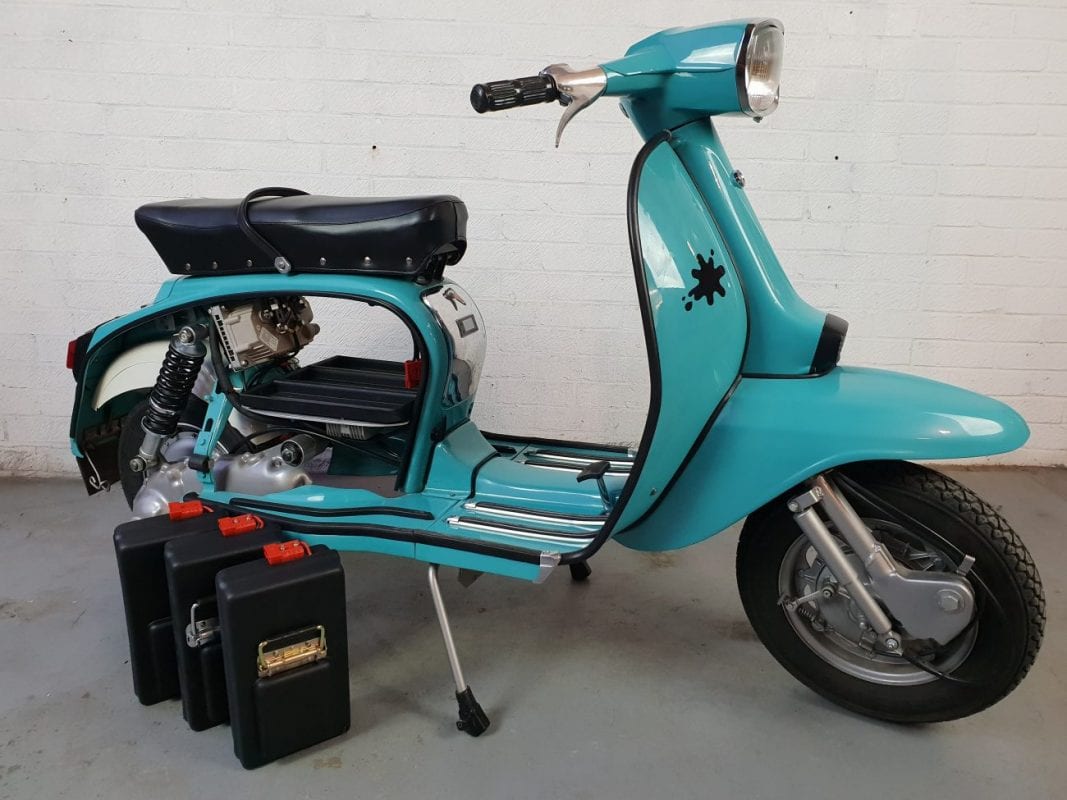 The battery is also detachable and can be charged at any normal plug socket – this is also a security feature as the scooter cannot be driven with a battery.

Niall has shipped his scooters throughout the world, from Spain to New Zealand and everywhere in between.

He has also had some high profile enthusiasts such as Blur guitarist Graham Coxon.

He said: “We are all now talking about being greener. To me you can’t drive the old scooters around emitting that much pollution and I have discovered a way of saving them from the scrapheap.”