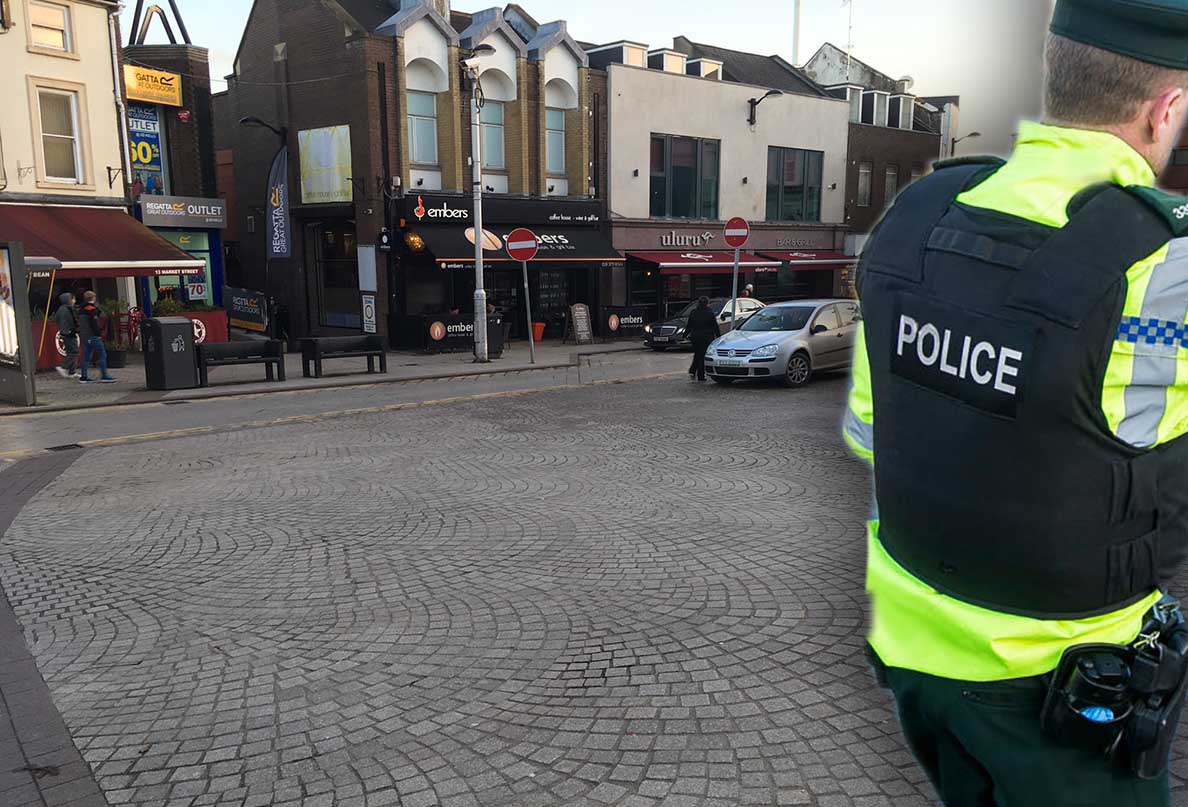 An Armagh teenager who was found bare chested and disheveled after having too much drink in Armagh city centre after an alleged fight broke out must wait until the New Year to learn his fate.

Court heard the 18-year-old also has two previous entries on his record for assault which were fuelled by alcohol.

Prosecution outlined that on August 18, police were called to a report of a number of males fighting in Armagh city centre.

Officers arrived and identified the defendant as one of the individuals involved but he ran off.

A description of Grimley was circulated and he was later found at the rear of the Charlemont Hotel. He was described as being disheveled and wearing no top.

The defendant was told to sit down on a step whilst the police awaited the arrival of the first officers on the scene of the original incident.

Grimley attempted to leave the area and told police: “I have done nothing wrong.”

Officers had to grab the defendant by both arms; he attempted to resist and had to be arrested.

He was later released into the care of his mother who attended the scene.

Defence barrister Scott McWhinney stated: “This is an occasion where this young man had far too much to drink.”

Deputy District Judge Liam McStay asked: “Would that have been similar to the two entries for common assault on his record?”

Mr McWhinney confirmed this to be the case.

Deputy District Judge McStay said: “I am going to need a pre-sentence report. Mr Grimley, you are not coming to the court for the first time for offences which were fuelled by alcohol.

“I am looking at alternatives which don’t involve you going to prison and probation will likely want you to deal with her problems with alcohol.”

The case was adjourned until January 14 for sentencing.