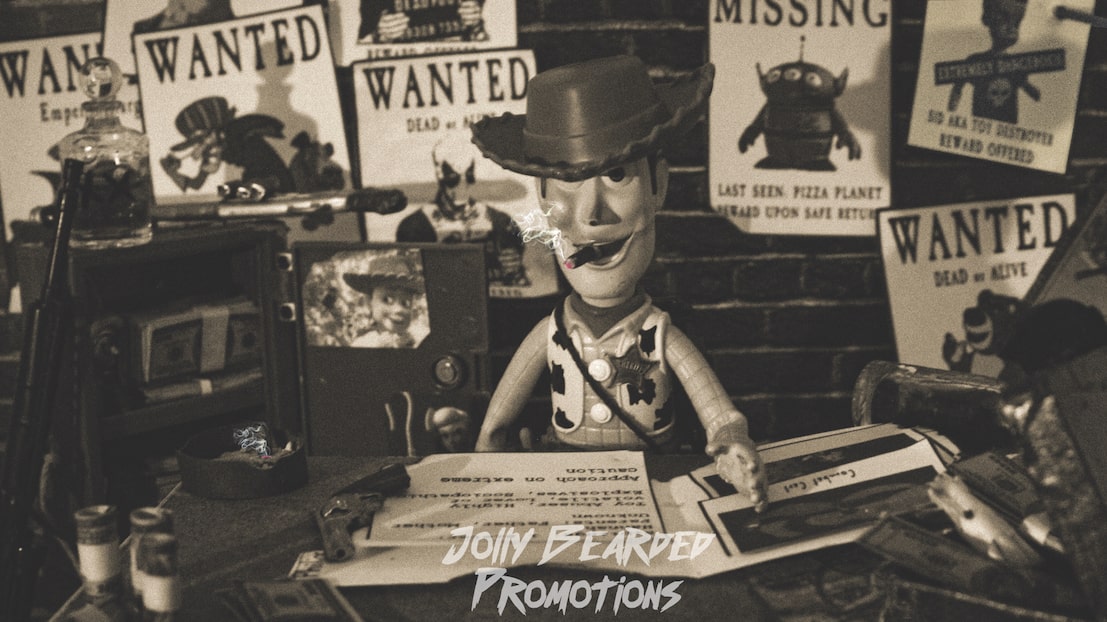 There’s a child in all of us, the saying goes, and that’s certainly the case for an Armagh artist who is letting his inner child run free in a new photographic exhibition.

Sebastian Akehurst has taken the theme of toys and turned it into a show which is sure to tug on the heart strings and revive some feelings of nostalgia.

The 29-year-old  has spent the past two years collecting and photographing the toys which will be featured in his debut exhibition at the Market Place Theatre which opens this Friday, May 28, from 6.30pm.

“It started from not wanting to grow up,”  he joked. “It’s all about imagination. When you are a child you just want to play with toys and make stories up. You are in your own fun world.”

Seb, of Jolly Bearded Promotions, so called “because I’m jolly and bearded”, has taken characters from different toy boxes and “mixed them up”. “You have Woody from Toy Story fighting Darth Vader because he’s in the same toy box. All the pictures in the show are little scenes I have set up with the toys to make them come to life,” he said.

“I have basically written an unofficial Toy Story 5 where Woody becomes a bounty hunter and is on the hunt to find the bad toys in the world.

“Dastardly and Muttley from the Wacky Races are wanted for  unpaid parking tickets and speeding fines, because Woody doesn’t like that.” As a huge Star Wars fan, Seb has also used Lego as well,  and in one picture has all the ‘bad guys’ chasing after Luke Skywalker.

To recreate the dog fights in the movie shots, he even went so far as to set off small fireworks to create the desired effect!

There are 55 images in total, including some Seb took for his degree in Interactive Media Arts from the University of Ulster, and which recreate war photography using toys.

“I have been very lucky that I have been donated toys by friends such as action figures from Guitar Hero and Marvel heroes. The Incredible Hulk features in quite a lot,” he added.

In fact, the Hulk photograph was ‘liked’ on an Instagram post by Lou Ferigno, the actor who played the character in the original TV show of the 1970s. Seb’s favourite toys when he was a child were Lego and Buzz Lightyear and most of the toys in the show are his, including Action Man figures belonging to him and his dad.

“I would like to bring a pull of nostalgia feeling, that sense of comfort, in the show. It’s going to cater for the inner child in you and the child you’re going to bring along,” he said.

“That’s why it’s is open to all age groups.”

Before Covid hit, Seb worked in Glasgow and Belfast, combining his love of music with art by doing live music photography.

This Friday’s opening night is a free ticket event and the exhibition will be on display until July 17.

The booking link is https://marketplacearmagh.ticketsolve.com/shows/873618165/events