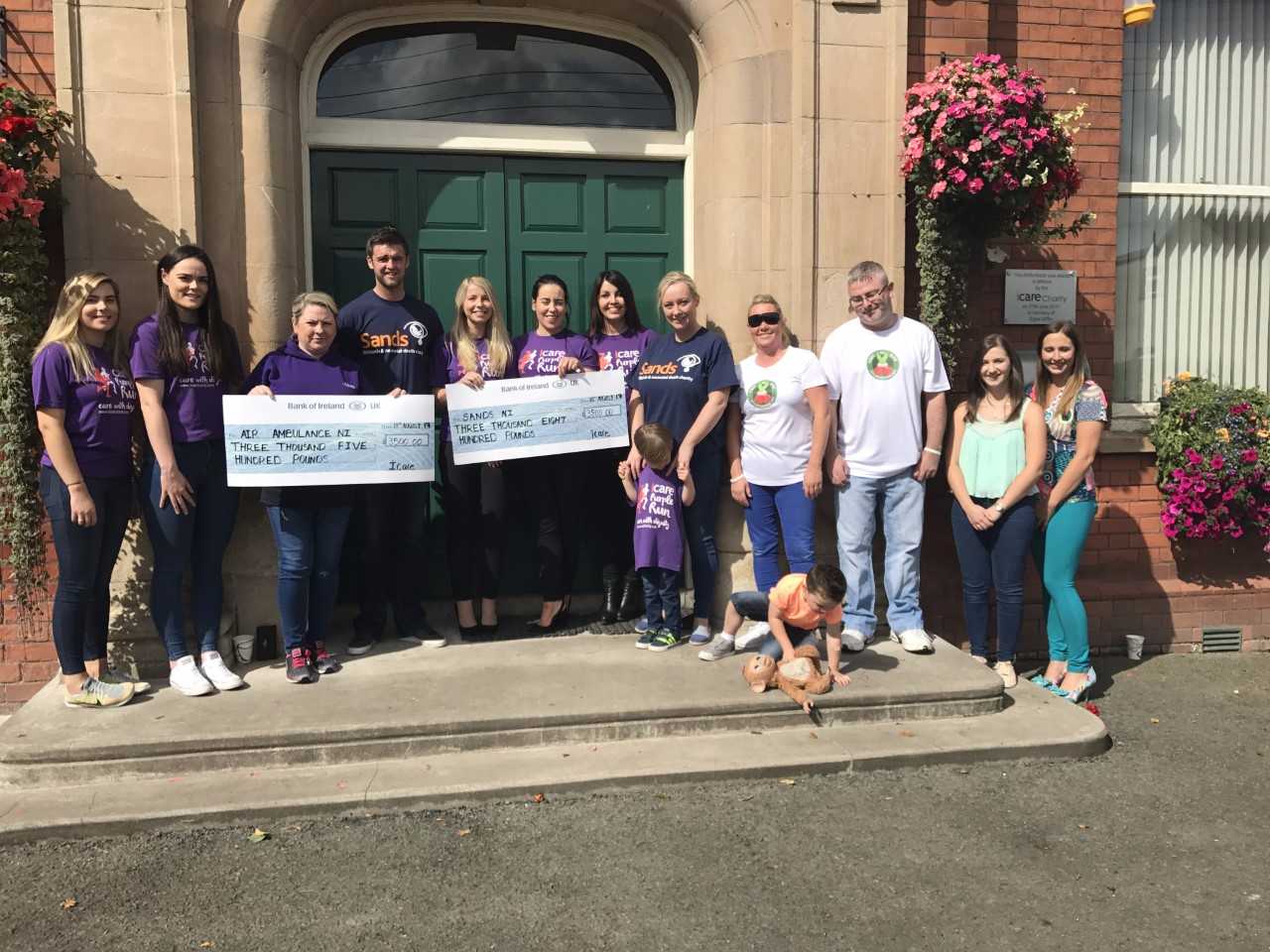 A mass sea of purple moved through Gosford Forest Park in county Armagh for a second consecutive year for iCare’s annual Purple Run.

Saturday 12th August saw athletes as well as families returning to Markethill after the success of last year’s event.

The fun-filled family affair aimed to have something for everyone, with bouncy castles, face painting and catering amidst the pre determined running course set out for attending athletes.

Runners joined together to participate in a 3k, 5k and 10k challenge in aid of showing being charitable and competitive can still run side by side.

This year’s event saw the addition of a team 5k challenge to raise the stakes for local businesses to put their reputation on the line, competing on the course, instead of the market place.

With Bubba from Bubba’s Gym Project on hand to warm up our athletes, Philip Ray on hand to photograph the action and Q Radio on hand to motivate and keep our attendees entertained, the Purple Run was under way before anyone could say..iCare.

2017’s Purple run saw around 500 participants come together from near and far to take part in this annual celebration of local community making a difference for local charities.

iCare’s pledged volunteers and participants helped to raise an astounding £8,320 through registrations of runners, local business sponsorship and a donation collection on the day of the event.

iCare is a Non-Profit Organisation, made up of volunteers from Homecare Independent Living who work tirelessly throughout the year to raise funds for a variety of charities.

The fully volunteer based charity ensures 100% of donations are readily available for those who need it most.

Proceeds of this year’s run were awarded to three worthy charities with cheques presented to SANDS, Air Ambulance and the Fight for Alfie. SANDS (Stillborn and Neonatal Death Support) accepted a cheque of £3800 which has helped fund a new bereavement suit at Craigavon Area Hospital. SANDS was selected in memory Emmet Og Rafferty.

The Air Ambulance Northern Ireland accepted a cheque for £3500, helping towards the £2m per year running cost this service is faced with raising each year.

The Air Ambulance was selected in memory of local teenager Lesley-Ann McCarragher who sadly past away last year.

iCare were also delighted to award £1020 to the Fight for Alfie’s Fund, set up to raise funds for Muscular Dystrphy UK’s Duchenne Research Breakthrough Fund.

iCare would like to congratulate our winner’s of the Purple Run:

Special thank you to those who have volunteered allowing 100% proceeds going directly to the chosen charities.

iCare would like to thank all sponsors, participants and Gosford Forest Park for making the annual event another day to remember.

For now; let the training continue as we hope to see you next summer for a hat-trick of Purple.

Check out an extensive photo gallery from the day here.