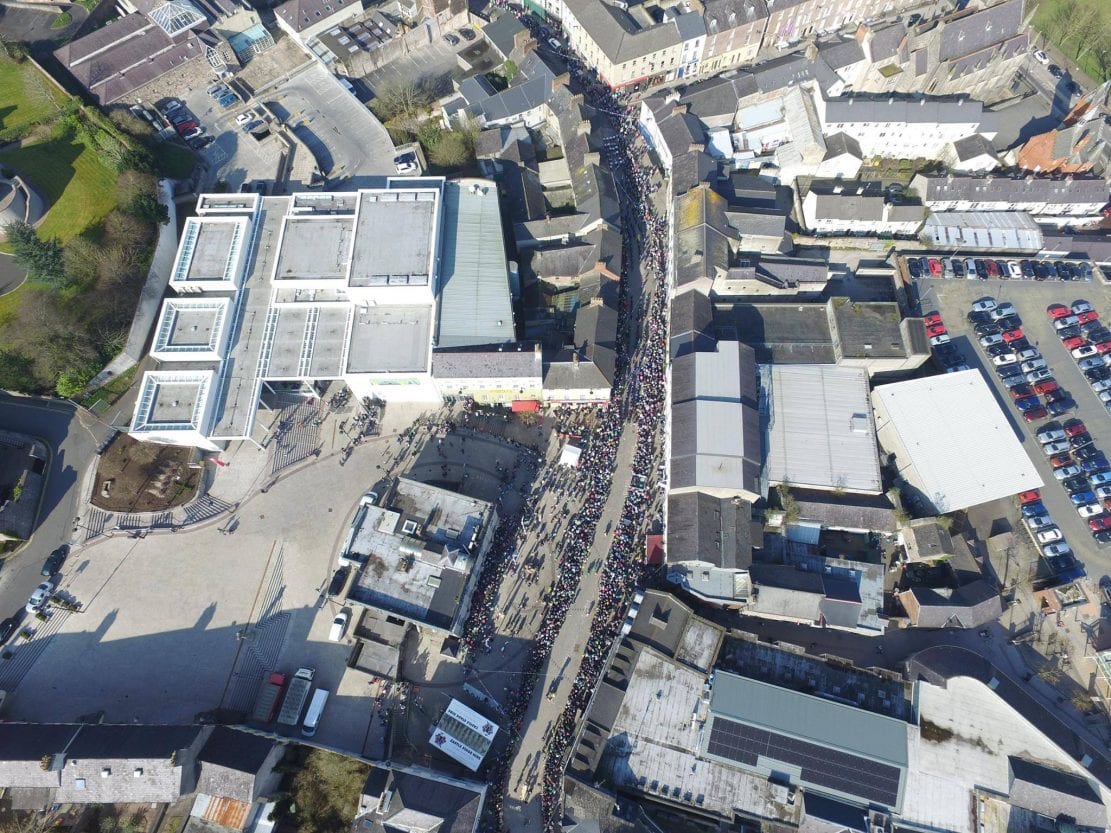 Saint Patrick’s Day is days away and we are here to give you the low down on the weekend’s festivities.

Things will kick off in Armagh on Saturday with the annual parade which will begin at 1.30pm and this year’s theme is “Invention and Innovation”.

From there it will pass the Shambles Market before finishing at around 3pm at the grounds of Cathedral Road Recreation Centre.

The city centre will be awash with a spectacular display of colour, music, dance and entertainment.

The festivities will not stop there as there will also be a day of family fun at the Shambles Yard between 1.45pm and 4.45pm.

There will be face painting, inflatable games, DJ and a community stage with local artists and groups performing throughout the afternoon.

The Shambles Yard will be open to the public again on Sunday from 1pm to 5pm with plenty more on offer.

There will be a host of activities for the children including; face painting, inflatable games, paddle boats, go-karts, caricaturists and a climbing frame.

Music will be on show including Parcel O’Rogues and King Sized Jacks.

Stalls will also be on site providing food and drink aplenty to quench your thirst or stave off the hunger.

On Sunday, there is also the second parade, organised by the West Armagh Consortium.

The procession will begin at 2.30pm at the Christian Brothers Primary School on the Keady Road.

It will make its way down towards the corner of Irish Street before making its way through Ogle Street, Thomas Street, Market Street and English Street.

It will then continue the traditional route onto the Shambles and along the Cathedral Road where it will end at Sherry Sports Complex.

Meanwhile, in Lurgan, St Paul’s GAA club will be leading the celebrations with the parade gathering at the Pavillion at 11am.

Hundreds are expected to be out to see the parade which is to last around an hour.

Following this, the weary can retire to the lounge where stew, GAA games and an evening of entertainment are on offer.

Derrytrasna Community Group will be hosting this year’s St Patrick’s Day parade which will commence at 11.30am departing from Sarsfields Hall.

It will pass through Hall Rampart, Derrytrasna, Derrytrasna Main Road, St Mary’s Church and before returning to Derrytrasna.

The award-winning St Mary’s Pipe Band will be on show and are sure to draw in the crowds out for the festivities.

Derrymacash‘s parade will start at 11am at St Patrick’s Church and finishes at Wolfe Tones GAA Club.

The Aghagallon parade, organised by St Mary’s GAC and led by a lone piper, starts at 10.15am at Cranagh Hall heading to Whitehall Rd, Lurgan Rd and into Aghagallon Village

In Magheralin, there will be a parade organised by St Michaels GFC starting at 12.20am.

The route will start at the Belfast Rd through to Ballymacbredan Rd.

This year the parade will be led by the Magheralin Samba Band.

In Blackwatertown the parade, organised by An Portmor Community, will begin at 11am from Parochial Hall and head to St Jarlath’s Church for 11.30am Mass.

The return parade will start at around 12.15pm from St Jarlath’s Church to O’Neills GFC Community Complex where complimentary refreshments will be served.

In Newry the parade will begin at the  Albert Basin at 1pm proceeding along Buttercrane Quay, Merchant’s Quay, Sugar Island and Kildare Street.

Free entertainment and music will be on offer on Hill Street, Marcus Square and Margaret Square.

Including acts such as Real-time Céili Band, the Casino Dixieland Jazz Band, The Ring of Gullion Comhaltas and The Hand Me Downs.

Traditional music with complimentary refreshments are available at the Newry and Mourne Museum from 1pm – 3pm.

The day will end with the Saint Patrick’s Miscellany, held at Newry Town Hall.

The concert which begins at 8pm will include tributes to Liam O’ Flynn and Micheál Ó Súilleabháin, supported by a symphony orchestra and will showcase a wealth of local talent.

Keady will be hosting its seventh annual parade this Sunday, the procession will begin at 1pm ay Gerard McGleenan Park and make its way through the town to the square.

Following that there is a free fun fair in the main car park off  Kinelowan Street with live entertainment for local and commercial acts.

Deputy Lord Mayor Paul Duffy has spoken of the great community spirit in Keady: “I was particularly impressed with how Keady has embraced other cultures and traditions in their parade.

There is a real sense of unity and pride amongst many of sporting and community organisations.

“Keady is widely recognised as a place where everyone is welcome to come celebrate the feast of St
Patrick in a traditional and authentic way”.

“This group has come through a lot of hardship in recent years with the loss of 3 of its members including their former chairman.

“I feel privileged to work alongside such a great bunch of community activists who work tirelessly behind the scenes to make St Patrick’s a fun-filled family occasion for.”

If there is a parade you want to see included, please email info@armaghi.com with the details.