'I am really proud of what the students managed to achieve. They really stepped up' 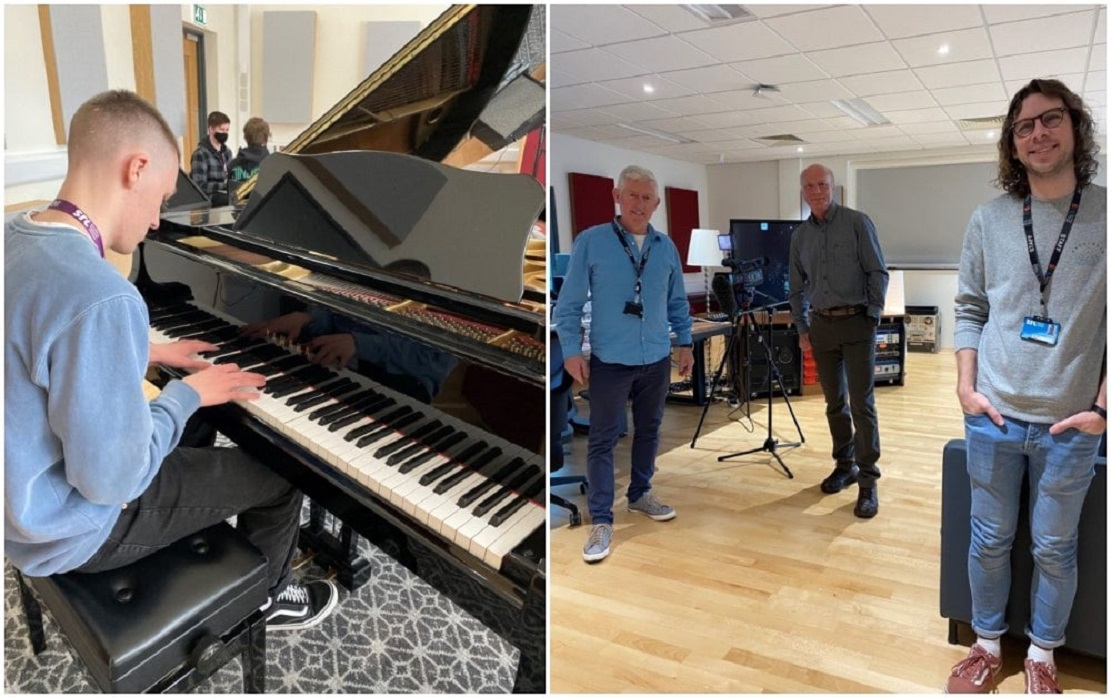 Music students at Southern Regional College (SRC) have been putting Armagh on the global map with a special soundtrack for a film being shown at the climate change summit in Glasgow.

Students in the second-year HND class at Armagh campus have been working since September on the project in conjunction with Armagh Observatory and Planetarium (AOP).

The 18-minute show, entitled ‘Our Place in the Cosmos’, highlights the uniqueness of planet Earth as the only habitat yet known that can sustain life.

It contrasts Earth with its nearest planetary neighbours, Venus and Mars, and illustrates what would happen should sea levels rise.

Today (Tuesday), a special screening of the show took place at the planetarium attended by music students and lecturers from the Armagh campus – and Armagh I got a peak preview as well!

The sold-out show is being screened in Glasgow twice a day for the duration of the COP26 conference. It runs until November 12 and is bringing world leaders together to tackle climate change.

Our Place in the Cosmos is also being screened free at the planetarium from tomorrow every day except Monday, November 8.

Speaking after the preview, Paddy Craig, music HND co-ordinator, said that as soon as the students arrived to start the year, it was straight into the project.

“It is really exciting,” he said. “We are a great believer in vocational education, working with live briefs, so having this come up was the most perfect opportunity for our students.

“We were quite deliberate in that we wanted to push the students our of their own comfort zone, to make them learn more about synthesis.

“We made every student work with a synthesiser … then we set them all a brief to write a short piece of music on the theme of our cosmos.”

The music was produced by Mr Craig along with Matt Duke, Level 3 co-ordinator, and Edith Elliott, part-time lecturer.

Mr Craig said the project was a fantastic opportunity to create original music and that the students had “got so much out of it”.

“In a composition, you need to underpin the emotional aspect of it without overpowering it so that the message comes across in an effective way,” he said.

“Whenever you watch a film you always know a successful score because you walk away feeling a deeper emotion and engagement with the film.

“You don’t walk away saying that was a great piece of music. You walk away feeling you have really invested in that story and that was the goal.

“I am really proud of what the students managed to achieve. They really stepped up.”

Heather Alexander, senior education officer (creative and tourism),who provided the voice-over in the show, said: “The music fits in so well. Michel and I went down to listen to some of the audio. The whole education team here was blown away by it.”

Professor Michael Burton, director at the planetarium, who wrote the content for the show, said: “The presentation I have created clearly demonstrates what we know about our planet and the conditions that led to an environment suitable for life, but also pose questions for future investigation.

“COP26 provides us with a global platform to share the importance of science and space discovery in order to protect this planet and the wider solar system for future generations.”