Work continues to complete new superstore ahead of summer opening 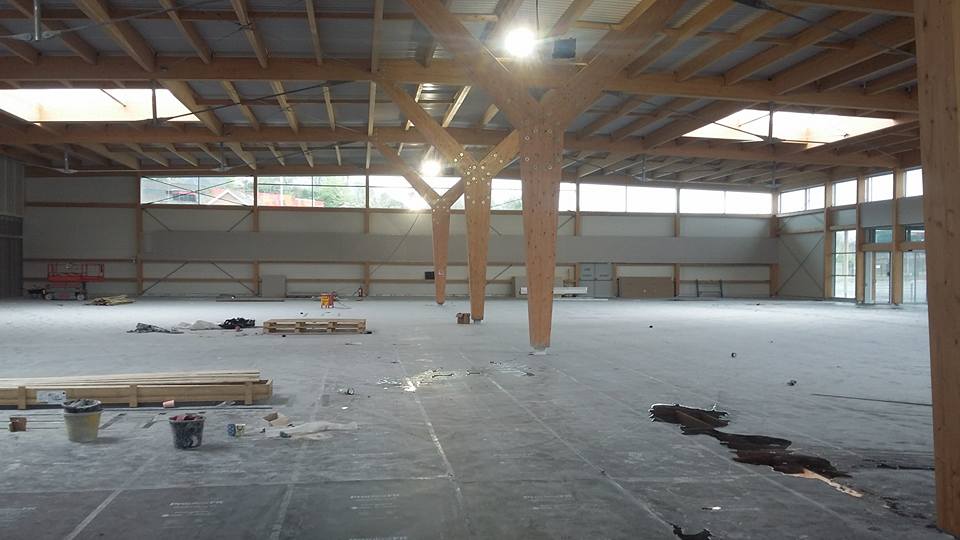 These pictures show work developing on Armagh’s new Home Bargains store ahead of its summer opening.

The huge outlet is understood to be the retailer’s biggest in Northern Ireland.

Armagh-based painter and decorator CL Contracts has been employed as part of the team working to ensure all goes according to plan.

Managing director Chris Sean Lyttle is delighted to be involved in the project.

He told Armagh I : “It has been fantastic to play a part and like everyone else I am looking forward to seeing the new store opening.”

This part of the work will be followed by the internal fixtures and fittings, with shelving and aisles put in place.

Last month Armagh I revealed that the new store at Alexander Road is due to open in late June.

The will take in the massive ‘super-store’ site which had previously been earmarked for Tesco.

Home Bargains revealed last May that it had acquired the site and was planning to open at the latter part of 2016 or early this year. But there were growing doubts over whether or not the move would go ahead as the months passed by.

Last month we confirmed that Home Bargains was once again pressing ahead with the Armagh store.

Some 100 new jobs will be created as a result, with moves already made to recruit senior positions.

Shop floor staff and other roles are expected to be advertised in the next number of weeks.