The request - to be debate tonight (Monday) - was requested as a "mark of respect for Michael Snee and Aidan Moffitt and to stand in solidarity with the LGBT community against hate". 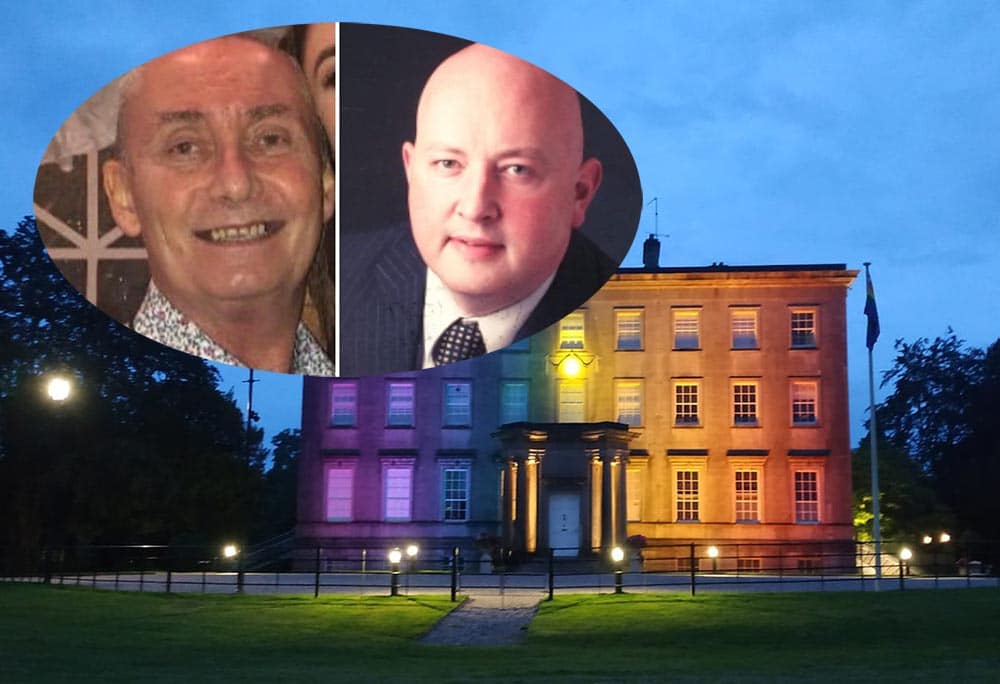 ABC Council buildings could be lit up in the colours of the rainbow flag as a mark of respect to Michael Snee and Aidan Moffitt.

A request for the move was made in the immediate aftermath of the murders of the two men in Sligo earlier this month.

And at tonight’s monthly meeting of Armagh City, Banbridge and Craigavon Borough Council, councillors will consider this additional request to illuminate key buildings in the borough.

Fifty-eight-year-old Michael Snee and Aidan Moffitt, 41, were both found murdered at their homes in Sligo just hours apart.

They had been brutally murdered and a man, 22-year-old Yousef Palani, has since been charged with killing the two, as well as assaulting a third man days earlier.

The horrific nature of the murders sent shockwaves across the country and around the world and vigils were held as a mark of respect and to demand heightened sentences for those convicted of such hate crimes.

In Newry, Mourne and Down District Council, online books of condolences were opened to allow people to express their sympathies after the shocking killings.

And in the ABC borough, a request was also made 10 days ago to have civic buildings illuminated in the colours of the rainbow flag, something which has now been placed on the agenda for consideration.

The move was requested as a “mark of respect for Michael Snee and Aidan Moffitt and to stand in solidarity with the LGBT community against hate”.

Traditionally, buildings which are lit include the Palace and Gaol in Armagh, the Old Town Hall in Banbridge and Craigavon Civic Centre.

The issue of the rainbow flag has courted controversy in the past when it comes to flying it from civic buildings. While a notice of motion was passed in 2018, showing support to fly it for Pride, this was latter ‘called in’ by the DUP, which meant it was not in time to proceed for that occasion, sparking protests locally.

It did, however, fly from the flagpole outside the Palace in Armagh, which was lit in its colours, and in other venues across the borough the following year.

This request is separate to the Pride illuminations and specifically made in light of the murders in Sligo.

If councillors agree tonight (Monday) to light up buildings in this way, officers would move to fix a date for this to happen.