Armagh, Fairgreen in Portadown, Keady, Markethill, Newline at Lurgan and Tandragee will also see reduced hours between now and the end of next March or April 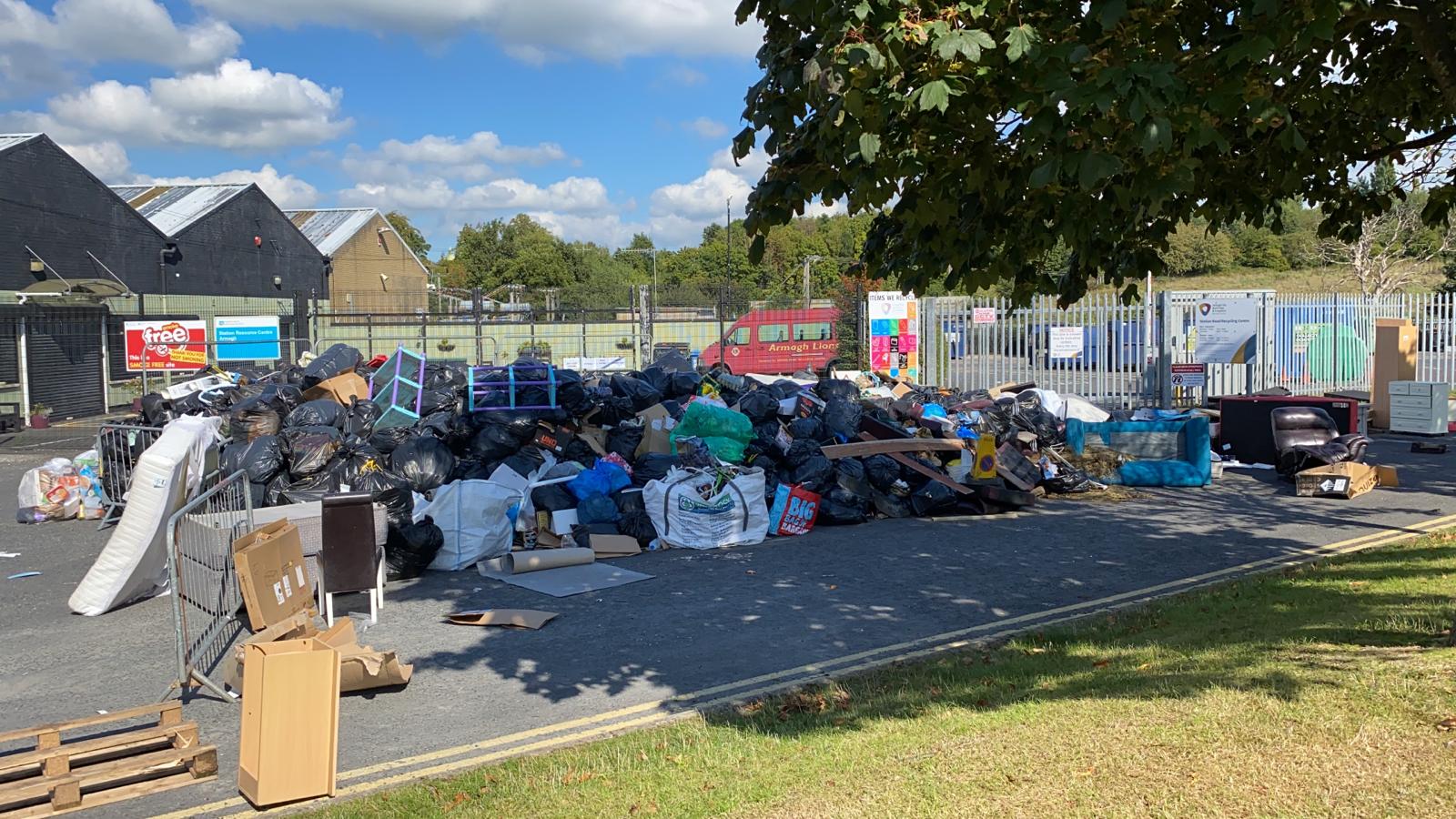 Piles of rubbish outside the recycling centre at Station Road, Armagh, during the recent strike.

Six of recycling centres in the borough are now operating under their winter timetable, it has been confirmed.

From today (Monday), opening hours have been reduced, and move coming weeks after the strike which had them closed completely came to an end.

The six centres impacted by the change are Armagh, Fairgreen in Portadown, Keady, Markethill, Newline at Lurgan and Tandragee.

Keady recycling centre was open on Monday, October 3 from 9am to 4pm but after that will be closed on a Monday.

Until April 30, Armagh recycling centre will open Monday-Friday 8am to 4:15pm and Saturday from 9am to 4:15pm.

Markethill recycling centre will be closed on Mondays and will will open Tuesday-Saturday from 9am to 3.45pm until April 30.

Tandragee recycling centre will be closed on Mondays and will open Tuesday to Saturdays 9am to 3:45pm until April 30.

The borough’s other recycling centres in Banbridge, Dromore and Rathfriland begin their winter opening hours on Tuesday, November 1.