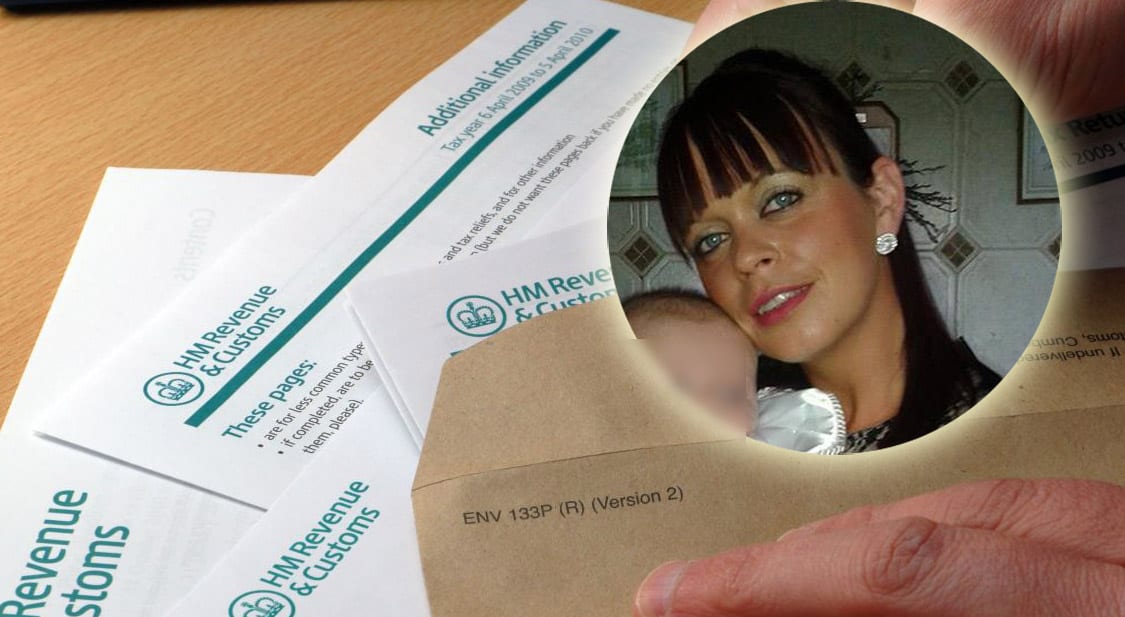 A single mother of three who had her tax credits wrongly cut for 10 weeks was forced to borrow from friends and family to help feed her young family.

Kelly Nixon, 31, from Armagh, lived on just £30 per week for more than two months, leaving her depressed and in need of refuge as the threat of eviction from her rented home loomed large.

Concentrix, which employs more than 1,800 staff in Belfast, was given a £75m HMRC contract to reduce fraud and error in the tax credits system.

However, following a host of complaints over its handling of the job, the deal will not be extended when it comes up for renewal in 2017.

Miss Nixon was one of the many victims who suffered at the hands of the company.

Speaking to Armagh I, she explained: “I just got a letter to say they were stopping my tax credits because there was a woman living with me. I rang them up and told them she was my landlord but they were having none of it.

“Everything they asked for, I sent it, even the landlord herself sent stuff to help. That didn’t work as they told me they were closing my case and that I’d have to make a new claim.”

She added: “Every time I rang Concentrix they were telling me things about HMRC and vice versa, you just didn’t know who you were ringing. I was left with £60 a fortnight for myself and three kids to live on. They didn’t care about that.

“It was very difficult to cope. I was behind on my rent, I had to borrow money, which left me having to pay that all back, to family and friends. My auntie was taking me up every evening for dinner.

“I am very independent and don’t like depending on anyone but I had to lean on people for help. It really got me down, I was so depressed. It was terrible.

“I was thinking about moving into my aunt’s house with the three kids. The landlord was close to evicting me because I was so behind on my rent. That didn’t help matters. It was the worst 10 weeks of my life.”

Thankfully she sought the help of a local councillor.

“I went down to Thomas O’Hanlon and asked him to help,” she continued. “He asked the company what was going on because I was being told all sorts over the phone.

“He was then told I was getting nothing so he worked on it. In the end they said it was their fault and they apologised. It still wasn’t good enough. I provided everything they wanted and sat for 10 weeks with three kids and no money coming in.

“There was such a relief when it was finally over. Thomas had texted me on the Friday morning to say he had great news for me. He told me to expect the money on a Monday morning but it was actually in on the Saturday morning, everything they owed me.

“Those weeks where I didn’t know where the next penny was coming from, I wouldn’t wish that on anyone.”

The Government said Concentrix had “not been providing the high levels of customer service that the public expect and which are required in their contract”.

Justin McNulty MLA said: “Tax credits are a vital part of the household income for many families across this constituency and are targeted at low and middle income families. Many rely on them for assistance with childcare costs to enable parents to work.  In recent months our office have helped countless people who have had their tax credits stopped as part of an investigation by Concentrix.

“In many of the instances the benefits have been stopped because of some very outdated information held by HMRC or partner agencies and, in many cases, they are questioning who is living in a property, they stop payment only to discover that they hold details for the claimant and his/her landlord.

“However what is deeply concerning is that when claimants provide information or evidence, it is simply ignored and tax credit payments are stopped.”

He added: “I welcome the news that HMRC have listened to the concerns of local representatives about the shambolic way people are being treated and are to move the service in-house.

“However, when this happens we must see a complete change in attitude by them.  I have been helping young families struggling to survive, some on as little as £30 a week whilst waiting on HMRC to get their house in order.

“Families are really struggling, HMRC and Concentrix are putting local families under extreme pressure with their current policy and any service which replaces Concentrix must be realistic and take account of the impact of their decisions on people’s lives.”