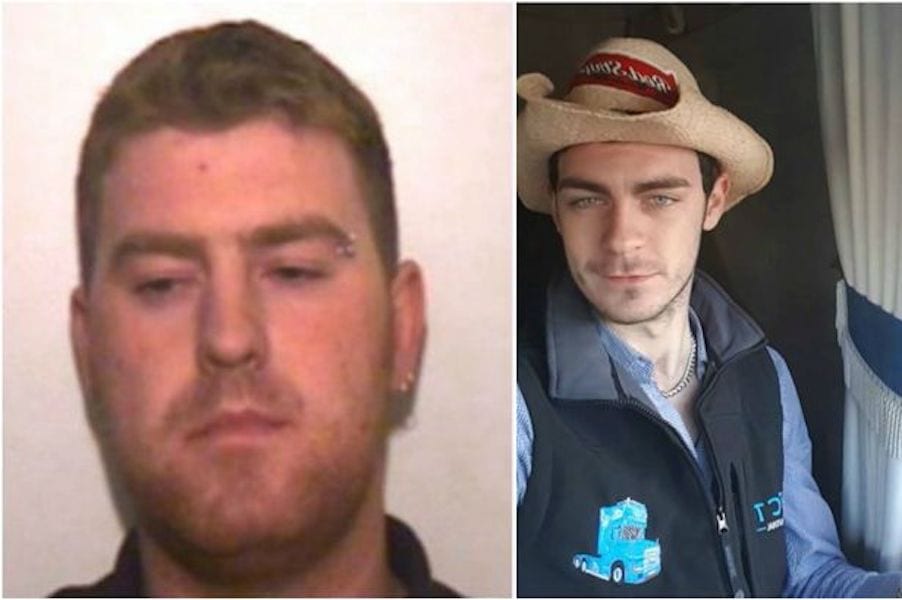 A Co Armagh man has been charged with manslaughter in connection with the deaths of 39 Vietnamese nationals in a refrigerated lorry container in Essex.

Ronan Hughes (pictured left) is due to appear at Dublin’s High Court tomorrow (Tuesday) charged with 39 counts of manslaughter, as well as immigration offences.

Essex Police said the 40-year-old, who had been wanted since last October, was detained earlier today following the execution of a European arrest warrant in Ireland.

The 39 Vietnamese nationals were found in a lorry container parked on an industrial estate in Grays on October 23 last year.

Ten teenagers, including two 15-year-old boys, were among those found dead.

Maurice Robinson, 25, from Laurelvale, pleaded guilty to 39 counts of manslaughter earlier this month.

A further hearing will be held in Dublin on Thursday May 7, Essex Police said.