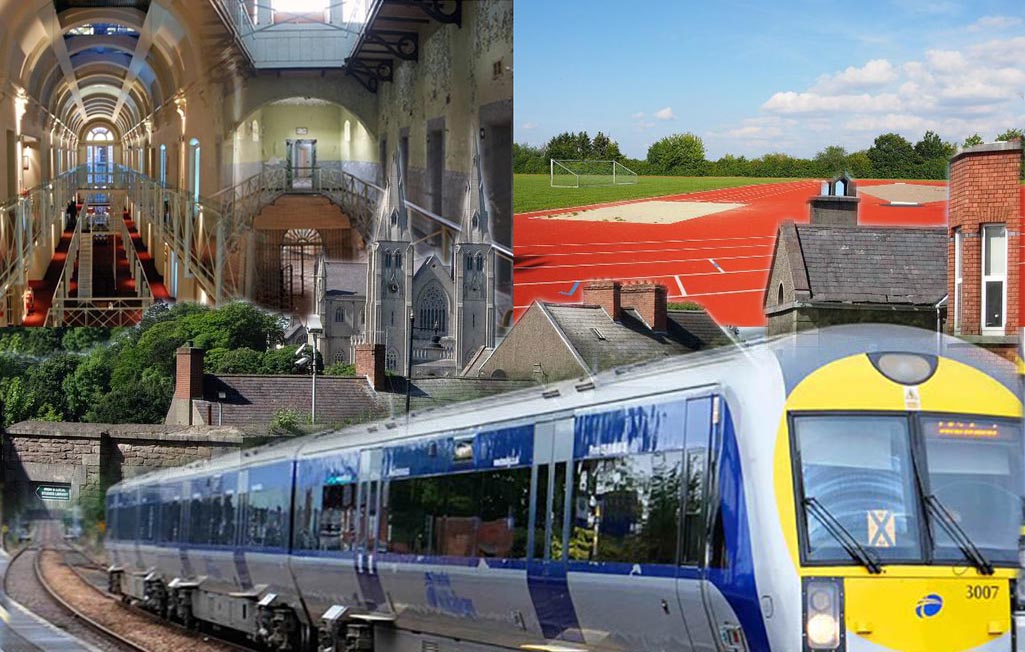 Plans for a science park and world class leisure village are at the centre of ambitious plans for the “cultural regeneration” of Armagh city.

In the new 38-page Armagh Place Plan report – a Northern Ireland-first – released this week, there were a number of highlights identified, which would contribute to the reinvention and development of the city, both in the short to medium and long-term.

Among the key points were proposals for a multi-million pound leisure village, alongside a science park of “scientific excellence”, at Mullinure. Plans for these are already in the offing.

A ring road to remove HGVs from the city centre was an issue cited by many during the study, which was carried out to help shape the report, with the plan now focussing on bringing those long-muted plans to the fore.

In terms of transportation, the Armagh Place Plan has firmly set in its sights the re-establishment of the Armagh-Portadown rail-link, with a technical study set to be undertaken in the very short-term.

The last train pulled out of Armagh on October 1, 1957, and calls for its reinstatement have been seen by some as a pipe dream but with departmental backing, the reality inches closer.

The report also cites the improvement of transport into, and around Armagh, as a key factor in developing green and blue infrastructure within the city – connecting its open spaces. The unwillingness of respondents to cycle was a major factor in this determination. The plan has a particular focus on greener initiatives.

And while hopes to reinvent the former gaol, just off the Mall, appear to have stalled in recent years, there remains a tangible desire for a positive development in the not too distant future.

The Plan aims to explore how the ground floor and public space around the gaol could be used as a shared space for “community ideas, activities and coming together”.

The gaol came up in many of the conversations around, and during the development, of the Place Plan. It is strategically located next to The Mall but has lost prominence due to the heavy traffic that surrounds it, as well as its current vacant state.

The report adds: “Securing the long term sustainability of the gaol remains a priority and diversifying its uses and making it a multifunctional space is how that should be achieved. Part of the space should remain open and accessible for the community and visitors and should incorporate the stories (and ghost stories) that many people told during the engagement.”

The council has been exploring external funding for the redevelopment of the building and is working with the Osbourne Group in realising its potential, however, funding has proved a sticking point up until this point.

However, the project, with a renewed post-pandemic effort, it is hoped, “could create a significant economic boost for the city and act as a catalyst for further investment”.

There is also aspirations for the creation of a social supermarket in the city, with the borough often labelled as the Food Heartland. It is believed that through increased coordination locally, food can be made more affordable for those experiencing poverty.

The next steps for the supermarket include researching viable models and to work with food banks to get that process perfected.

Elsewhere in the detailed blueprint, the fact that one in four city centre properties currently lie vacant was flagged as a concern.

In public engagement sessions people felt there was “not enough activity and diversity of uses to keep the city feeling safe and welcoming, particularly at night”. Armagh Place Plan has identified that as an urgent issue needed fixing.

Later this year, Armagh will get involved in the High Street Craft Kit – a process, run by the Department of Communities, by which people collaborate on how buildings and spaces adapt, “building resilience and economic opportunities where they may not have been before”.

Other objectives include making more creative use of Armagh’s open spaces and to get residents and businesses involved in transforming their rooftops.

Welcoming the launch of the Armagh Place Plan, Communities Minister Deirdre Hargey said: “I am delighted my Department has been able to support the development of the new Armagh Place Plan, an important roadmap for those who wish to live and work, to visit and invest in Armagh.

“The Department recognises the importance of high quality places in which communities can thrive and, through the
development of the Armagh Place Plan, we now have a real opportunity to help build a green, healthy, connected and engaging city.  I look forward to seeing this ambitious vision for Armagh City, come to life over the coming months and years.”

Speaking at the event the Lord Mayor of Armagh City Banbridge and Craigavon Borough, Alderman Glenn Barr said: “The collaborative partnership process that has created this visionary Place Plan for Armagh is a clear indicator of the energy, passion and commitment local businesses, statutory agencies, community organisations and residents have for our richly historic and unique city.

“This Plan recognises and highlights the culture that weaves through Armagh’s people, buildings, places and spaces,
creating a vision for the future of a vibrant, creative and environmentally responsible city”.

If anyone is interested in finding our more about the Armagh Place Plan you can telephone: 028 40660644, email:
communityplanning@armaghbanbridgecraigavon.gov.uk, or check out the plan here.