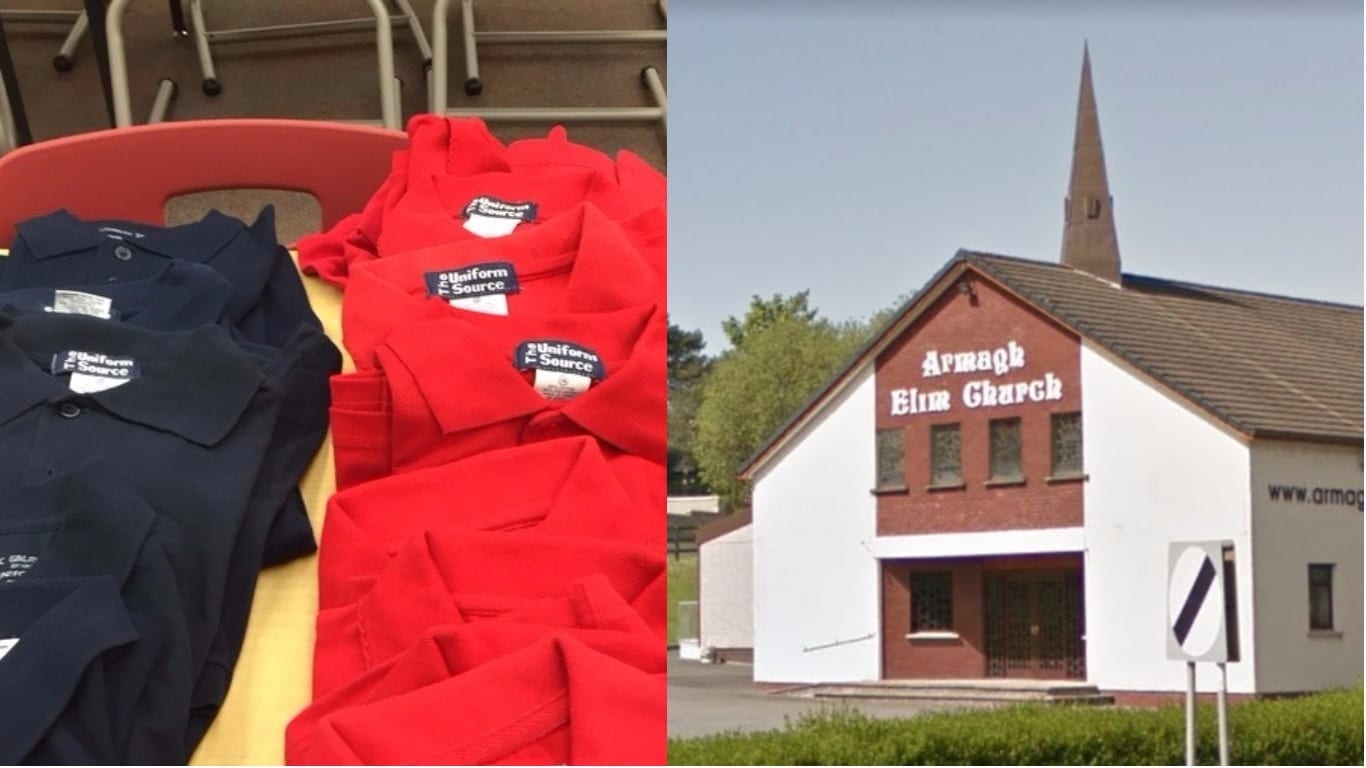 Struggling families across Armagh will be able to pick up school uniforms for free at the city’s Foodbank.

Armagh Foodbank, at the Elim Pentecostal Church, recently began a campaign to collect a range of uniforms and PE kits from the schools across the city region.

The scheme is currently only available for those schools in Armagh city but there are plans to widen their appeal in the future.

Tracey Walker, a volunteer at Armagh Foodbank, explained to Armagh I the thought process behind the campaign.

“It’s something I had in my mind even before I started volunteering at the Foodbank,” Tracey explained.

“I had been approached the Armstrong Primary School where my kids went but it wasn’t something we could get off the ground because we didn’t have anywhere to house the stock.

“It was always something I wanted to do for a long time. There’s always a tipping point for when people need a Foodbank, and that is usually Christmas and going back to school because of that extra outlay.”

She added: “Times are just getting tougher for people and as everyone is beginning to feel the pinch a little more, these are the kind of things which might help.

“I know, even for myself, with our kids, it was big money for a blazer alone. You’ve also got stuff that still has a lot of wear in it but nowhere to take it. It’s really about filling a gap that already exists, we’re just facilitating it.”

Tracey says the campaign should have been up and running a little earlier in the summer but already people have been supporting their drive.

“We’ve had a good response, even in the short time,” she said. “Saints and Scholars [Primary School] sent a lot of stuff down, even from the lost property section. So many schools will have items in their lost property.

“And we’ve had plenty of calls from people either wanting to donate or people even wanting to come in and see what we have; it’s all about getting the word out.

“It’s starting to gather momentum, even in these early stages.  That can only get better as people begin to realise that  the service is here.”

She added: “It isn’t a comprehensive list of stuff we have at the moment; we don’t have everything from every school but hopefully that will begin to change.”

When donated, everything is then washed and ironed ready to go back out again.

If you wish to donate, you can drop items off at the Foodbank (off the Portadown Road) any Tuesday or Saturday, between 10-12.30pm or call 07801562375 or message the Foodbank on Facebook.

Uniform can also be left of at Arke Sure Start office Armagh and the armagh Rural Transport Office, Monday to Friday 9am to 5pm.