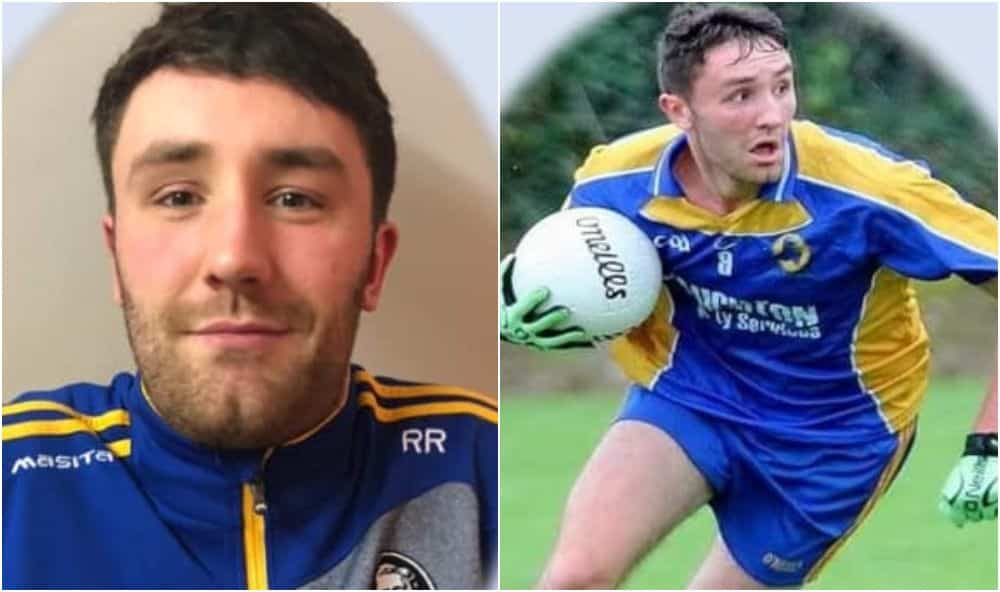 A GAA club has led tributes to a “wonderful” young man who “possessed remarkable skill and determination as a Gaelic footballer” following his sad passing this week.

Rohan Rafferty, who spent his younger years in Armagh, before moving to County Clare, died peacefully at home on Tuesday, surrounded by his loving family.

He was the loving son of Marian O’Loughlin (Carron, Co. Clare) and Philip Rafferty (Madden, Co. Armagh) and adored brother of Saoirse Rafferty.

Michael Cusack’s GAA Club, where he played his football, paid a heartfelt tribute to “a wonderful person, a great friend and an outstanding teammate who was so highly thought of by everyone within our club and community”.

“Rohan had a passion for sport and Gaelic football from a young age and won an Ulster Championship for his school team, Armagh CBS.

“As a young boy, he was chosen to play at halftime in Croke Park during an Armagh senior football game and represent his primary school. Rohan was extremely studious as well as physically active throughout his time at secondary school in St. Flannan’s College, Ennis and was a member of the Corn Ni Mhuiri St. Flannan’s Football team. He received a bursary award for his high academic achievement in the Leaving Certificate.

“Rohan went on to study Economics and Finance at UCD and played on the UCD Freshers football team that won the 2012/2013 All Ireland League. Rohan also won a Junior All Ireland during his time studying at UCD.

“Michael Cusack’s GAA Club was where Rohan played alongside his closest friends and neighbours. From a young age Rohan possessed remarkable skill and determination as a Gaelic footballer and was a standout player in an U16 football championship winning team. Rohan also played as part of the North Clare underage amalgamation, Clann Lir. Again, Rohan was a key player for the Clann Lir Minor B championship winning team, a team which would go on to contest an U21 A county final in the following years.

“Rohan was quickly promoted to the starting fifteen of the Michael Cusacks Junior A team when he first became eligible to play adult football for the club. During 2012, Rohan became a key player and a fixture at wing half-back for the team which went on to win a league title and contest the Junior A championship final of that year.

“Rohan gave many memorable and committed performances in the Cusack’s jersey and was a mainstay on Michael Cusack’s teams throughout his career. His determination and passion for the game and club was an inspiration to all who were privileged to line out alongside him. Rohan will be deeply missed and dearly remembered by his friends, teammates and everyone within Michael Cusack’s GAA club. Ar dheis Dé go raibh a anam dílis.”

Rohan’s funeral mass will take place at St. Columba’s Church, Carron on Saturday, September 24 at 11am.