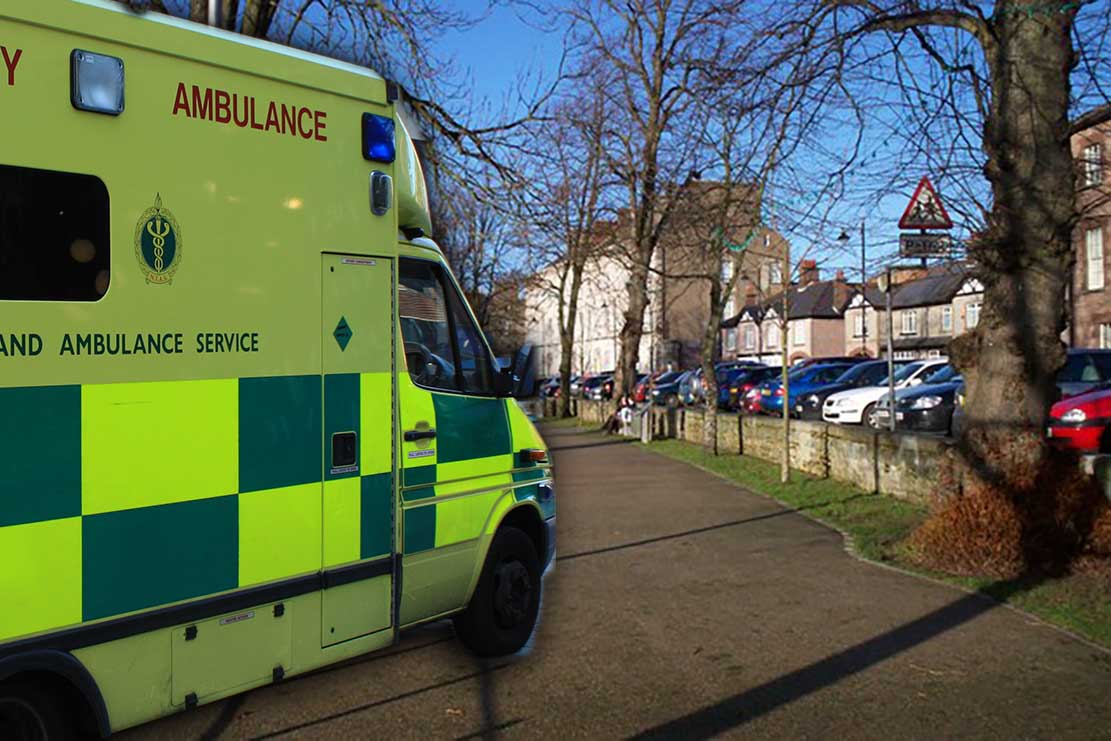 An Armagh woman sustained multiple fractures and a serious head injury after a horrific fall in Armagh – and not one person came to her aid.

The incident happened around 8pm on Friday evening and it has disappointed the family that nobody stepped forward to help when she was clearly in great pain and distress.

The woman who fell is in her 40s and had been jogging along with her brother at the time on what is a regular Friday night run.

She sustained two broken arms – one of which was fractured in three places – as well as splitting her head.

An aunt of the woman said they were stunned that nobody had stepped up to offer assistance or comfort.

She said: “Lots of people were on the Mall and not one person came to assist them or call an ambulance.

“Is it not a very worrying time that people can’t see other people’s distress?

“They are both in their 40s – not children – and I think my nephew was annoyed at the lack of help on such a distressful time and this is on our Mall”.

The pair had been getting ready to cross the road from College Hill onto the Mall when the women caught her toe on the kerb causing her to fall.

The injured woman’s aunt explained: “This caused her to take a bad fall knocking herself out and breaking both arms.

“There would have been plenty of people about but no help was forthcoming.”

The couple travelled to Dungannon hospital, which was closed, and were forced to make their way across to Craigavon Area Hospital for treatment.

They did’t want to be any nuisance calling an ambulance, the aunt said.

She said: “At the moment she is being looked after by family, which will be for some time.

“Of course, I do understand people maybe not wanting to interfere, or understand the gravity of the situation for the pair but for nobody to offer any assistance is worrying”.