Root for your favourite, as Tree of the Year shortlist is revealed 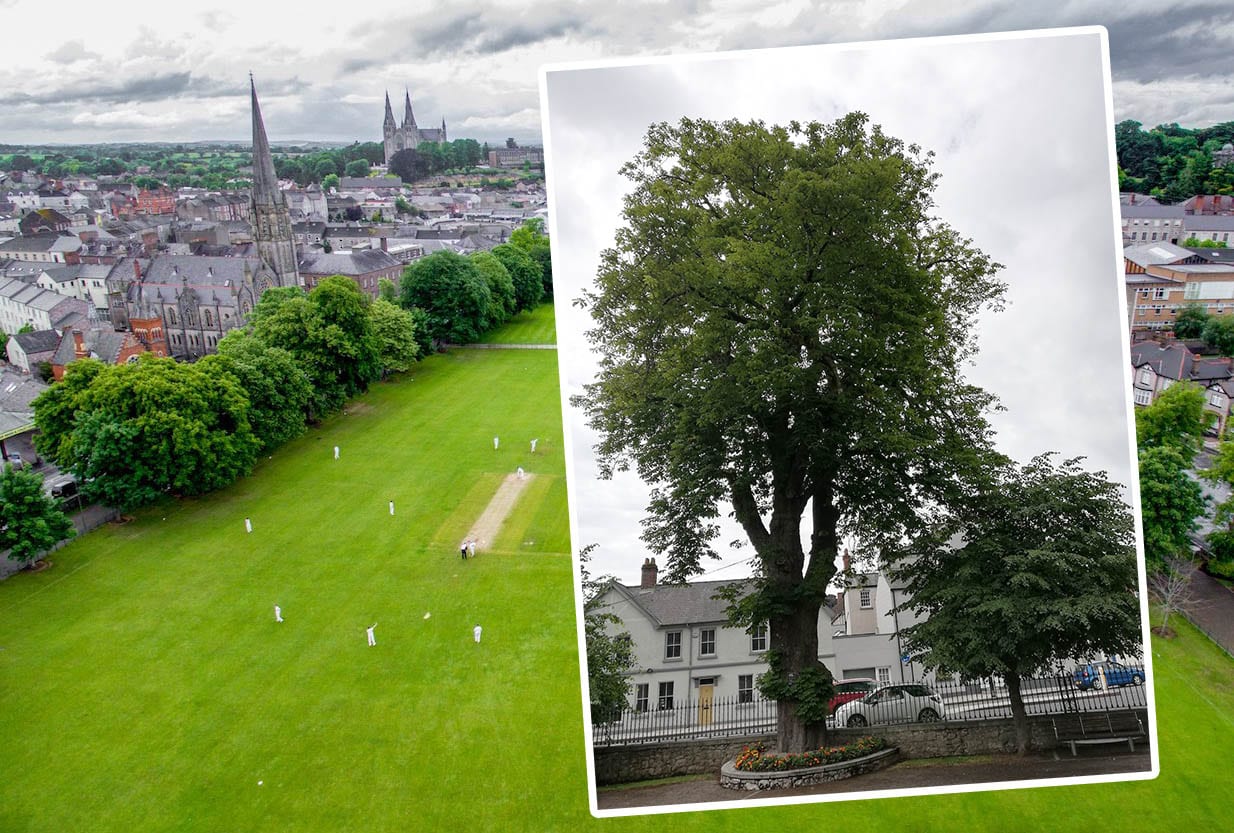 An invisible tree, and a pair of sibling Yews –are just two of six amazing contenders shortlisted by the Woodland Trust in the search for Northern Ireland’s Tree of the Year 2019.

The competition aims to highlight and celebrate the country’s remarkable, yet unsung, trees.

And members of the public are asked to play a part by simply voting for their favourite from the final
shortlist.

The process is simple – the tree with the most votes wins and with it comes a tree care award of £1,000. This could assist a health check from a specialist, educational materials or a community event in celebration of the tree.

Ian McCurley is the director of the Woodland Trust in Northern Ireland and said: “We asked the pubic to nominate their best-loved trees – trees with stories – trees at the heart of communities and we’re now delighted to reveal the final line-up of six.

“The Woodland Trust wants to see better protection for ancient trees and woodland and this competition is just one way of putting our precious trees in the spotlight.

“Each of the six shortlisted trees is unique, with a story to tell. I have no doubt this will be a close-run competition, and that’s why it’s so important that each and every one of us takes the time to vote.”

The Woodland Trust’s Tree of the Year competition runs in Northern Ireland, England, Scotland and Wales.

Each country, thanks to the public vote, will have its own champion. Just one of the four national winners will be selected to represent the UK in the 2019 European Tree of the Year contest

Take a closer look at the shortlist and vote for your favourite tree at woodlandtrust.org.uk/treeoftheyear Voting opens on 9 September (from 8.30am) and ends at noon on September 27. Everyone who votes will be entered into a prize draw to win £100 Sainsburys
vouchers. 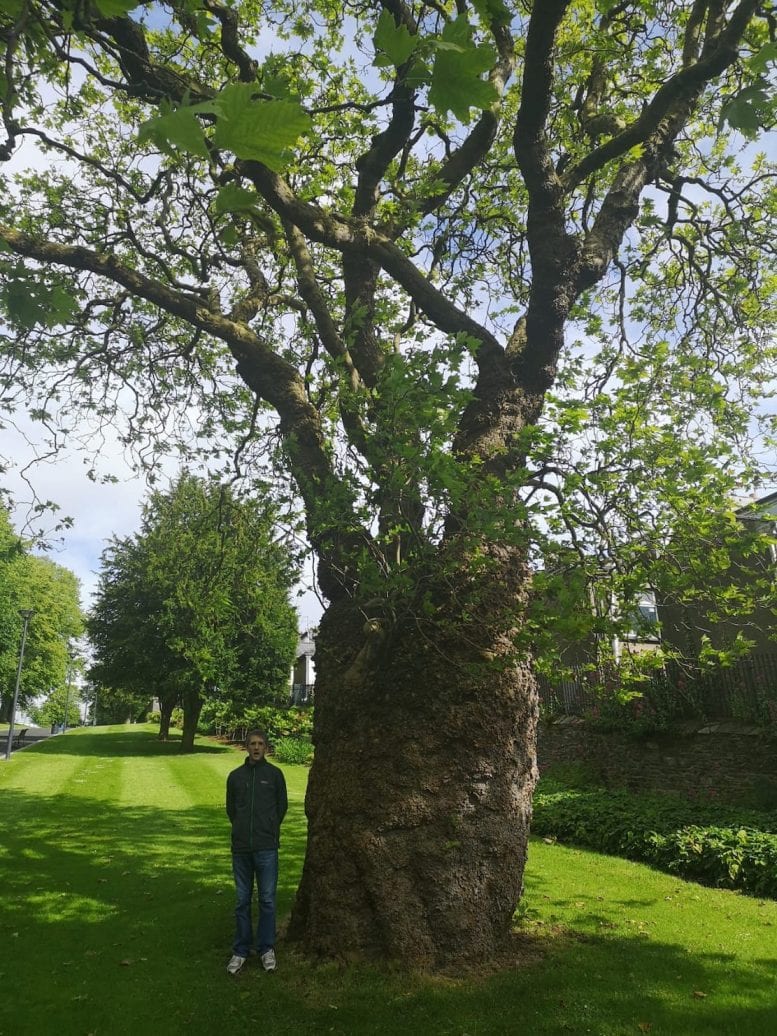 Baobob Plane, nominated by Colin Kennedy on behalf of Derry City and Strabane District Council The Nobbly Tree of Brooke Park was gifted to the Gwyn &amp; Young Charitable Institution from the Edinburgh Botanical Gardens in 1851. The institution was set up in the 1830s at the bequest of wealthy linen merchant John Gwyn, and then a later bequest from another merchant, Joseph Young.

They wanted their considerable fortunes to be used to care for the orphans and poor children of Derry. An area of parkland was purchased and a school building constructed, and some ten years later, this plane tree was planted. Over the years it developed its large, squat trunk, and its rough, nobbly bark. It’s possibly one of the fattest plane trees in Northern Ireland. 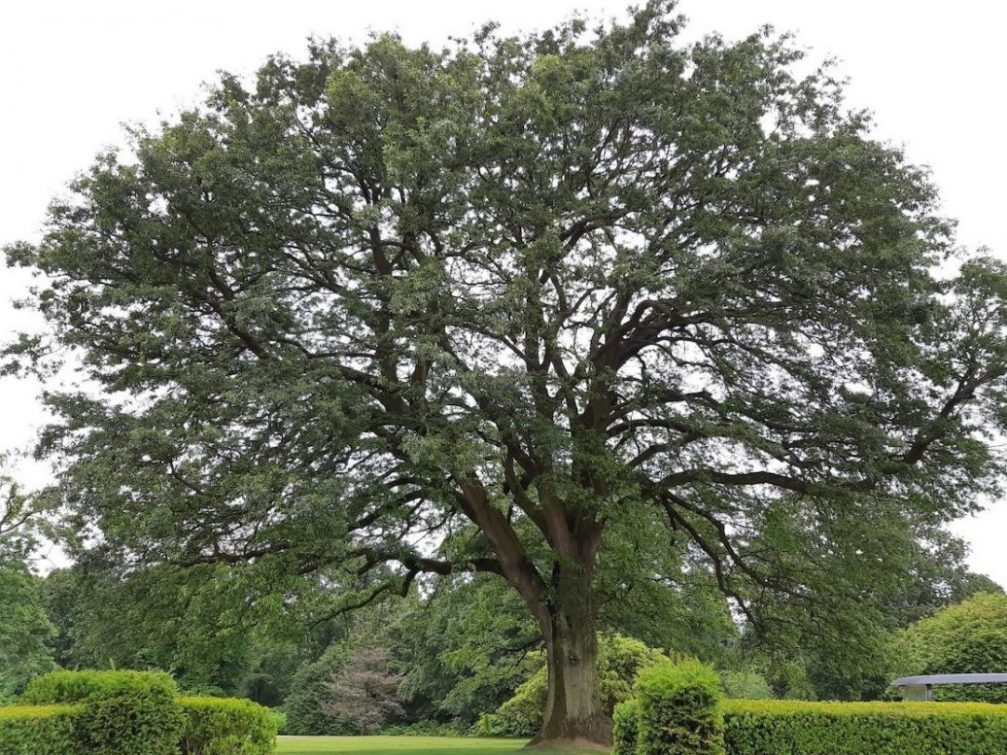 This majestic turkey oak stands just at the edge of the west lawn at Hillsborough Castle. It is one of few trees that dates from the building of the castle in the late 18th century. Now it frames the castle and provides welcome shade for our many visitors. It stands over 28m tall with a girth of over 180cm.

Hillsborough Castle has been a grand family home and is now the official home of the Secretary of State for Northern Ireland, and a royal residence. Her Majesty The Queen stays at Hillsborough, as do other members of the Royal Family when visiting Northern Ireland. Viewed by some as a politically neutral venue, Hillsborough has played an important role in the Peace Process in Northern Ireland since the 1980s. 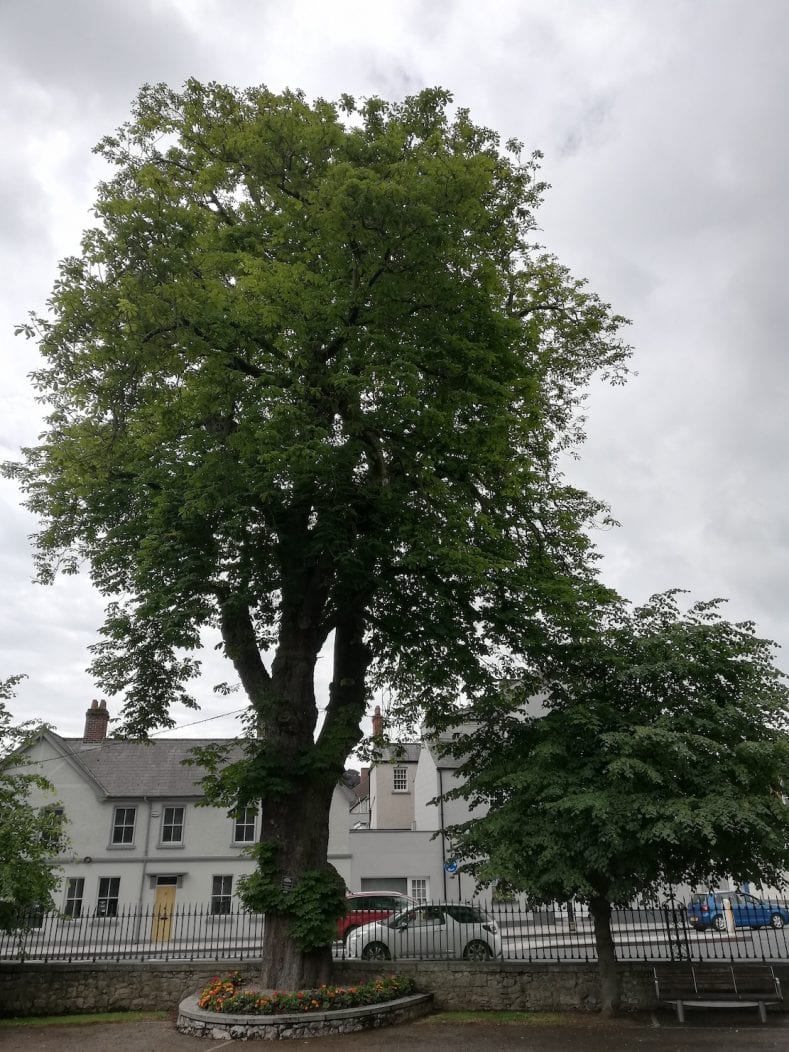 The king tree has been part of my life from birth. I was born in a Georgian House across the road from it and it has silently grown and watched over me all my life to date. I called it the King Tree from childhood. It stands tall and proud even though it is aging gracefully like myself.

It has smiled at all the children who pass it by going to school, the joggers and walkers pacing around the Mall and gently arched it’s branches to watch the cricket. It’s always been there for me and I smile and relive happy childhood days every time I pass it by. 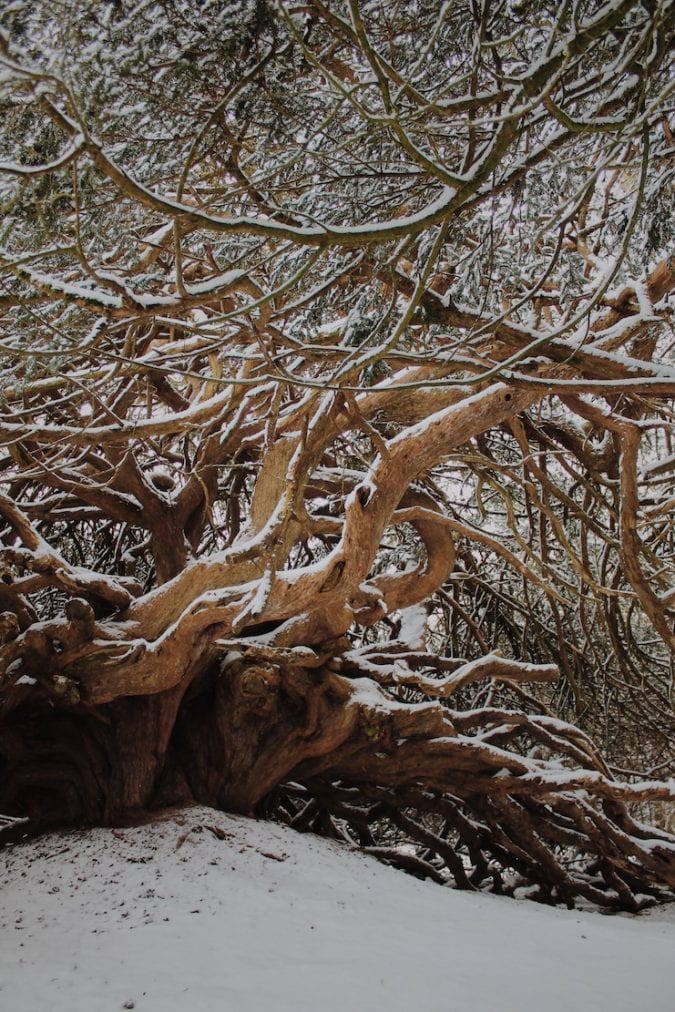 Processed with VSCO with m5 preset

Close to the Old Castle ruins are Crom’s famous Yew Trees. They are inseparable siblings, one brother, one sister, planted together so that now, from the outside, they appear to be one huge dark green mass. Within, branches sweep down and twist around, traces of training in the past now long abandoned.

With a combined circumference of 377 feet (115m) and a diameter of 115 feet (35m) they are said to probably be the oldest trees in Northern Ireland, Lord Erne claims they are 800 years old and he may well be correct. One of the great O’Neills of the sixteenth century is believed to have said farewell to his lady love under the already mature Crom Yews. 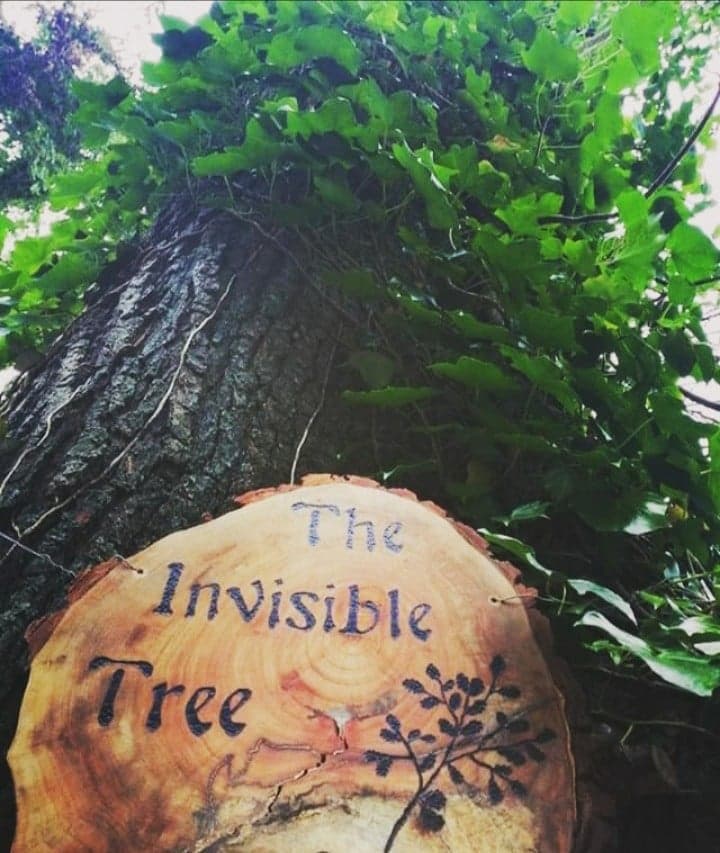 Where the Mountains of Mourne sweep down to the sea, a Sessile Oak Tree stands tall at the entry to one of Ireland&#39;s last remaining ancient woodlands; Rostrevor Oakwood.

For generations the tree has greeted visitors to this magnificent woodland and provided a habitat for hundreds of species, including the welcome return of the red squirrel. Sadly, the existence of this tree was erased in a survey and report supporting the construction of apartment blocks and an underground car park within a few metres of its roots and branches.

However, this attempt to make a life-supporting tree disappear has instead served to inspire locals and visitors from around the world to stand up and campaign against the removal of the ‘Invisible Tree’. News of this special tree has spread far and wide, with visitors from across the world expressing their support of the campaign. 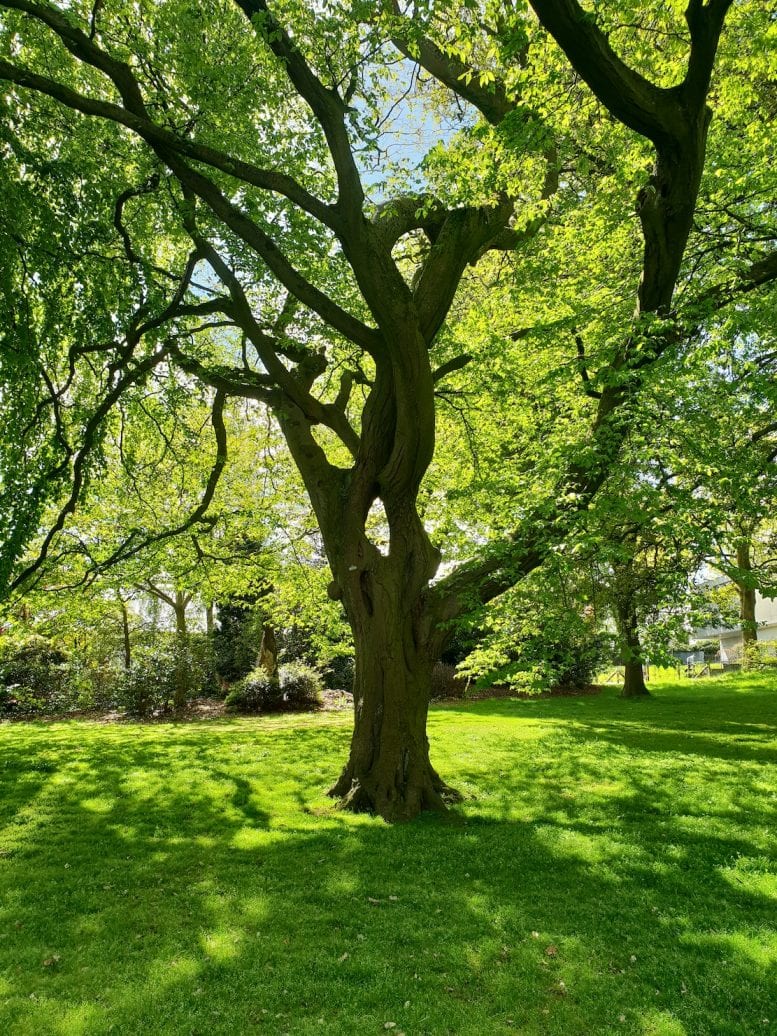 It is the subject random given to me for a writing project called 26 Trees, in partnership with TWT. I’d never seen a hornbeam before and to my surprise, found only two in Belfast&#39;s Botanic Gardens.

Standing under the Orentalis’ magnificent canopy, I felt an instant connection. It is so beautiful with its twists and curvy branches coming off its solid, bulged trunk. I looked up and felt drawn in; there was something human in how she&#39;d grown – up, out and around that is so impressive. I returned to paint her, sketch her, got bitten by midges I couldn’t even see and studied her from every angle. I stroked what looked like a huge boil on her trunk or perhaps a breast as it also seemed, in fact many body parts emerged; an ear, knuckle, elbow, foot. I was told it was I think the site of some previous disease that had been irradiated.

I held her soft, nettled like leaves in my hand, wondering why they needed to look so sharp, with their double serrated edges. The tree is of course not indigenous to northern Ireland, but was imported to be planted in and around 1828, when the gardens were first opened as a private park, open to the public on Sundays only until 1895 when it was bought over by the council. An ‘ordinary’ hornbeam also lives in the botanic gardens park, and whilst impressive, I don’t have the same gra for it as I have for the more exotic variety.

We are so lucky to have this beautiful tree in Belfast and a variety that my own children had never heard of before I started the project. Of course, our acquaintance began in spring and my writing will be completed before I get to experience her seasonal changes, which I’m so looking forward to. I’ve befriended this tree for life now and will send all my friends to visit her, to marvel at the complete and utter wonder of a Hornbeam. Belfast Botanic Gardens was established in 1828 by the Belfast Botanic and Horticultural Society, in response to public interest in horticulture and botany.