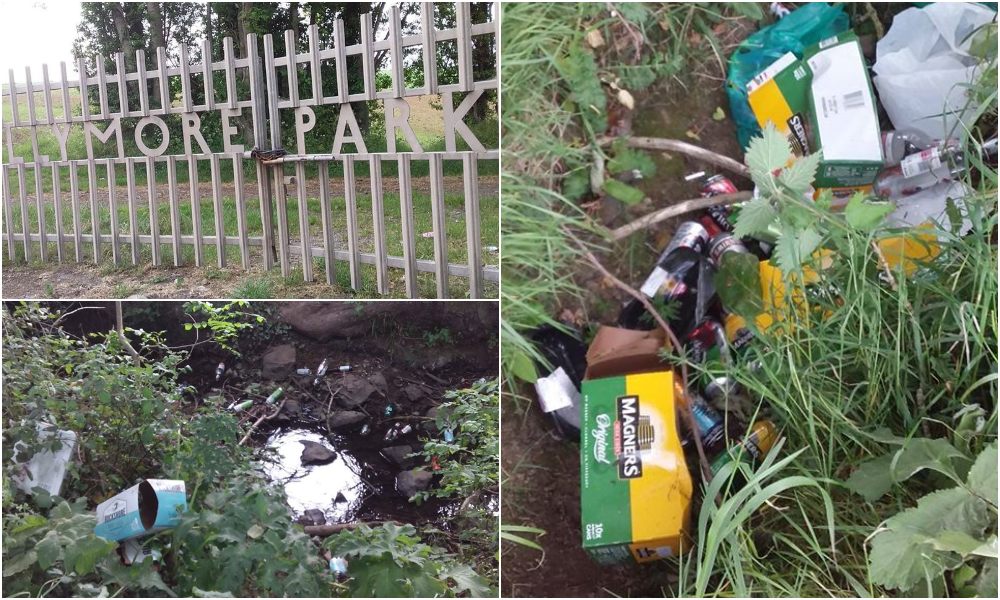 An Armagh woman has said residents are being “tortured” by gangs of young people drinking on the banks of the Callan river.

The woman, who did not wish to be named, said those responsible were leaving behind huge amounts of litter – and had even taken to defecating in public without any thought or shame.

The irate local had taken exception with an earlier post in which young people had been commended for collecting their waste from the College playing fields.

The young people had left the mess behind after spending Saturday there.

But a Sinn Fein councillor Jackie Donnelly, praised them when they returned on Sunday morning to clean up their rubbish.

The woman who contacted Armagh I said it was a case where young people were basically doing what they wanted when they wanted and with no questions asked.

She said: “We were tortured this weekend with gangs of youths drinking at the river behind my house.

“When I went for a walk there this morning (Monday) I was greeted with pizza boxes and other rubbish and to top it all off human excrement on the footbridge.

“These youths are underage and some off-licence in the town is selling them alcohol.

“We are also forgetting that they are putting us all in risk during these pandemic times.

“I am just shocked to see so many adults condoning them by saying they need to let their hair down.”

The local resident said this was not just a one-off brought on by the recent surge in temperatures.

She added: “It is a regular thing. They tend to congregate behind the Armagh training grounds but I now notice the same gang drinking by the waterfall in Tullymore park.

“The Friends of the Callan Group filled six bags of rubbish from that spot a few days ago.

“I happened to be walking the dog there the following day and counted 20 kids heading back there laden down with carry-outs.

“My husband recognised one of the lads later that evening and he was staggering through Sherry’s Field completely drunk.”

The photographs were taken on Friday and sent to the Friends of the Callan group who carried out a clean-up of the area on Saturday.

But the woman added: “Later on Saturday, I saw a gang of teenagers heading back with more drink.

“The same night another gang – perhaps the same ones – congregated under Callan Bridge, beside St Catherine’s College.

“What is shocking is that they are very young teenagers and they are making it impossible for locals to cross safely in these Covid times.”