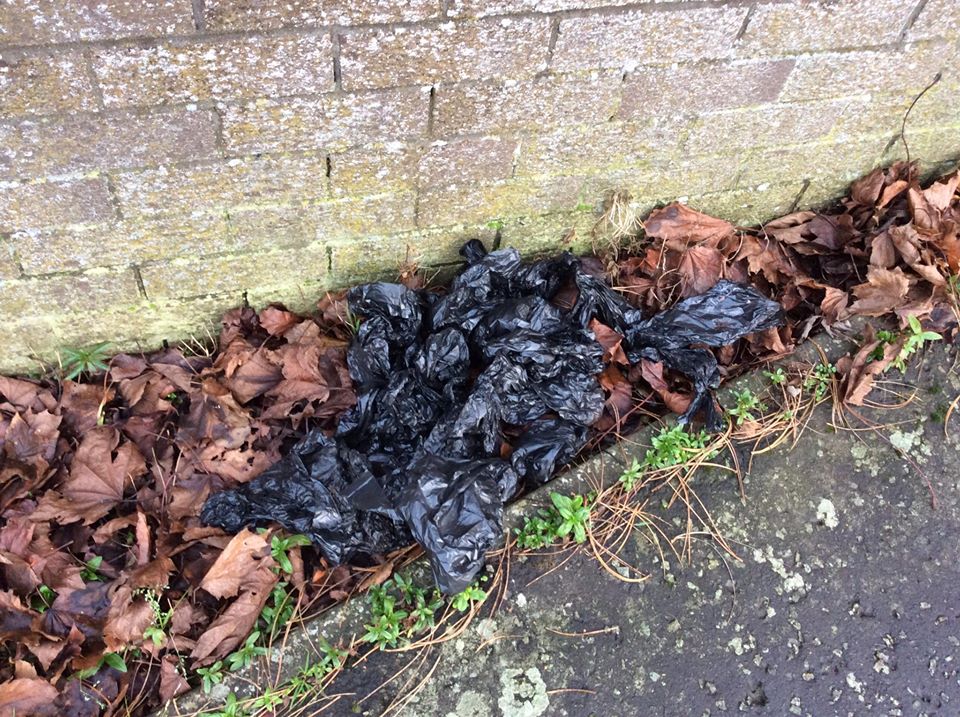 The black receptacle with the opening at the top is a litter bin. The clue is in the use of the word ‘Litter’ on the side of it.

It has now been put in place at Ardmore, Armagh in response to reports of dog walkers dumping their pets’ mess on the property of a local resident – and anywhere else they can think of!

Now the hope is that people will do the right thing and use it.

Local Alliance Party representative Jackie Coade has also now written to Armagh City, Banbridge and Craigavon Borough Council to find out how many fines have been issued locally in relation to owners allowing their dogs to foul.

She contacted Armagh I after we reported how a grandfather had been left angry that his thee-year-old granddaughter had been covered in mess after picking up a bag of ‘poo’ from their garden. The child’s dress had to be destroyed for hygiene reasons after the incident in the Linseys Hill area of Armagh at the weekend. 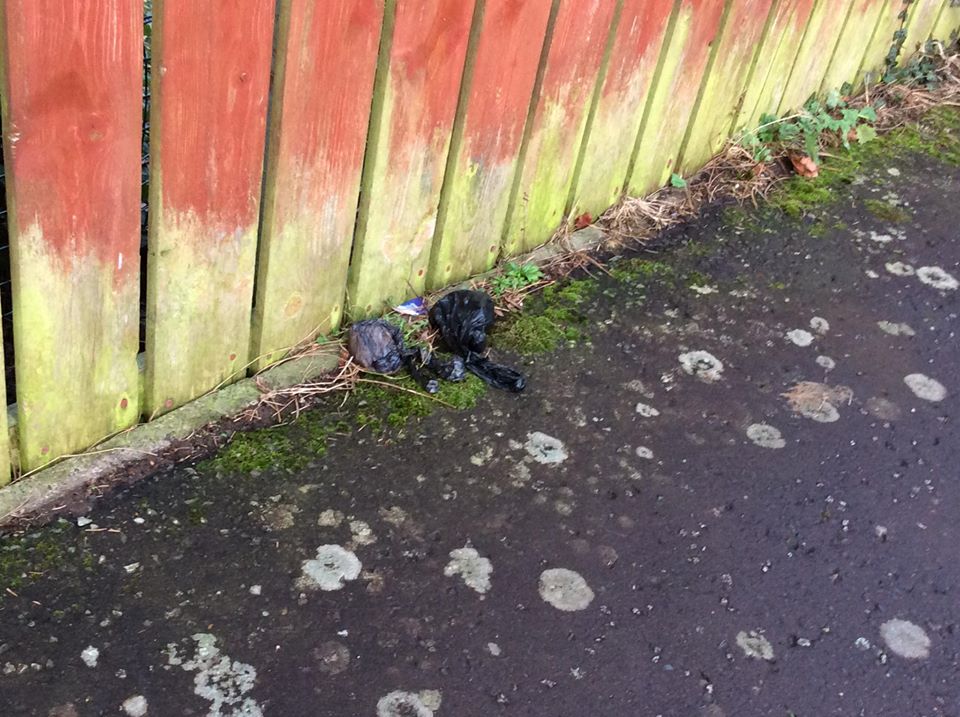 Ms Coade intervened recently after a distressed Ardmore resident was experiencing similar problems with unwelcome ‘parcels’ delivered on her property!

She explained: “After a walk around the local area with her child she noticed a panel of her back fence had been removed and upon investigation she became aware someone has been dumping their dog litter in her fence, rather than carrying their poo bags home and placing them into their own bin.

“As you can see from the number of bags, this has been going on for quite a prolonged period of time. 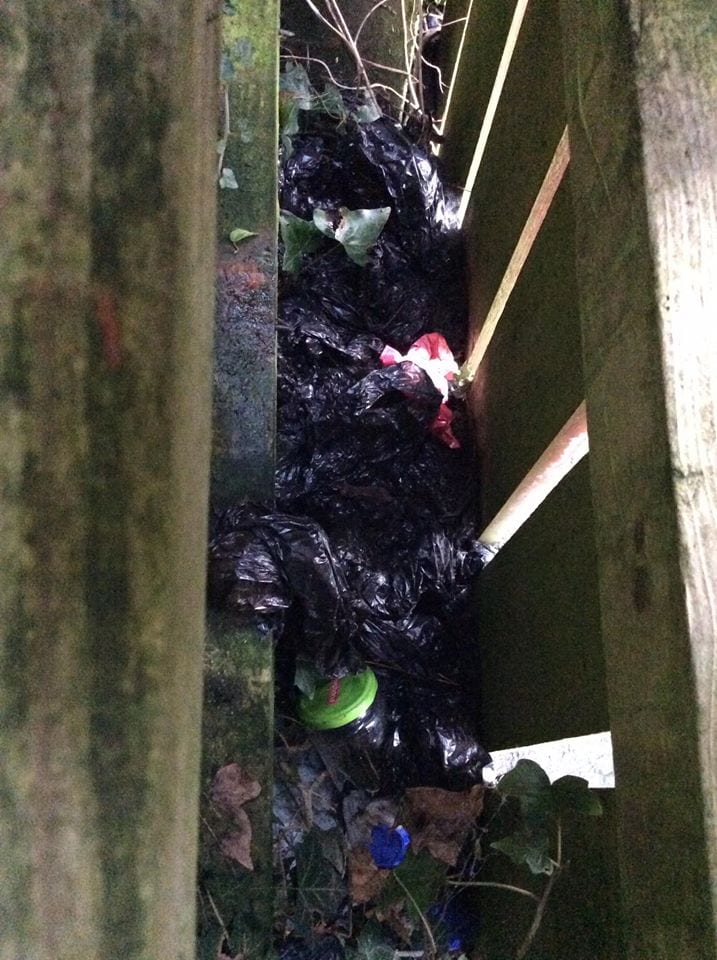 “When I arrived at the lady’s house, together we walked around the area and as you can see from the photos, we realised this person, or persons, were leaving their poo bags on the pathways, in hedges and everywhere they shouldn’t be.

“Just to be clear – dog poo is extremely harmful to children. Children play in this area.

“The poo was halfway up the lady’s fence. It was absolutely disgusting! Who would do such a thing?

“The poor lady when she discovered it didn’t realise what it was and put her hand in and was covered in it. I’ve never seen anything like it.”

Ms Coade contacted the council and said she is delighted that a bin has now been installed along the walkway.

She added: “I am appealing to the person who has been using this lady’s fence as a bin to please cease this activity and kindly use the newly installed bin provided. 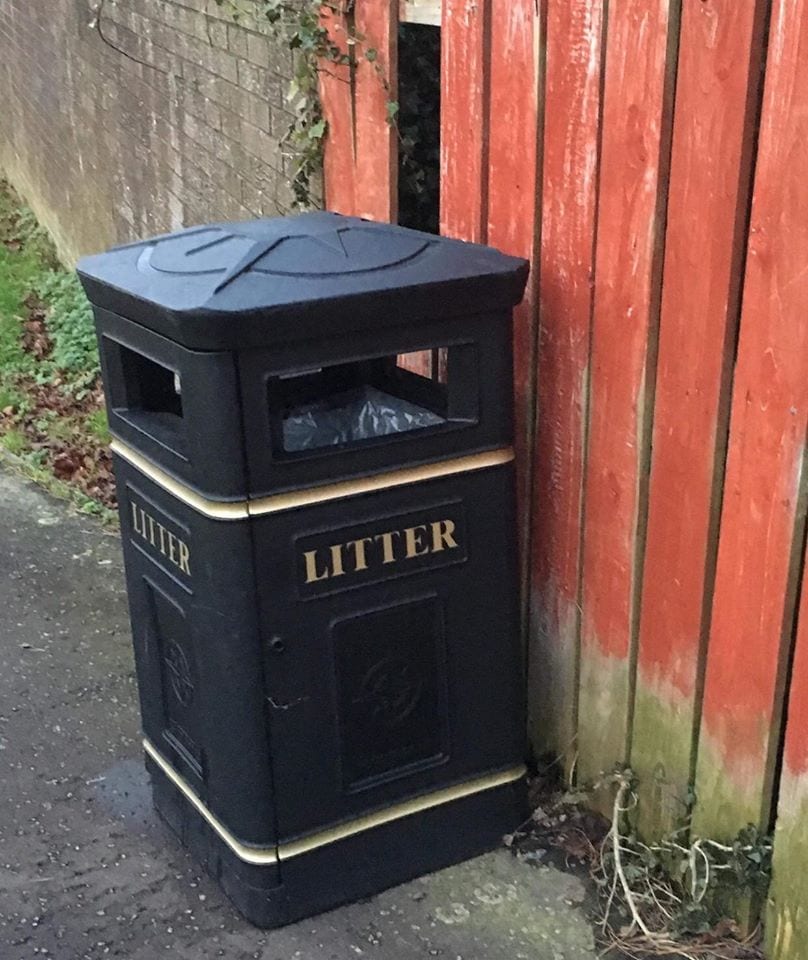 “I would like to say a huge thanks for the quick action of council on this matter and for cleaning out the contents of the fence. This is a perfect example of council working swiftly to solve a problem and I know this is one very grateful resident.”