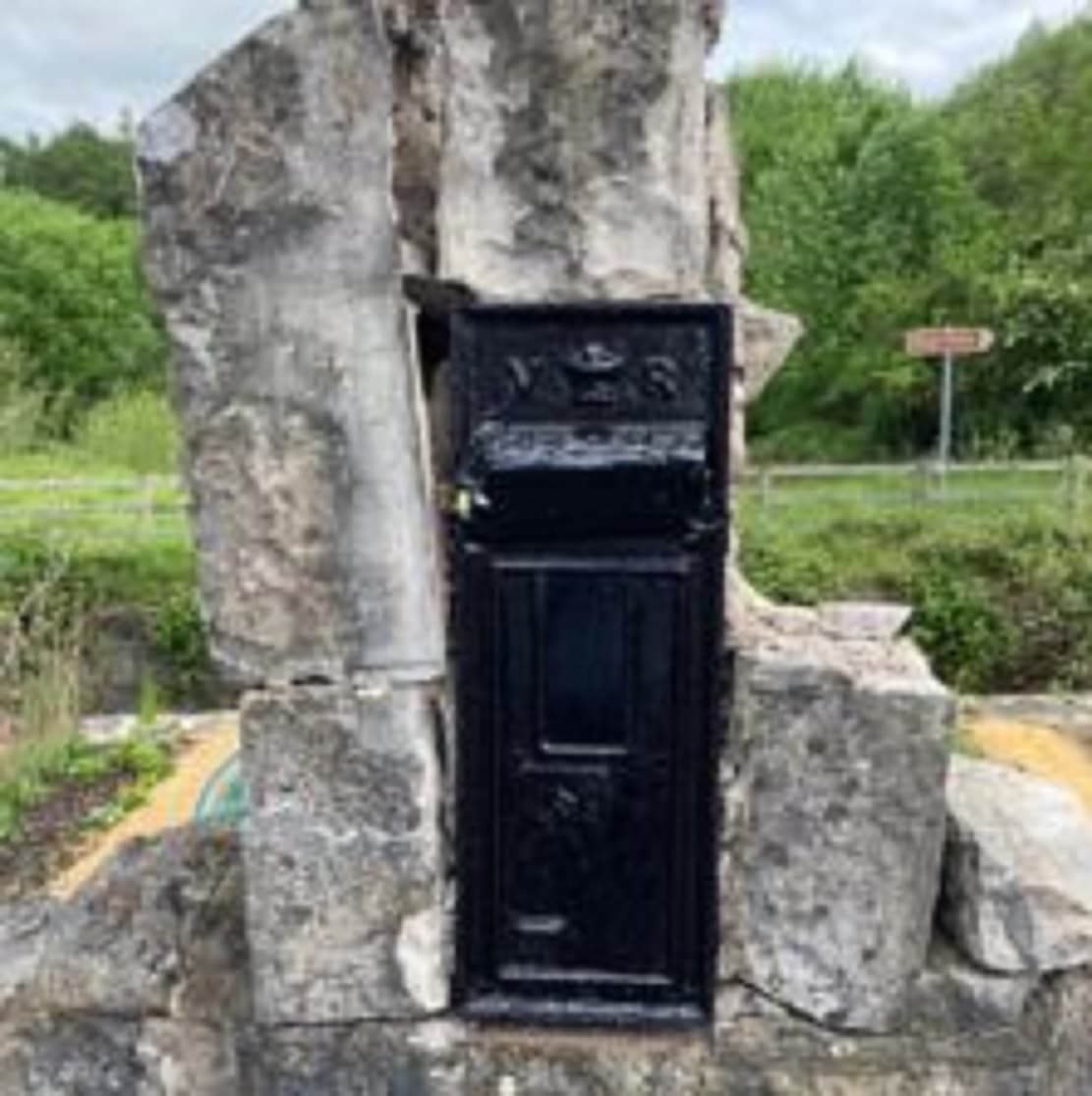 A Milltown woman has said she is disappointed that a traditional red postbox will no longer be in use in the area.

The postbox, which was located in a stone pillar, has not been operational since the pillar was accidentally hit and damaged by a lorry in February.

The woman, who does not wish to be named, said she was horrified that the postbost, which has VR on it, denoting that Queen Victoria was monarch when its was installed, has since been repainted black.

She said: “A neighbour had reported it was damaged and then last week, she happened to see a man painting it black. When she asked him about it, he confirmed it was being painted black because it was no longer in use.

“In the meantime, I had phoned Royal Mail in Dungannon and they said it had been painted black because they had no red paint.

“Where it’s located it’s in the country but it’s not an isolated area -it’s across from a row of 12 houses – so it’s something we don’t want to lose. The next nearest post box is two miles away in Benburb.

“In any case, the postbox itself would be historic and would be one of the very few Victorian postboxes in use so it would be a pity to see it go.

“My mum is 88 and she has known it all her life and the residents are upset to think that it won’t be in use or even that it is not going to be restored to the way it was.

“If someone had come and thrown black paint on it, they’d have been done for vandalism.

“There are other postboxes in the country which are out of commission but they are still red.”

A Royal Mail spokesperson said: “This postbox has been taken out of use, and we are very sorry for any inconvenience caused.

“As is often the case, the owner of the wall in which the postbox sits preferred us to leave the postbox there (painted black), rather than to undertake the major structural alteration that would have been required to remove it.

“The nearest available postbox is less than a mile away, at Benburb Post Office, 61 Main Street, Benburb, Dungannon, BT71 7LG.”

He said the reason it was painted black was because it was remaining in place, but was no longer in use, adding that it was painted red, people would have assumed it was still open.