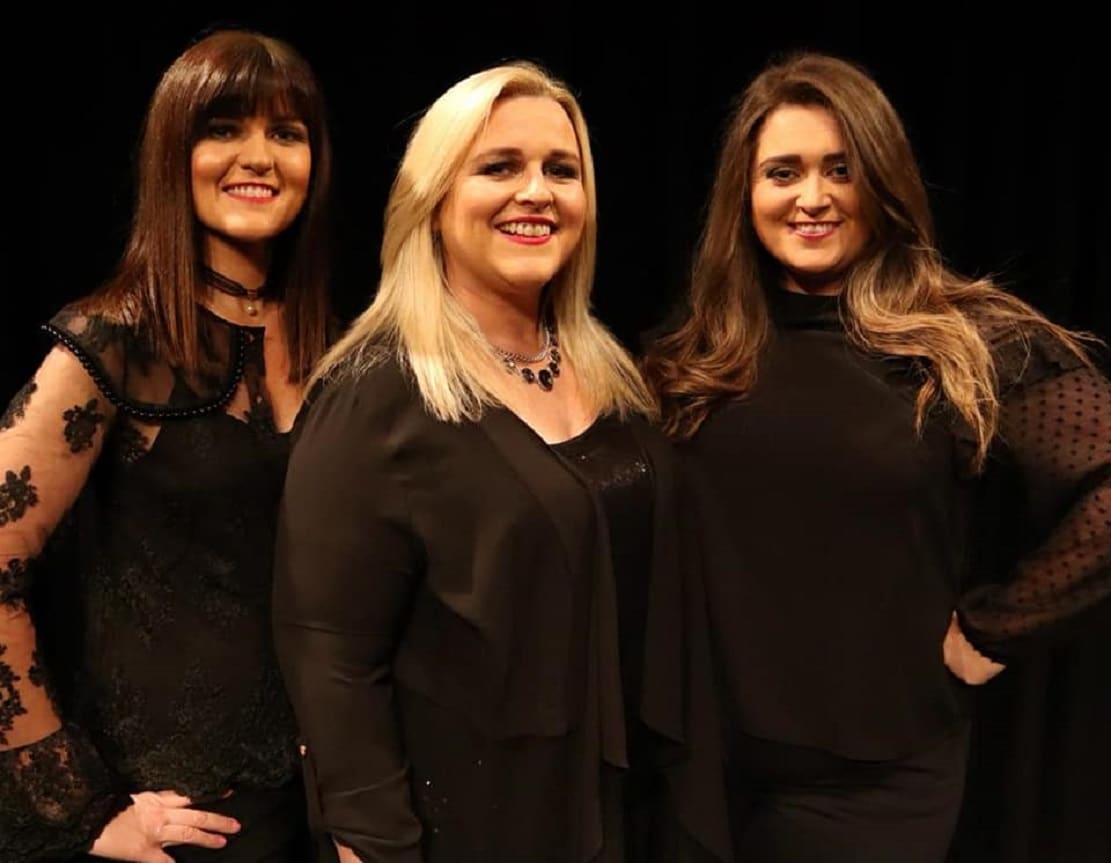 It was a chance conversation on a train in Europe that led to a family singing trio from Dungannon recording a song with an Austrian opera singer!

The result is a unique version of  Simon & Garfunkel classic, The Sound of Silence, which was launched last Thursday by The Bellas and Daniel Gutmann.

The Bellas – sisters Joanne and Lia O’Neill and Joanne’s daughter Clíodhna – have been performing together for six years but this is their first international collaboration.

Speaking to Armagh I, Joanne explained how the recording came about.

“Lia and her husband were in Vienna and they had been to the opera,” she said. “On the way back in the train, they were sitting beside Daniel and she recognised him from the performance and they struck up a conversation.

“It was just before lockdown and they kept in contact. He filmed and recorded his bit and we did ours here in Ranfurly Hill and it was mixed and mastered over there. It was great craic and something so entirely different.

“It was played on radio in Austria and we got some lovely feedback over Facebook, so that was something different.” Singing is a hobby for the family – Joanne is a social work manager, Lia is a teacher in Edendork PS and Clíodhna is a classroom assistant in the same school – but it is one which has provided them with many opportunities and a perfect form of relaxation.

As well as singing at celebrations such as weddings and birthdays, the women have opened for artists such as Nathan Carter and Bagatelle.

Lia writes most of their original work, which Joanne describes as a mixture of Irish pop and folk, with an American country feel as well, and four years ago they launched their first EP, Send a Little Love.

The Bellas have been together for six years although, before Clíodhna joined, Joanne and Lia had been performing together as the O’Neill Sisters.

Both sisters started singing as children in their church folk group – St Patrick’s in Dungannon – and all three still sing there regularly, while Joanne and Lia are also members of Clonmore chapel choir.

The Clonmore choir is led by local man Gerry Cunningham, lead singer with More Power to Your Elbow and author of musical Blood Upon the Rose.

“He helps us out, he’s like a mentor. He has years of experience in song writing and performing so it is great for us to have him supporting us,” said Joanne.

Over the years, The Bellas, in collaboration with other local artists, have also done work to support the Simon Community and Southern Area Hospice.

Watch and listen to the recording below.