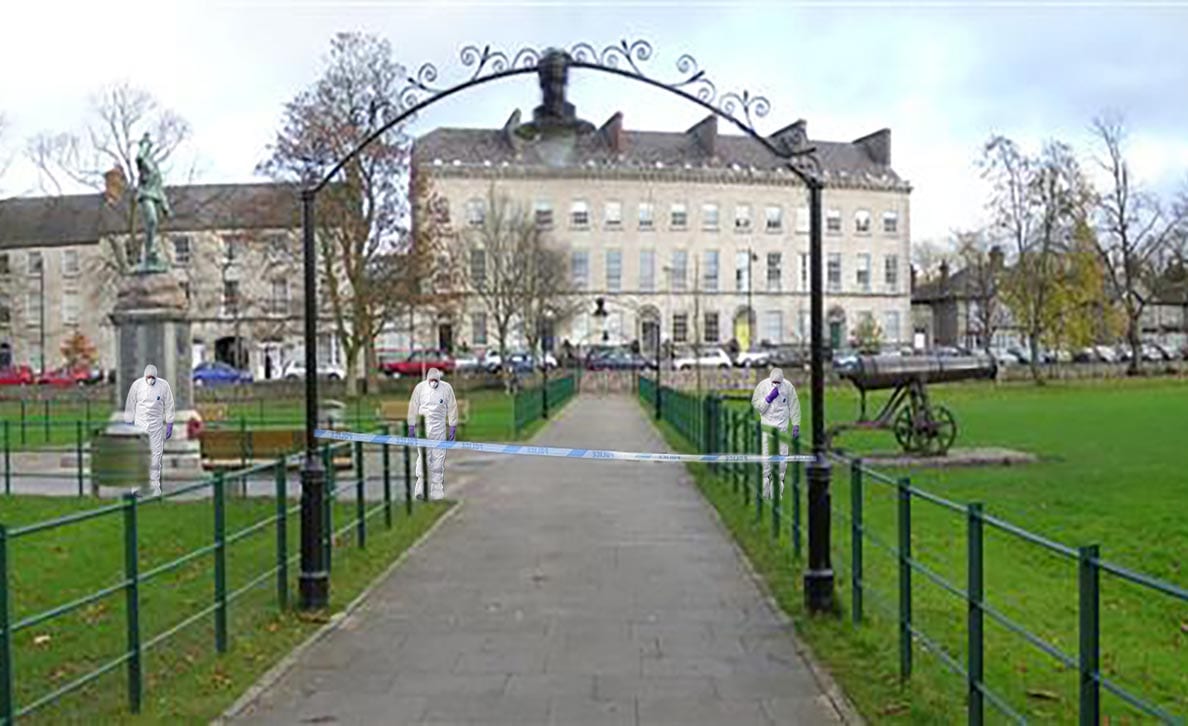 The public could be BARRED from the Mall in Armagh if a flower discovered there this week proves to be one which has long been believed extinct.

Botanists are extremely excited by the possibility of the rediscovery of the native Irish species, the Pol Flora Daisy, in historic Armagh.

Its last recorded discovery was around the base of Carrauntoohil in Co Kerry, towards the end of the 16th Century.

The plant was believed to have medicinal properties – due to a substance secreted by its stem which was used as a balm and was said to have extreme soothing qualities for those suffering arthritic ailments.

The malodorous sap was also believed by some, although most are not convinced, to have been the origin of the ‘Reeks’ – in the name MacGillycuddy’s Reeks – in which Ireland’s highest peak is to be found.

The fact that this special daisy was believed to have held such benefits in the treatment of such painful conditions meant that it was widely harvested.

Although it had also been discovered in other areas, including parts of Counties Cork and Galway, the main concentration was in Kerry.

And, despite directions at the time that it should not be uprooted, at certain times of the year, to ensure a plentiful supply, there grew up a ‘black market’, as it were, where the daisy was being collected under cover of darkness and sold to unscrupulous physicians.

It was for that reason that the daisy became exhausted and it ceased to be.

Or so it was believed – possibly – until now.

After recent storms and gale force winds, work has been taking place to remove branches and limbs loosened on trees to ensure the safety of visitors to the Mall and ahead of the forthcoming cricket season.

During the course of the exercise, the team on site noted a strong and unusual odour.

And, upon investigation, they realised that it was coming from a tiny area of flowers which had sprouted close to the Armagh Cricket Pavilion. Further investigation revealed more sporadic patches of the species across the public park.

The team reported the find and botanists from the Natural Sciences Department of the Ulster Museum were alerted.

Small cuttings were taken from one of the plants and a cross-section from a leaf, and have been sent for more detailed analysis.

If it does transpire to be the reemergence of the Pol Flora Daisy, it will have exciting ramifications for both scientific and historic study.

But it could also mean the end of the Mall as a public park and sporting ground accessible to and by the general public.

Due to the significant botanical importance and the need to ensure the future cultivation of what would be a protected species, the Mall would have to be closed off and gated to prevent access.

And future plans to stage open air music and a fun fair on the Mall during the summer months will also be knocked on the head.

This would be due to the possibility of the species being prevented from once again growing naturally as a result of machinery, speakers and the wind-up mechanisms of fairground rides and attractions.

If the flower does prove to be the long-gone species, new legislation would be forthcoming from Armagh City, Banbridge and Craigavon Borough Council to amend  bylaws banning dogs from the Mall and extend these to include people.

Time will of course be the telling factor and the results of the scienific analysis on the samples taken are due to be published on Habitas – the National Museums Northern Ireland website – before midday today (Sunday), April 1.

UPDATE: This was of course, an April Fools.