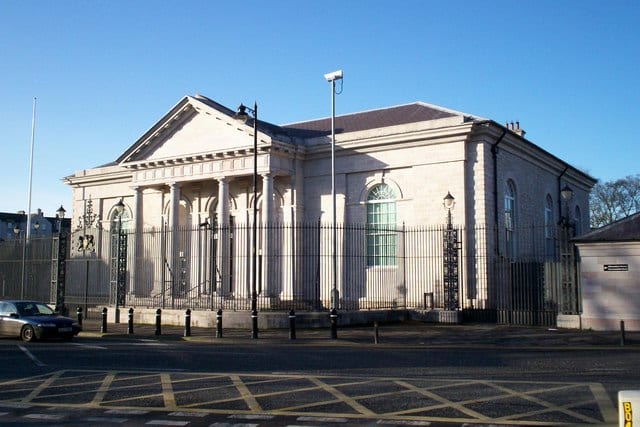 An update on a new urban regeneration plan for the borough – which will include public realm works outside Armagh Courthouse – is to be given to council tonight (Tuesday).

Urban regeneration powers should have transferred from central to local government but this has not yet happened.

As a result, the Department of Social Development still holds the authority, and it has been working closely with council to agree an interim plan for 2016/17.

The DSD has already earmarked funding of up to £100,000 for revitalisation projects in each of the main urban centres in the Armagh City, Banbridge and Craigavon Borough Council area, and this is still being explored.

But, aside from that, a specific interim plan has already been drawn up and an update will be presented to tonight’s meeting of the council’s economic development and regeneration committee.

It includes public realm works – similar to those which have been introduced across the remainder of Armagh city centre in recent years – outside the Courthouse.

It would cover junction improvement works and the scheme, councillors have been told, should “enhance pedestrian safety and improve traffic flow” at that end of the Mall.

In addition, the plan includes a scheme to “improve linkages and connectivity” in Portadown and “improve the physical appearance of key gateways” in the town centre.

A similar plan is in place for Banbridge to “address the poor environmental quality of some of the smaller streets” in the town.

In Dromore, it is intended to extend the public realm scheme throughout the outer area of Market Square and on to Bridge Street.

The council will be asked tonight (Tuesday) to approve match funding of £30,000 in total to appoint an integrated consultancy team for the Banbridge and Dromore projects, which would then be subject to formal council ratification at the full ABC sitting later in the month.

Aside from the public realm and linkages plans, the DSD has approved funding to implement a revitalisation initiative in each of the main urban centres – Armagh, Banbridge, Central Craigavon, Dromore, Lurgan and Portadown.

Up to £100,000 will be made available for projects in each centre and council officers are currently carrying out a consultation exercise with local stakeholders to identify specific projects which best fit the needs of local businesses.

Council is also expected to agree to extend an invitation to officials from Stormont’s new Department of the Communities to attend the economic development committee and make a presentation.