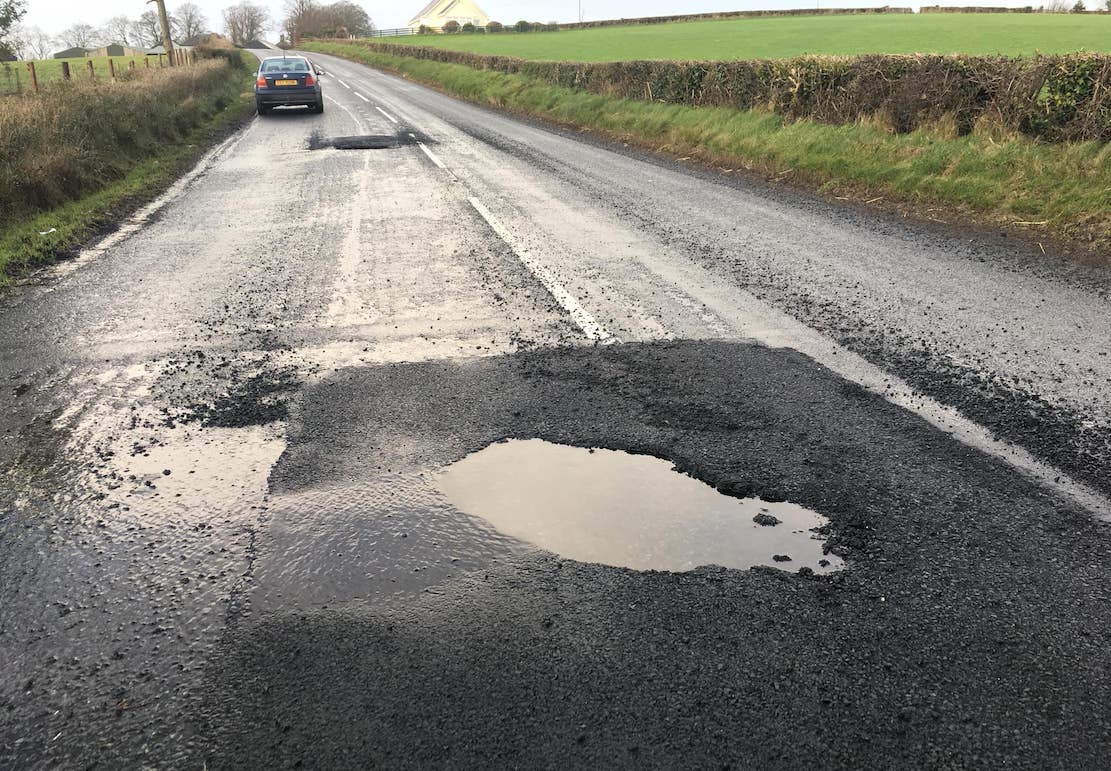 An Armagh road home to a pothole, which has claimed countless tyres, axels and front bumpers over the last 48 hours is to be closed.

The Hamiltonsbawn Road on the outskirts of Armagh city will be temporarily closed by Transport NI as they “carry out investigations” into a serious issue.

Last night, Armagh I reported how a massive pothole on the Hamiltonsbawn Road led to a string of motorists suffering damage to their vehicles.

At one point there was a queue of eight cars at the side of the road changing tyres.

The pothole was subsequently reported to the authorities who have since responded.

DUP councillor Gareth Wilson, who has history with the pothole, told Armagh I: “I have been informed by Transport Ni locally that they intend to close the road in order to carry out investigations as to the source of the flow of water from the middle of the road.

“I understand that this needs to be addressed as it is a cause of the continuing defect which has given rise to so many incidents over the past few weeks.

“There is no indication as yet as to when this work will be carried out however hopefully it will be sooner rather than later given the issues it has caused for motorists.”

For now motorists are advised to take extreme care when travelling on this stretch of road.

If your car has been damaged by this pothole, or any others, you can fill in this claim compensation form by clicking here.