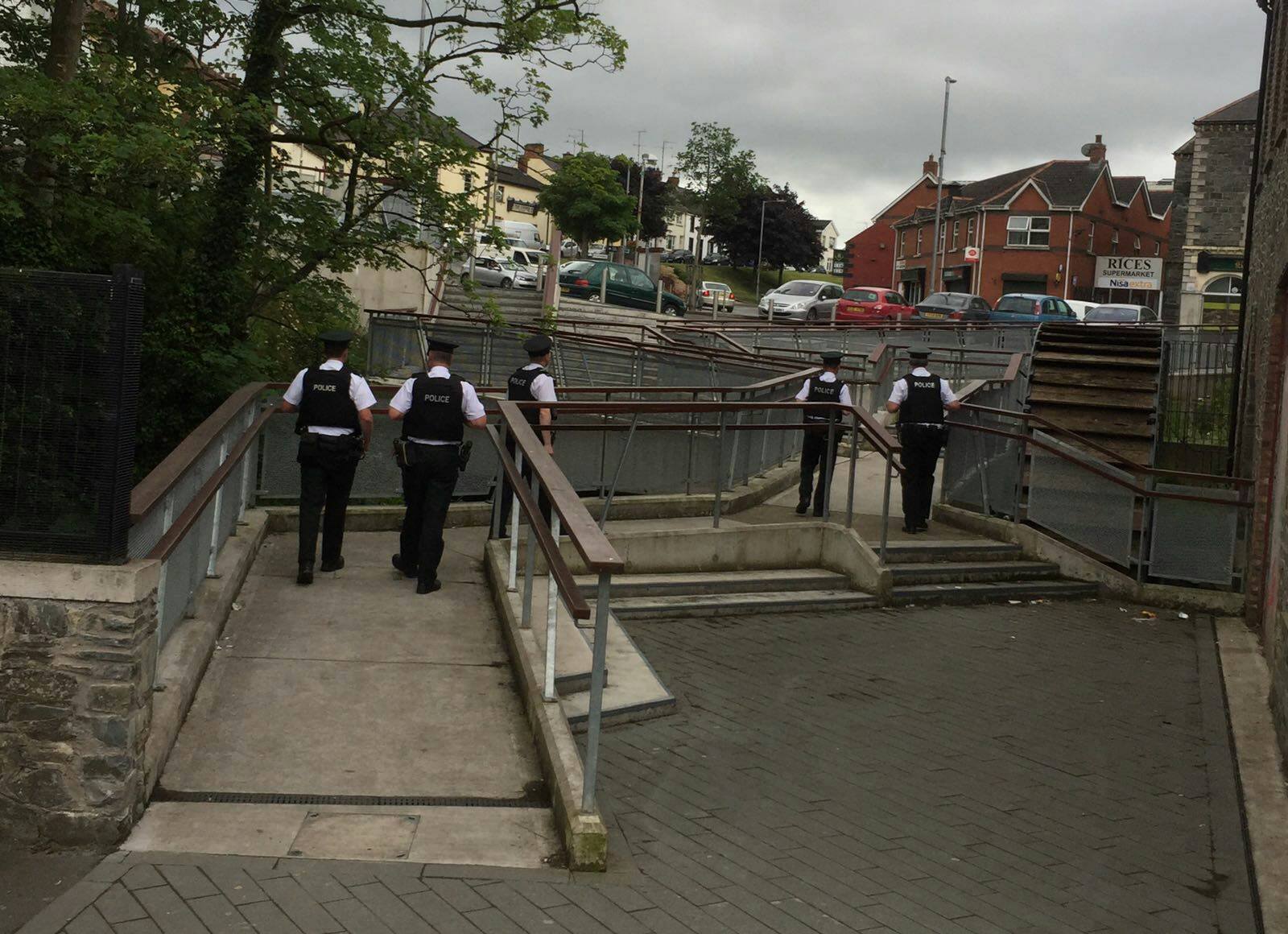 Police have this evening displayed a huge haul of alcohol seized from potential underage drinkers.

Borough police posted a video of the loot on their social media profiles.

In the video (above) Chief Inspector Jon Burrows says he and his team have spoken to dozens of young children this evening, seizing huge quantities of booze and more than 200 tablets in the process.

Chief Inspector Burrows says kids that involve themselves in these activities leave them hugely vulnerable to assault, sexual assault and getting involved in crime across the community.

Operation Snapper is a crackdown on anti-social behaviour, especially as exam season comes to an end.

PSNI in Armagh posted snaps earlier from Keady, where anti-social behaviour has been prevalent over the last number of weekends.

And one post read: “Armagh NPT came across a coach load of kids heading off to a party. They chatted to the kids, checked a few bags and were delighted to find not a drop of drink on them!

“The kids were also great craic, so much so the team were wanting to finish early to go with them!”