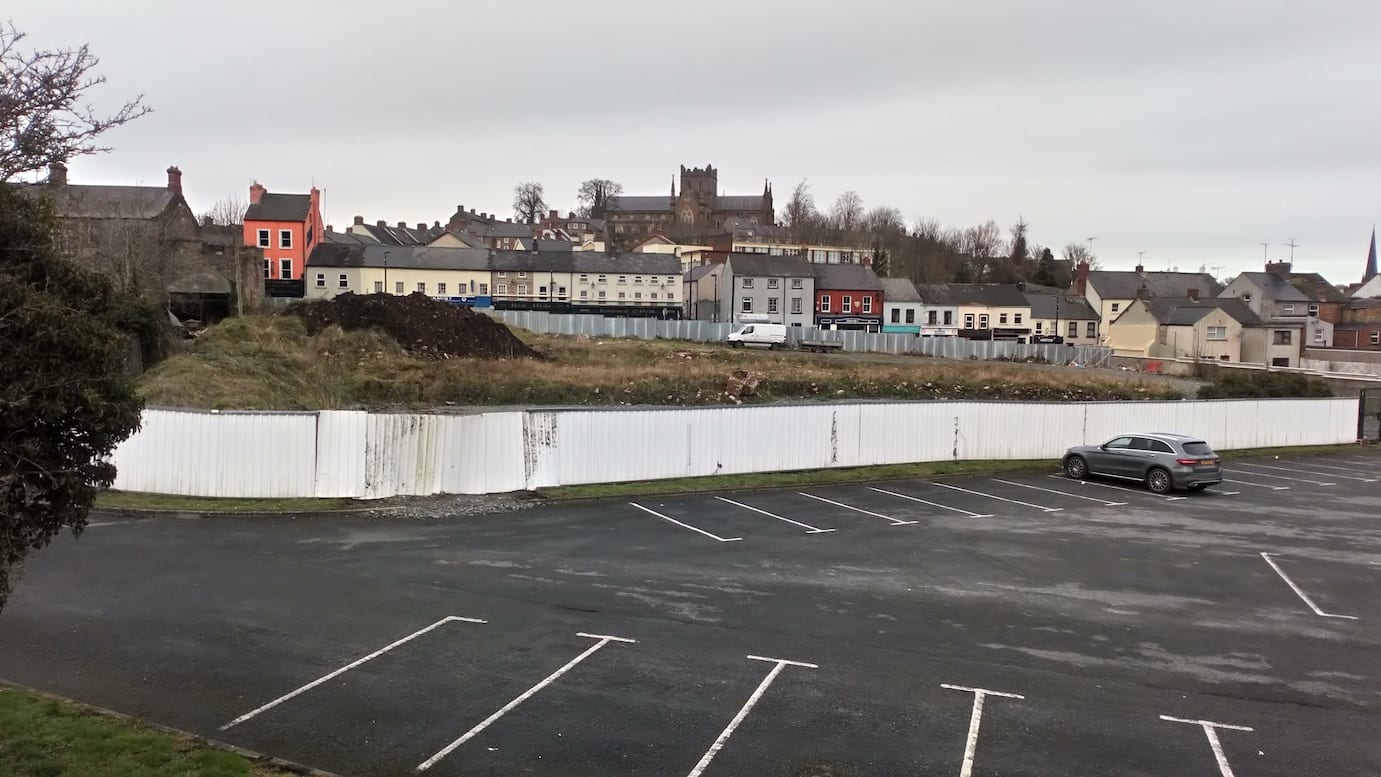 Plans for a major new multi-million pound development in the heart of Armagh City will be lodged later this month, Armagh I can exclusively reveal.

An ambitious scheme to redevelop one whole side of Ogle Street, which will cost in excess of £5 million, will be submitted to ABC Council planners towards the end of February.

Architects drawings show approximately 60 units – in a courtyard-style development – in what the owner describes as “city centre living”.

Plans for the redevelopment of the site, a large derelict wasteland, have long been in the pipeline, but latest drawings suggest a definite way forward.

Speaking to Armagh I, the city-based developer, explained that while many proposals had been explored in the past, it’s the original idea of city centre living which has won out as both the most viable and most suitable proposal.

Should the project receive the green later this year, the construction work will initially create in the region of 50 jobs.

And the developer has high hopes his proposals will be looked upon favourably, having already secured planning permission for a mixed use development, of both shops and housing, a number of years back.

An amended application will be put forward for housing only; housing which will be a mix of red brick and rendering, keeping with the Georgian flavour of Armagh’s streetscape – while also bringing Ogle Street back to how it once looked.

The 1.47 acre plot has been left undeveloped and overgrown since the illegal demolition of a row of 18th Century properties back in November 1997.

Now, the developer hopes to breathe new life into Armagh, and into a city centre he says is begging out for increased footfall.

“We need to be thinking more about modern, vibrant, city-centre living,” he told Armagh I.

“Armagh is not a commercial hub; it’s not like Belfast or Newry. We conducted plenty of research and Ogle Street does not need more shops, there is no desire to make that a commercial hub.”

He added: “There are plenty of empty store fronts. We don’t need more shops, we need more people.

“And this will bring people back into the city centre, close to the local amenities.

“You don’t need a car to visit the supermarket, go for a coffee, or the theatre, it’s all on your doorstep.

“Whether it’s the young person looking a first home or older people, who may live more rurally, and looking to feel safer and less reliant on others, it’s the perfect opportunity.”

Preparatory work is currently ongoing on the site with the former Bennett’s newsagents store being transformed into a main office for the developer.