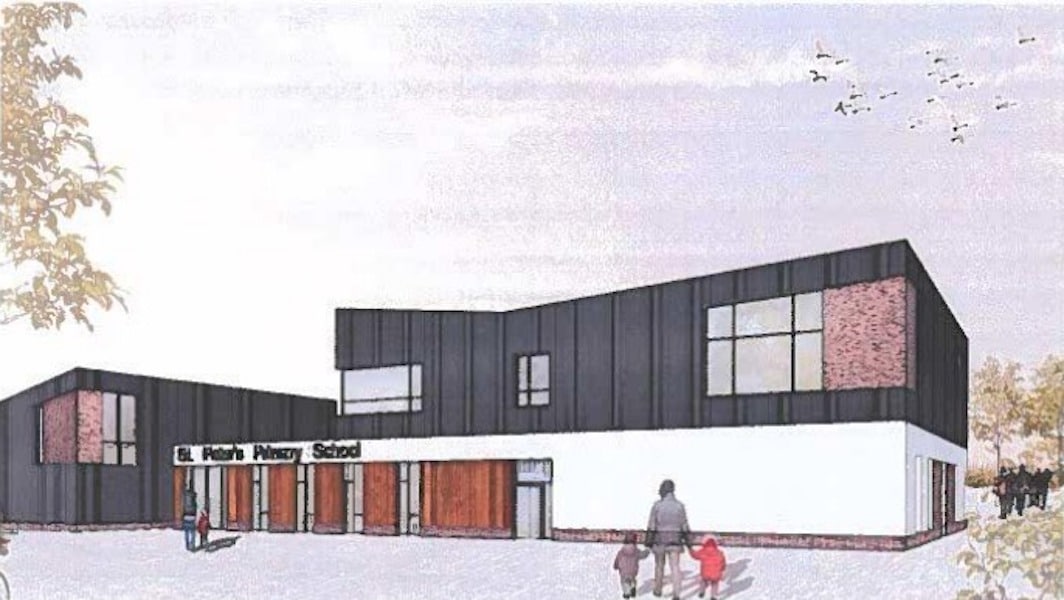 Armagh City, Banbridge and Craigavon Borough Council’s planning officers have recommended an application to demolish and replace a primary school in Collegelands is approved.

According to the application form, water will be supplied to the 1.1565 hectare site at 90 Collegeland Road by the mains, with surface water disposed of via the attenuation storage tank and discharged to a local watercourse.

Any foul sewage from the site will be disposed of via a wastewater treatment works.

The new school will have a total floorspace of 1,208m2 but the building is not expected to increase the total number of visitors or vehicles attending the site on a daily basis.

A design and access statement submitted as part of the application explains the new school will be located on the eastern portion of the existing site at 90 Collegeland Road.

It notes there is currently an issue with traffic build up during times of drop off and collection but claims the redesign of the site will facilitate “access to an extensive drop off area within the site boundary and an increase in onsite parking”.

A removal of a layby to the front of the site should, it is claimed, also help to mitigate any traffic build up on the Collegeland Road drop off and collection period.

The proposed design of the new building aims to “capture the connection between the people and the land and reflect its identity through the use of materials typically found within the rural landscape”.

The materials used in the new build have been described as “austere but durable” and are aimed not only at reducing costs but at giving the building a longer life.

According to the design and access statement, the new building will feature five classrooms, a multi-purpose hall for shared dining and sports activities, multi-purpose teaching rooms, staff rooms, resource areas and changing and WC’s throughout.

“The school’s classrooms are in clusters accessed from a central circulation area which houses two resource areas”, reads the statement.

“The school’s main hall and administration rooms are also accessed from the main circulation area. The school has been designed in order to facilitate out of hours community activities with each classroom wing being able to be closed and locked off from the multi-purpose hall and associated auxiliary spaces.

In conclusion, the design and access statement notes the proposal is “sympathetic to the existing topography and existing road infrastructure” and claims the “the school’s design has been developed with a high degree of inclusivity in mind [to] allow for access to the school by all”.

Council’s planners have recommended the application is approved and it is due to appear before Council’s planning committee on Wednesday, January 11.