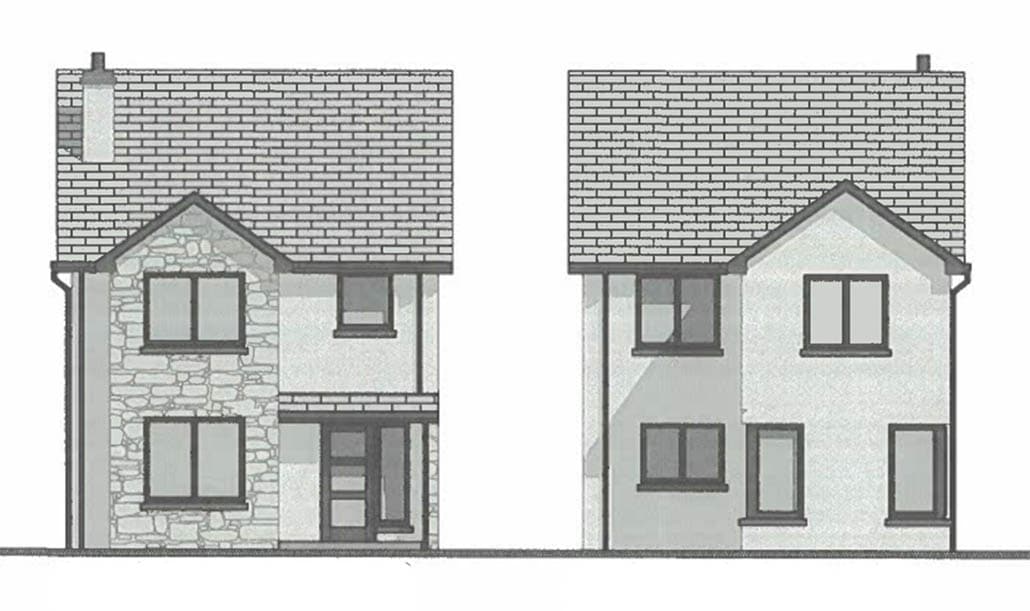 Controversial plans to build 10 new homes at Lisanally in Armagh are to recommended for refusal.

Planning officials – in urging ABC Council’s planning committee to reject the proposals – state their belief it would represent “over development” of the site.

An application for the scheme was lodged in October last year.

The 10 properties proposed would be a mix of both detached and semi-detached homes and the earmarked location is at 91 Lisanally Lane.

It sits across the road from the City of Armagh High and close to the entrance to Lisanally Special School.

According to a drainage assessment, the site is currently occupied by a “single residential unit, outbuildings and associated infrastructure – access road, gardens, path etc”.

The application had been lodged in the names of Derek and William Turbitt.

The new homes would also have required the construction and provision of internal access roads, car parking spaces, associated site works and landscaping.

As a result, a number of petitions and letters of objection were lodged.

One objector wrote: “The old stone cottage at 93 Lisanally Lane has listed building status. Building of such a large scale housing development will have a detrimental impact on this period property.”

And he added: “The proposed plans will have a significant loss of trees and a damaging effect to the natural fauna and flora of the area, including many bat – in particular the brown long-eared bat – bee, bird, butterfly, hedgehog and squirrel species.”

Read more: Residents horrified by plans to build 10 houses ‘out of character’ with Lisanally Lane

Planning officials have now considered the proposals and are poised to recommend they be refused planning permission.

That is the opinion which will go to the May sitting of ABC Council’s planning committee.

Planners believe the development is contrary to a number of policies.

They believe it would lead to “over development of the site and fails to respect the surrounding context in terms of layout, scale, proportions, massing and density/plot size, which will create conflict with adjacent land uses and will have an unacceptable adverse effect on existing properties in terms of dominance and overlooking”.

They also say it “would not create a pattern of development in keeping with the overall character and environmental quality of the established residential area”.

In addition, planners feel it would “adversely affect the setting of a listed building”.

At the same time, officials say the applicants have not demonstrated that required access standards and parking arrangements have been met.

It will be up to councillors to decide whether or not to accept the recommendation to turn down planning approval and, of course, the applicants will have the right to appeal – if they so choose – should that be the case.