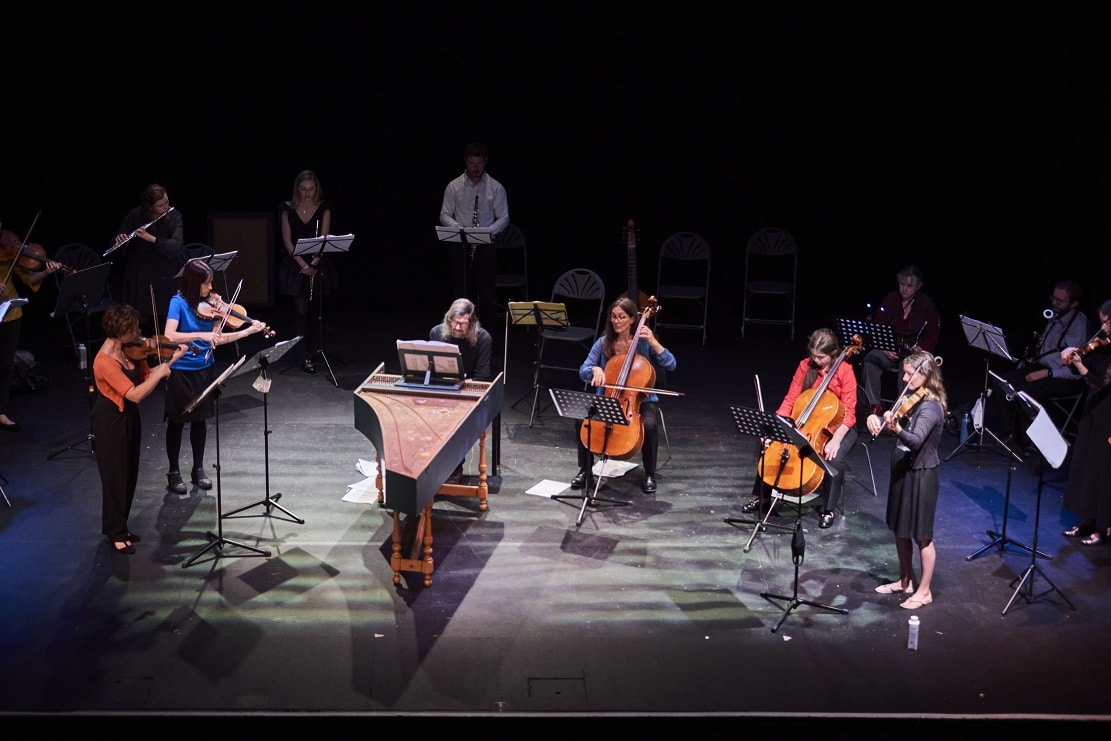 Armagh Observatory & Planetarium (AOP) is set to hold a live music event in its dome on August 19 to commemorate the 200th anniversary of the death of astronomer and musician, William Herschel. Renowned for discovering the planet Uranus, Herschel was also an accomplished composer.

The event will see Sligo Baroque Orchestra perform a programme of music in the Observatory. This will include Herschel’s symphony No. 14, along with a movement from a string symphony and from his second oboe concerto. The concert will also see what is believed to be the first performance since the 18th century of Herschel’s Violin Concerto in G major – with Nicola Cleary as soloist. Alongside these works by Herschel, the Sligo Baroque Orchestra will perform symphonies by two of his contemporaries, Johann Christian Bach, and Carl Friedrich Abel, who both famously performed in London.  The event will also feature a presentation by Armagh Observatory and Planetarium’s Director, Professor Michael Burton.

Professor Burton commented: “We are very much looking forward to hosting the Sligo Baroque Orchestra as they perform William Herschel’s compositions in commemoration of the 200th anniversary of his passing.

“As well as being an accomplished musician, Herschel was renowned for his ground-breaking discovery of the planet Uranus. His significance to the development of astronomy cannot be overstated, so it is fitting that we have chosen to celebrate his life in our Observatory. We very much look forward to welcoming visitors as they join us for the performance.”

Prior to becoming an astronomer, Herschel was a professional musician of considerable note. He performed as a violinist, violist, oboist, harpsichordist and organist, and became director of public music in Bath. His body of composed music includes over twenty symphonies, as well as concertos and pieces for smaller ensembles. Born Friedrich Wilhelm Herschel on November 15, 1738, he pioneered the use of astronomical spectrophotometry, using prisms and temperature measuring equipment to measure the wavelength distribution of stellar spectra. Whilst undertaking this research, Herschel also discovered infrared radiation.

Nicola Cleary, leader of Sligo Baroque Orchestra said: “We are delighted to have been invited by Armagh Observatory and Planetarium to perform pieces by William Herschel as we celebrate his life.

“Herschel was a both a trailblazer and a polymath. In addition to his contributions to the world of astronomy, he left a great musical legacy, and it is a pleasure to perform some of his most powerful pieces in such a significant venue.”

Tickets for the event can be purchased by clicking here.