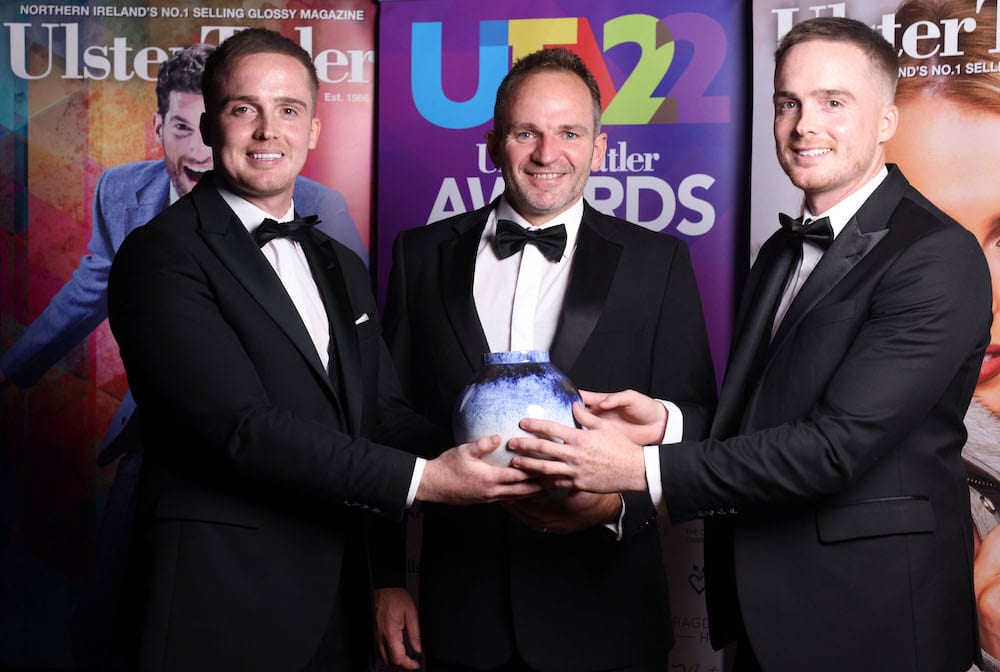 County Armagh was well represented at this year’s Ulster Tatler Awards 2022 with three individuals and businesses from the county and its surrounding areas picking up prestigious titles at this year’s Awards.

Trevor Wilson of Beaufort Interiors was awarded Interior Designer of the Year at the glittering awards ceremony, which took place on Thursday, September 8 in St. Anne’s Cathedral, Belfast.

Aimee McVeigh from Portadown also stunned on the evening to take home the Best Dressed award on the night.

The Ulster Tatler Awards, now in its fifteenth year honour the achievements of homegrown individuals and businesses, the likes of which have been filling the pages of the province’s leading lifestyle and society magazine for more than 50 years. Aimee McVeigh from Portadown took home Best Dressed award on the night, pictured with Joanne Harkness of the Ulster Tatler.

One of Northern Ireland’s most esteemed musicians, Barry Douglas CBE was awarded with the prestigious Lifetime Achievement accolade on the night.

Other big winners on the night included TikTok viral magician Joel M, who was named Celebrity of the Year in a hotly-contested category that saw him contest against a mix of local and international stars including Rebecca McKinney, Gyasi Sheppy, Nicola Coughlan and Adrian Dunbar for the coveted title. Interior Designer of the Year was awarded to Trevor Wilson of Beaufort Interiors, pictured here with award sponsor Joe Cleland of Hafele

“The difficulty in choosing just one deserved winner seems to become greater every year and that speaks volumes on just how high the standard is across the province. Every single category was bursting with worthy nominees,” said Ulster Tatler editor Chris Sherry.