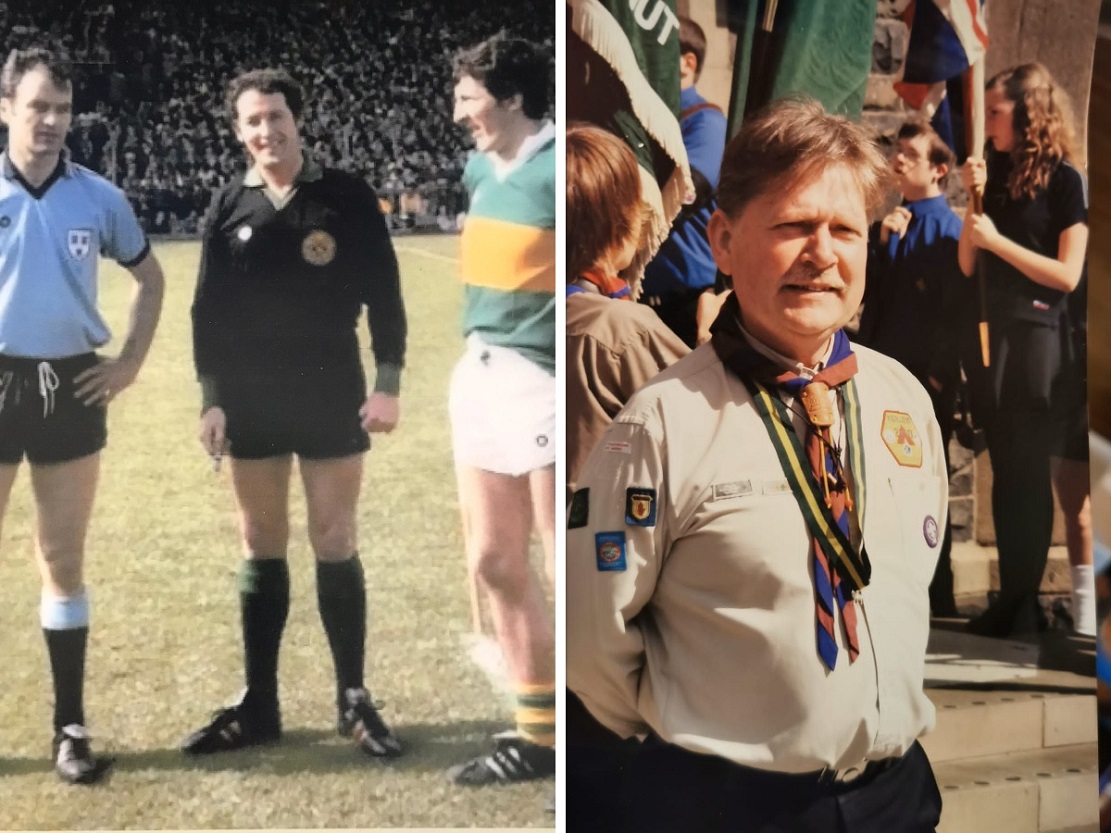 The persons shortlisted for the Special Recognition – Lifetime Achievement Award have dedicated their lives to two very specific fields.

The award, sponsored by Sean Cavanagh and Co. Chartered Accountants, recognises individuals who have made an exceptional contribution within the local community over the years.

Paul Walker has devoted most of his life the the Scouts having been a Leader with the 4th Portadown Scout Troop from the age of 16. Paul Walker with his daughter Jennifer Neill and grandchildren Rheuben, Ellis, Esme and Dinah on their last commonwealth parade before Covid two years ago.

Now 64, all of Paul’s children have gone through the Scouts, two now leaders, and it is his daughter Jennifer Neill who nominated him for the award.

Speaking to Armagh I, she said: “When he grew up, his mother and father were in St Marks church, and his dad ran the Cubs in Mullavilly.

“My dad went to the Cubs at St Mark’s, he stayed on as they needed young leaders and he sort of built it up from there”.

Paul rose up the ranks to District Commissioner and eventually County Commissioner, but has since retired from this role.

However, he continues to play an active part in the movement at St Marks with even during the pandemic 40 regulars attending the Scouts every Friday.

Jennifer said: “He is such a people person and is so caring, I mean when you see the faces of the children light up when he comes into the room it could melt your heart, and I am his daughter.

“He just treats all of the children as it they were his own and he has inspired so many over the years.”

Those inspired include his own children, with all of them being involved in the Scouts, two now leaders, and all of his nine grandchildren currently engaged with the St Marks Troop.

“They are all looking to be leaders,” said his daughter, “the oldest grandson is only 14 but my dad is just so child orientated and community orientated.”

Our second nominee is Hugh Duggan, who has been nominated by his daughter Lisa Duggan. She explained how her father had dedicated his whole life to GAA, having retired just this year after 40 years of being an international referee in the sport.

Hugh first picked up the whistle embracing bother soccer and Gaelic football in the early 70’s, but it was in the latter that he would come to prominence.

What should have been the pinnacle in his career was being the man in the middle of the All-Ireland final between Dublin and Kerry 1979.

In the Croke Park epic, Kerry may have won rather comfortably but Hugh had the task of dismissing the legendary Páidi Ó Sé,on eight All-Ireland medals in his career,  in the second half.

Following this, Hugh made the decision as so many did to start a new life in the States but that did not mean leaving the sport behind.

After emigrating, he became one of the GAA’s great missionaries, spreading the sport across the country but regularly returning pre-pandemic to follow his county team.

In America, Hugh dedicated his time to travelling thousands of miles to aid the progress of GAA across the various states, also organising seminars to improve the standard of refereeing in the country.

Hugh was a founding member of the San Francisco Ulster club in the mid-80s and was also heavily involved in the Michael Cusacks club.

In 2010, he was presented with his referee’s ‘Hall of Fame’ award at Croke Park and followed this by being inducted into the San Francisco Hall of Fame in 2015.

Last year, the 79-year-old took charge of his final Gaelic football match at an American colleges tournament in Las Vegas.

His daughter told Armagh I: “He is 80 at the end of the month, he was supposed to have a party but it has been put off to March, I think it is time for him to put his feet up but I am 48 and he is fitter than I am.

“His work in refereeing is well documented, he is well known, but there are things that he doesn’t tell people about. He has helped get many sponsorships for clubs, organised cross community events and has brought teams over here to play.”