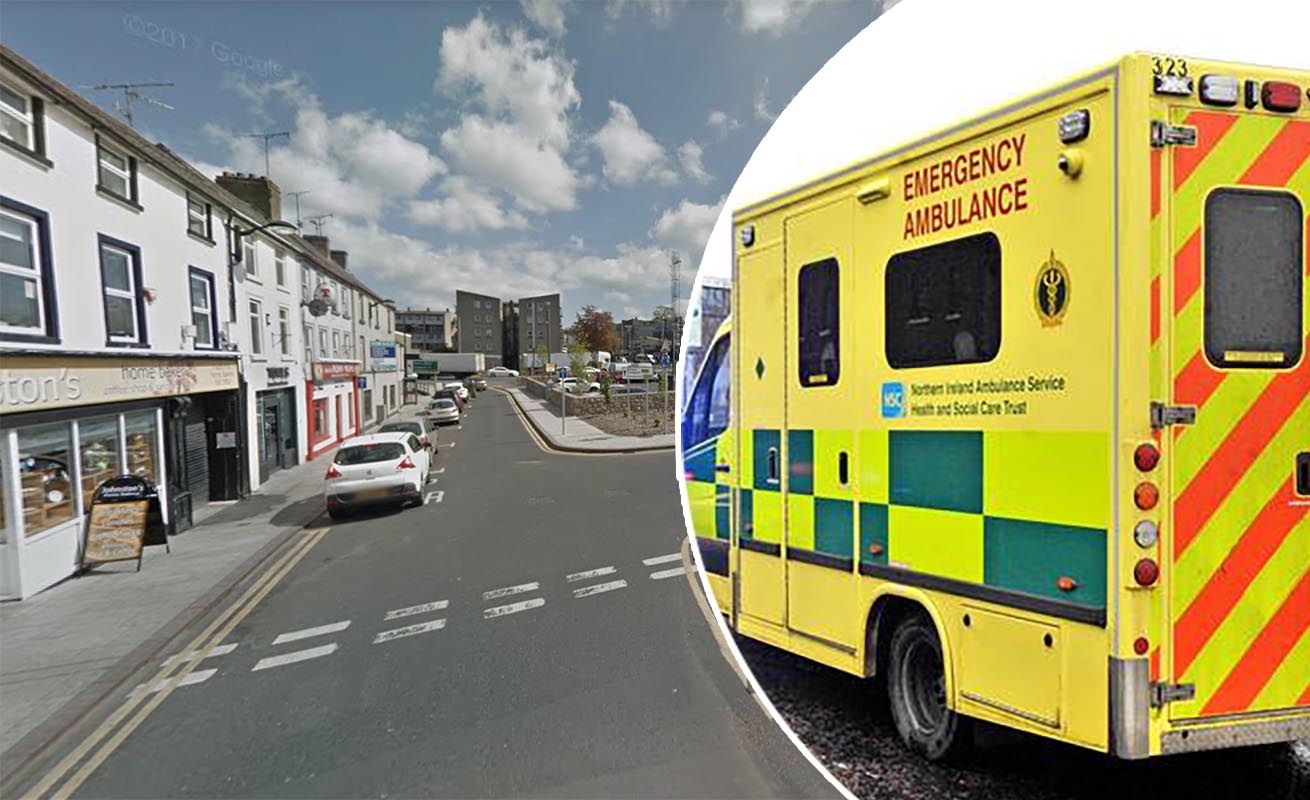 An 82-year-old man who fell and smacked his head on a kerb in Armagh city on Monday was forced to wait on the street for an ambulance to arrive all the way from Newry.

The Northern Ireland Ambulance Service (NIAS) has apologised after the man was left waiting half an hour while passersby comforted him until the arrival of paramedics.

One man, who assisted the pensioner and did not wish to be named, said the whole wait was “simply unacceptable”.

“The 82-year-old gentleman fell as he crossed the road on his way back to the car at Johnston’s Bakery,” he explained.

“He fell stepping onto the footpath and hit his head, leading to a deep cut.

“Thankfully he didn’t sustain any serious injuries but he was taken to hospital for treatment so it was certainly serious enough.

“There was myself and another man who witnessed this and we both went to the gentleman’s aid and called an ambulance.

“This is where it gets unacceptable. The ambulance took ages to arrive, leaving this man sitting on the side of the road in the rain with blood running down his face.”

He added: “A lorry also had to be directed around this gentleman.

“I just think it’s a sad reflection on the state of so-called government that an 82-year-old can be left sitting like this for so long.”

The Northern Ireland Ambulance Service apologised for the wait.

In a statement to Armagh I, an NIAS spokesperson said: “The Northern Ireland Ambulance Service received a call at 10.37am on Monday, March 5, following reports of a male having fallen and sustained a head injury on Scotch Street, Armagh.

“Based on the information received by the emergency call-taker, the call was classified as a Category B (serious, but not immediately life-threatening) response.

“NIAS seeks to respond to every emergency call as quickly as possible with the most appropriate response. Calls are prioritised based on clinical need.

“At the time of this call all ambulance crews were engaged on other calls.

“The first available, closest ambulance was allocated at 10.54am from Daisy Hill Hospital. The crew arrived at the scene at 11.15am.

“Following initial assessment and treatment at the scene by paramedics, the patient was transported to Craigavon Area Hospital for further treatment.

“NIAS would like to apologise for any extra discomfort and distress caused to the patient during his wait for the arrival of an ambulance.”