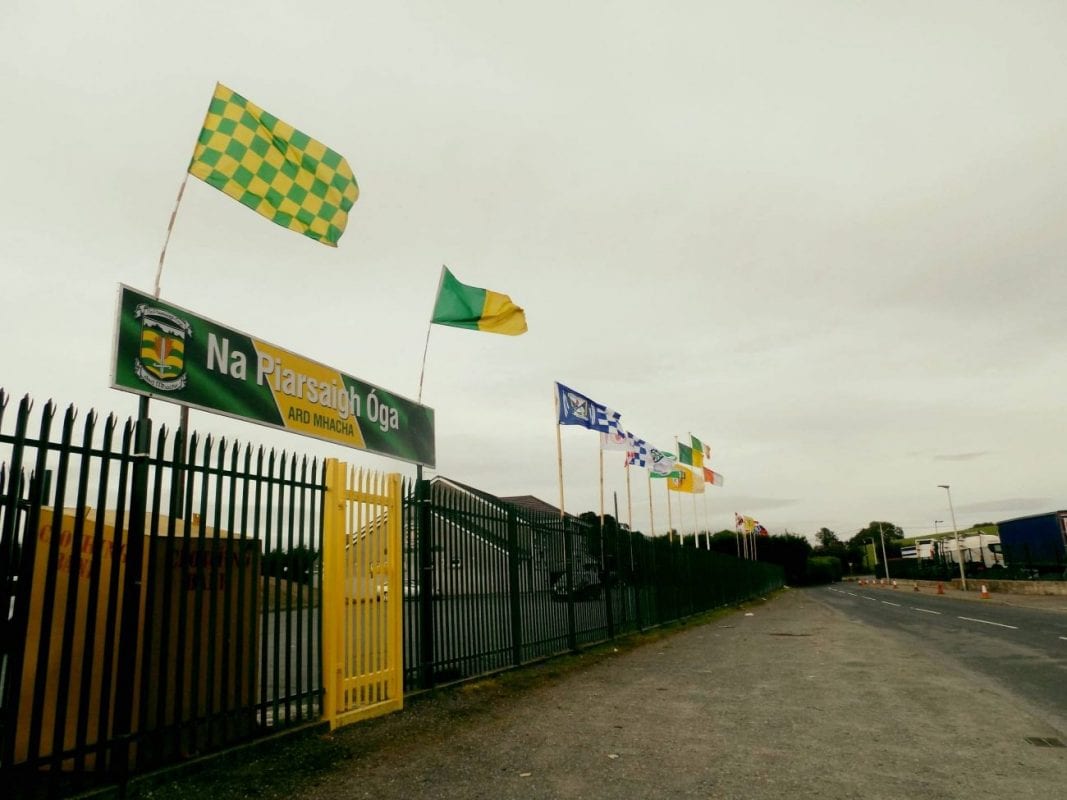 Plans by Armagh’s own Pearse Og GFC to build a new 200-seater stand, terrace and more have scored a thumbs-up from ABC Council.

It is now two years since Pearse Og submitted proposals for major changes at its ground at Ballycrummy Road, which coincided with the club’s 70th anniversary.

Now councillors sitting on ABC Council’s planning committee have given the development the go-ahead.

As Armagh I revealed at the time, the plans would include the provision of a four-tier spectator stand – boasting a total of 200 seats – to the rear of the pitch.

The covered stand will also have a ramp access with a special designated wheelchair area to the front left hand side.

For standing spectators to the front of the ground – adjacent to the clubhouse on the opposite side of the pitch – will be a new tiered terrace. It too will boast a wheelchair-accessible viewing area.

The plans also include two new skills walls within the site.

And new fencing will be erected too, with two new turnstiles installed at the entrance.

Further correspondence to address questions in relation to parking have since revealed that the proposals would mean the provision of 71 spaces when “formalised and marked”, with four designated disabled bays and two for buses, as well as “adequate space for turning and existing the facility safely”.

The parking provision is “in excess of current needs and allows for overspill if necessary”.

Planning officials had considered the proposals in depth.

And their professional report – presented to council at January’s planning committee – states: “The site occupies a relatively isolated location.

“Agricultural lands are located to the west of the site whilst residential dwellings are separated by a sufficient distance to the east so as not to exacerbate any existing concerns.

“The site is an existing playing field, therefore the use is established.

“The development is seen as an upgrade of existing facilities as opposed to an intensification of use.

“In consultation with environmental health, officers are therefore satisfied that the proposal will not have an unacceptable impact on the amenities of neighbouring residents.”