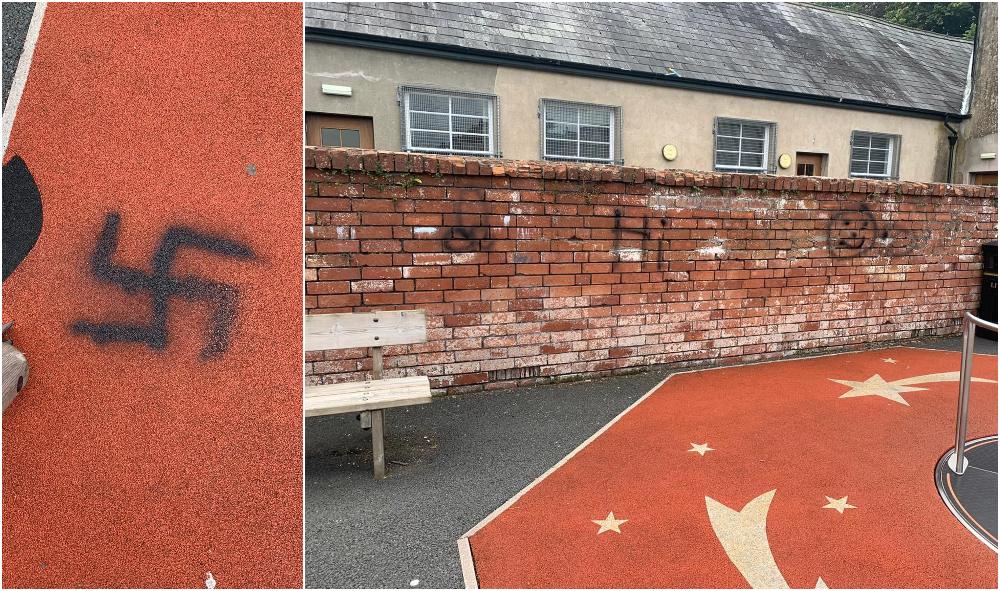 This was the scene that greeted parents and their children in a County Armagh village play park this morning (Monday).

Vile graffiti crudely daubed in spray paint adorned the walls and play surface of the park in Milford, just outside Armagh City.

The Swastika – a racist Nazi symbol – and genitalia were among the worst of the senseless graffiti.

One outraged parent, who sent these images to Armagh I, said they were absolutely disgusted, having arrived in the play park with her four young children.

“Parks are so important in the local community for kids to come together, meet new people and make new friends, those involved should be totally ashamed of their actions,” said the woman.

“It’s absolutely mindless – thankfully my kids didn’t ask too many questions but it’s certainly not something I want them subjected to at such an age, or any age for that matter.”

The state-of-the-art play park in Milford opened in 2015 after major Council investment. It will be left to the ratepayer to foot the bill for this clean-up.