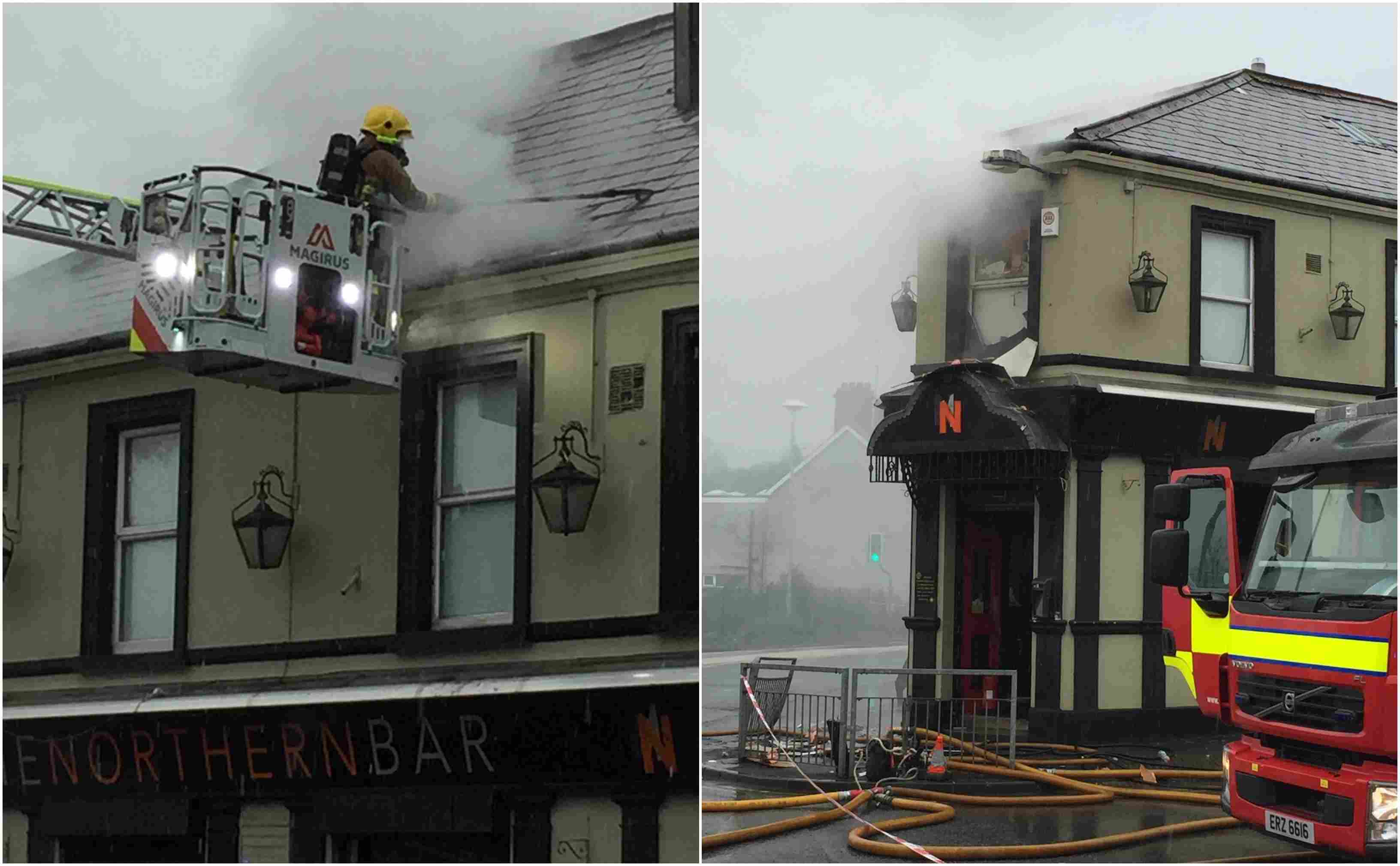 The owners of a popular Armagh city bar gutted in a fire just over a week ago are hosting a St Patrick’s weekend party.

Despite the blaze and the extensive damaged caused to the Northern Bar on Monday, March 4, its owner says they will be hosting two days of festivities this coming weekend.

Posting on the bar’s Facebook page, owner Michael Hughes, has once again thanked everyone for their support.

“It wouldn’t be St Patrick’s without a party,” he said.

Adding: “We are having an outside party with a heated marquee and outside bar.

“Saturday and Sunday, music and good craic and Irish stew on Sunday to warm your bellies!

“We once again want to say a massive thank you to everyone for the messages and the support we’ve had over the last week, it has honestly been a struggle and feels longer than a week. Looking forward to seeing you all over the weekend.”

Police are still investigating the circumstances around the fire, which they believe was an arson attack, and linked to an incident in Mullacreevie Park later that morning.

Speaking last week, Inspector Gary Moore, said: “Following an inspection of the premises we believe that entry had been gained to the bar sometime in the early hours of this morning and the bar then ransacked and set alight.

“We are also investigating an incident at Mullacreevie Park, where a white Audi A6 car was set alight shortly before 5am [that] morning.