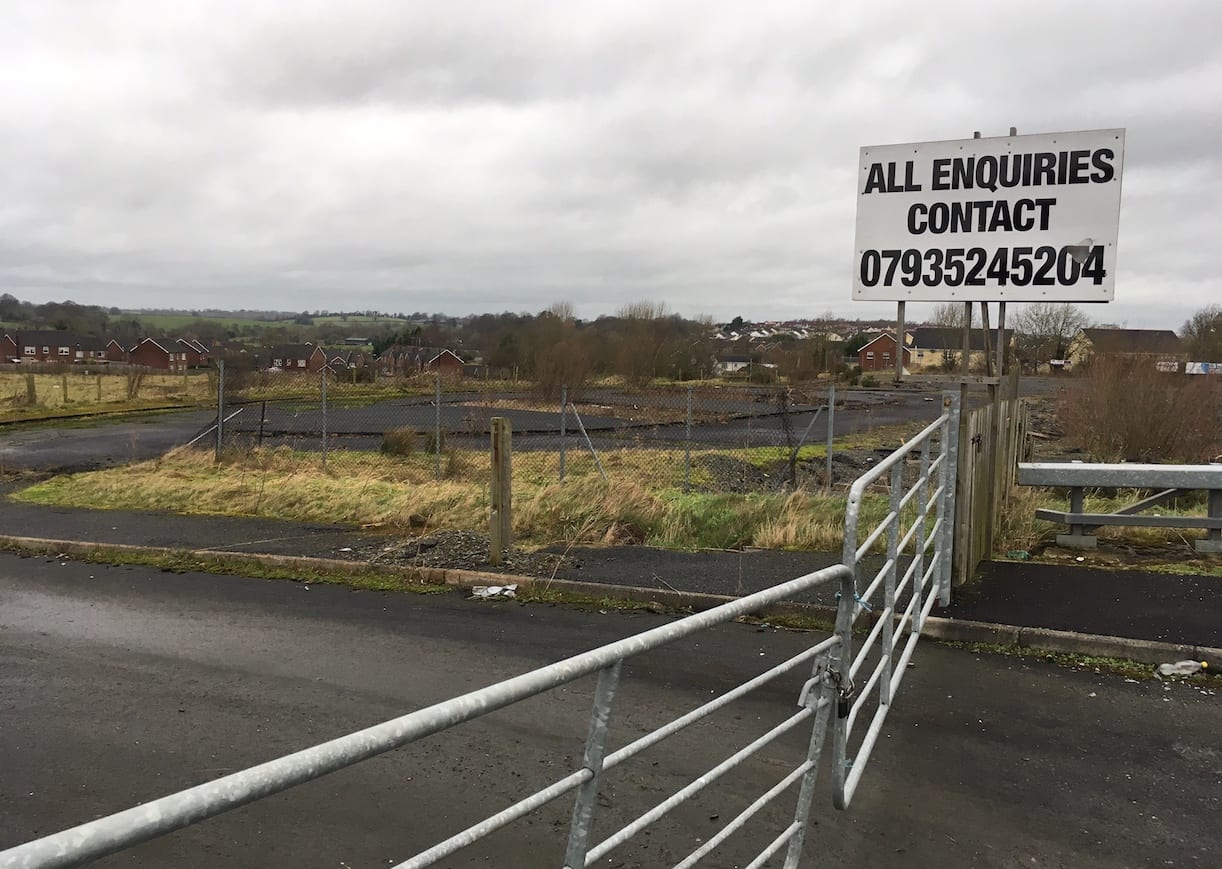 Plans for a major mixed-use development on the outskirts of Armagh – including housing, retail and even a creche – are to be recommended for outline planning approval this week.

The proposals refer to an expansive site taking in the former Armagh Integrated College at Keady Road and have been classified as a ‘major application’.

A special public consultation event was staged in the City Hotel to give people a chance to see exactly what has been proposed.

Armagh I first reported on the proposals back in January of last year, described as a ‘gateway’ location into Armagh by the applicants.

Now, almost a year-and-a-half later, planning officials are to recommend on Wednesday that outline approval is granted to John, Paul and Barry Breen.

If accepted, it will pave the way for the Keady-based applicants to work up and submit the full detailed application for their proposals.

The overall site stretches to just over four hectares.

It is describe as being “adjacent to and south of Rockfield Downs, east of Demesne Park, taking in the former Armagh Integrated College site fronting the Keady Road Armagh”.

The college actually opened in 2009 but closed after only five years.

The site has been vacant ever since but all that looks about to change.

As Armagh I first revealed, in January last year, the application – which was submitted in April after the public event – was to include in the region of 50 new homes, a crèche facility, light industrial units and petrol filling station with associated retail shop. But a later amended application – lodged just last month – makes no mention of the industrial usage.

In addition to what is proposed, however, the hope is to include a play area as well as landscaping, open space and the provision of access on to the Keady Road, and parking and ancillary works.

According to a planning statement, the overall aim – in housing terms – is to create “a qualtiy residential development in the form of a variety of sized detached and semi-detached dwellings with ample parking and private amenity space”.

In relation to the light industrial use element of the scheme, it was originally reported that this could possibly be a “tyre and exhaust/car repairs type use” operating in conjunction with the petrol filling station.

The filling station’s conceptual layout would provide “active frontage and a visual attraction to traffic and create choice for consumers”.

The creche and commercial elements, meanwhile, are described as being “strategically located to be accessible by residents of both the proposed scheme and those in neighbouring residential developments”.

The creche is described as being in an “optimum location” for a day-care facility as it “complements activities in the surrounding area”.

A retail impact assessment has been carried out and it is pointed out that the shop would stock “purely convenience goods”; the applicants are happy to accept a recommendation that no fried foods be sold to reduce the possibility of odour impact.

The impact assessment says of the petrol filling station: “The proposal will be designed to accommodate the demands of many high volumes of vehicles travelling along the Keady Road each day.”

In relation to the capacity to support a new store, the statement says there is “clearly an abundant retail spending” to do just that.

It adds: “Customers tend to spend their money in the shops that are available. If the proposal is not delivered the money will be spent in large supermarkets and petrol filling station locations in the wider catchment area.

“The proposal will help retain spending in the local core catchment area, supporting the local businesses and shops in this part of the city.”

The statement says that the development will create jobs – both when complete and during construction – have a “general positive impact” on the local supply chain – shops, restaurants and service providers – raise additional rates for council and offer improved consumer choice, particularly for those who may have a “lower level of expendable income and travel/transport constraints”.

Planners will recommend to Armagh City, Banbridge and Craigavon Borough Council that outline planning permission is granted when the committee meets on Wednesday. It will be up to councillor then whether or not to accept that recommendation.

If they do, a more detailed application will be brought forward to turn the proposals into reality.