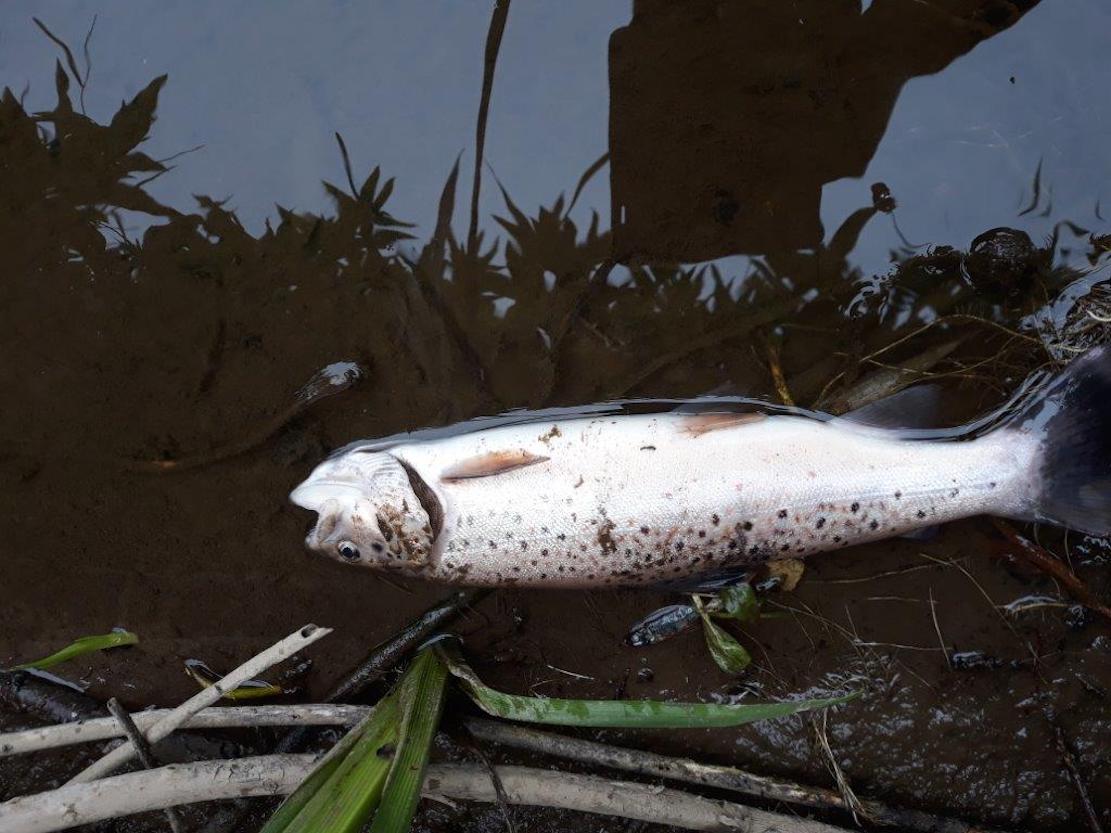 Officials are investigating what is believed to be a major fish kill at the Callan River in Armagh.

It comes after reports from members of the public about a large number of dead fish, both floating in the river and washed up along the banks.

The fish kill was noted close to St Catherine’s College.

One local woman, Monica, contacted Armagh I after her attention was drawn to it.

She said: “There are dead fish all over the place.

“I was just walking along the bridge when I spotted them, there was quite a few of them.

“I’m not sure what exactly killed them. I didn’t see any oil spillage, but the river is very littered and there were lots of empty bottles of alcohol under the bridge.”

The Northern Ireland Environment Agency (NIEA) say they are currently investigating a “major fish kill” on the River Callan in Armagh City.

A spokesperson said: “After receiving a report via the Water Pollution Hotline (0800 807 060) on Tuesday evening (June 12), indicating that there were dead and distressed fish in the river, the agency deployed an inspector to the area to investigate and determine the environmental impact.

“From the immediate investigation, a small number of fish mortalities were confirmed and the river was noted to be running with black discolouration.

“Prior to poor light preventing further investigation, the inspector traced the discoloured pollutant and identified that the impact was coming from a specific tributary to the River Callan upstream of Armagh City.

“An NIEA investigation team was on site early yesterday (Wednesday) and a definite line of enquiry is now being followed.

“To date approximately 1,000 brown trout and 100 salmon have been counted and work is ongoing to assess the full impact.

“Statutory samples have been collected and evidence gathered with a view to initiating prosecution proceedings through PPS. The investigation, under the Water (NI) Order 1999 remains ongoing.

“Following set procedures, the NIEA’s Emergency Pollution Officer notified the Department of Agriculture, Environment and Rural Affairs, (DAERA), Inland Fisheries, so that a joint investigation could be carried out. DAERA Inland Fisheries have confirmed that a Major Fishkill has occurred.”