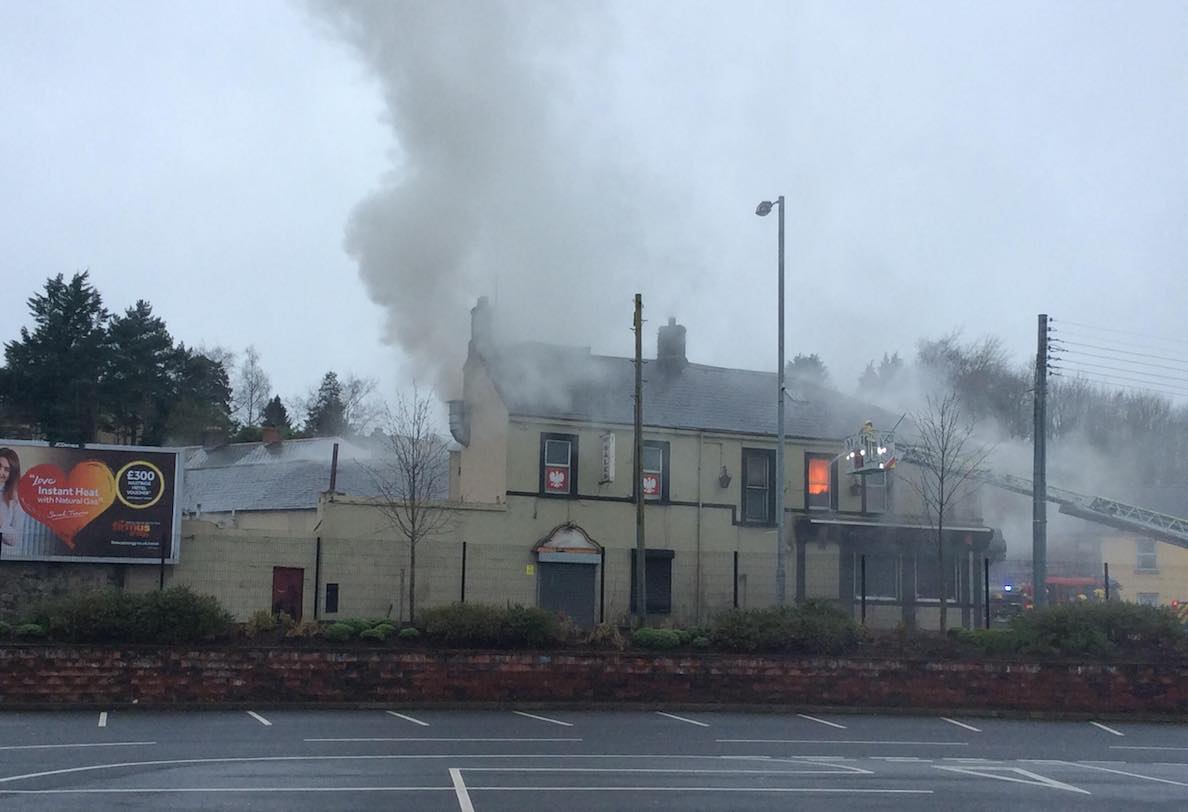 The owner of an Armagh bar gutted in a fire on Monday says he hopes those responsible are caught for the “hurt and sadness they’ve caused”.

Michael Hughes, who owns the Northern Bar on Railway Street, says his family and staff have been left saddened by the events of yesterday morning.

Around 30 firefighters spent most of the day dousing the flames which ripped through the two-storey property.

Police say they are treating the blaze as suspicious.

“To say I’m devastated would be an understatement,” said owner Michael on the venue’s Facebook page.

Adding: “To think that someone has done this to us is just unbelievable. They took my bar, my business and my livelihood.

“I want to thank everyone for their messages of support. At this point we are unsure of the future at the Northern Bar.

“Myself, my family and the staff at the Northern Bar are just so saddened and shocked.

“We hope that the people who did this will be caught and realise the hurt and sadness they’ve caused.”

Inspector Gary Moore said: “Following an inspection of the premises we believe that entry had been gained to the bar sometime in the early hours of this morning and the bar then ransacked and set alight.

“We are also investigating an incident at Mullacreevie Park, where a white Audi A6 car was set alight (image below) shortly before 5am this morning.