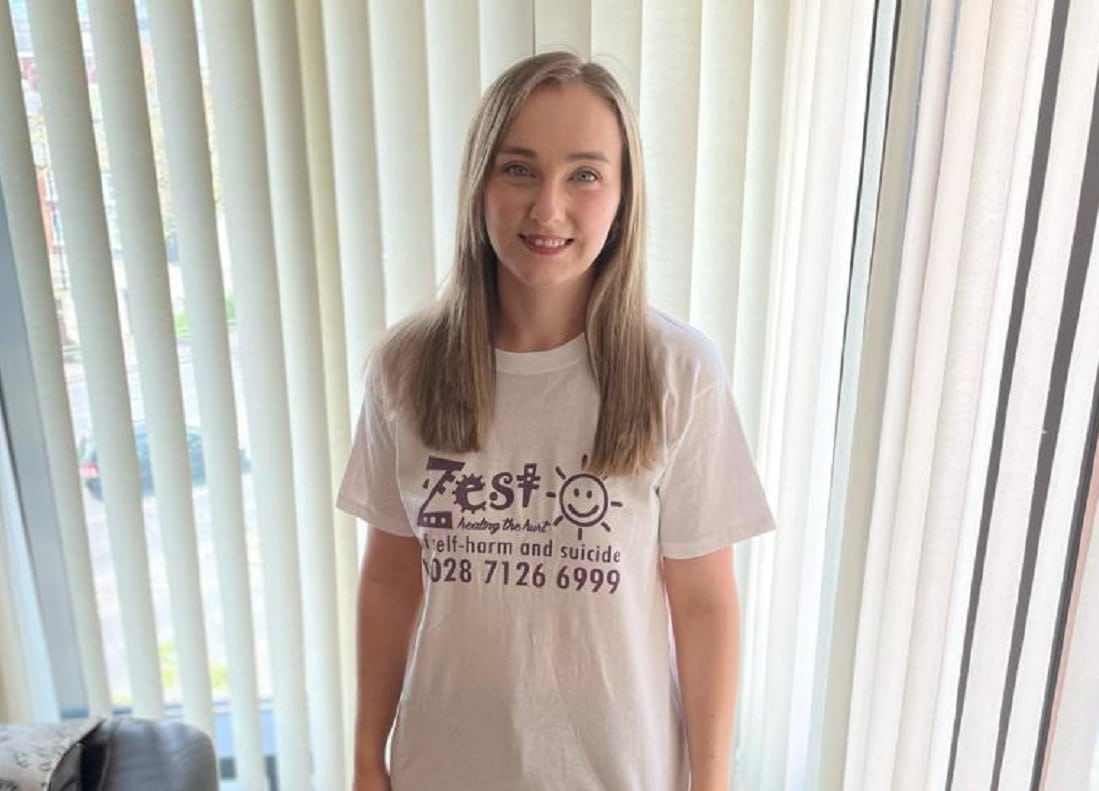 A young Armagh woman who took up running for the first time over lockdown will be pulling on her trainers for the month of June to raise money and awareness of a mental health charity.

Niamh Moore (27) wants to “give something back” to Zest – Healing the Hurt, which helped a family member through a very difficult period.

“Mental health has always been really important to me. A lot of people suffer from it in society but it’s not really talked about. For me, it’s as important as physical health,” she said.

“The way the world has been over the past year-and-a-half with lockdown, there really has been a lot of people struggling. On top of that, I have a loved one who has struggled and the charity helped them through a tough time and did so much for our whole family.”

Niamh, who is living and working in Belfast at present, is aiming for 100 miles – although she may do more – and plans to build up slowly at first with a few long walks.

“Once I get the legs limbered up, I’ll be running and jogging,” she said. “I had never really run before lockdown but I am enjoying it so much.”

Niamh will be setting off for her first walk today (Tuesday) around the Titanic Quarter, accompanied by a podcast or music to keep her going.

She has already raised more than £500 on her JustGiving page – way above her original £150 target- and says she has been overwhelmed by people’s generosity.

The charity has provided her with a T-shirt, which includes its name and contact number, and she hopes this will help raise awareness.

“If one person sees it and rings up and gets help, then doing 100 miles will be well worth it. It’s all about saying ‘it’s okay not to be okay’ and ending the stigma that surrounds mental health,” she said.

“There are a lot of people struggling out there and they don’t like to talk about it. If they don’t want to reach out, it’s about us reaching in to them.

“It’s also about being there as well to listen, if people want to talk.

“The charity really helped my loved one through a tough time and as a family we would have no hesitation in recommending them and reaching out to them again if we needed to.”

Northern Ireland charity Zest offers support and care to “to those who don’t feel accepted, who don’t feel safe and are losing hope” and who may be at risk of suicide and self-harm.

Meanwhile, Niamh will be back home in Armagh later this month so keep your eyes peeled for her.

“You’ll probably see be doing laps of the Mall,” she laughed.

Anyone wishing to donate can do so at www.justgiving.com/fundraising/100-miles-in-june