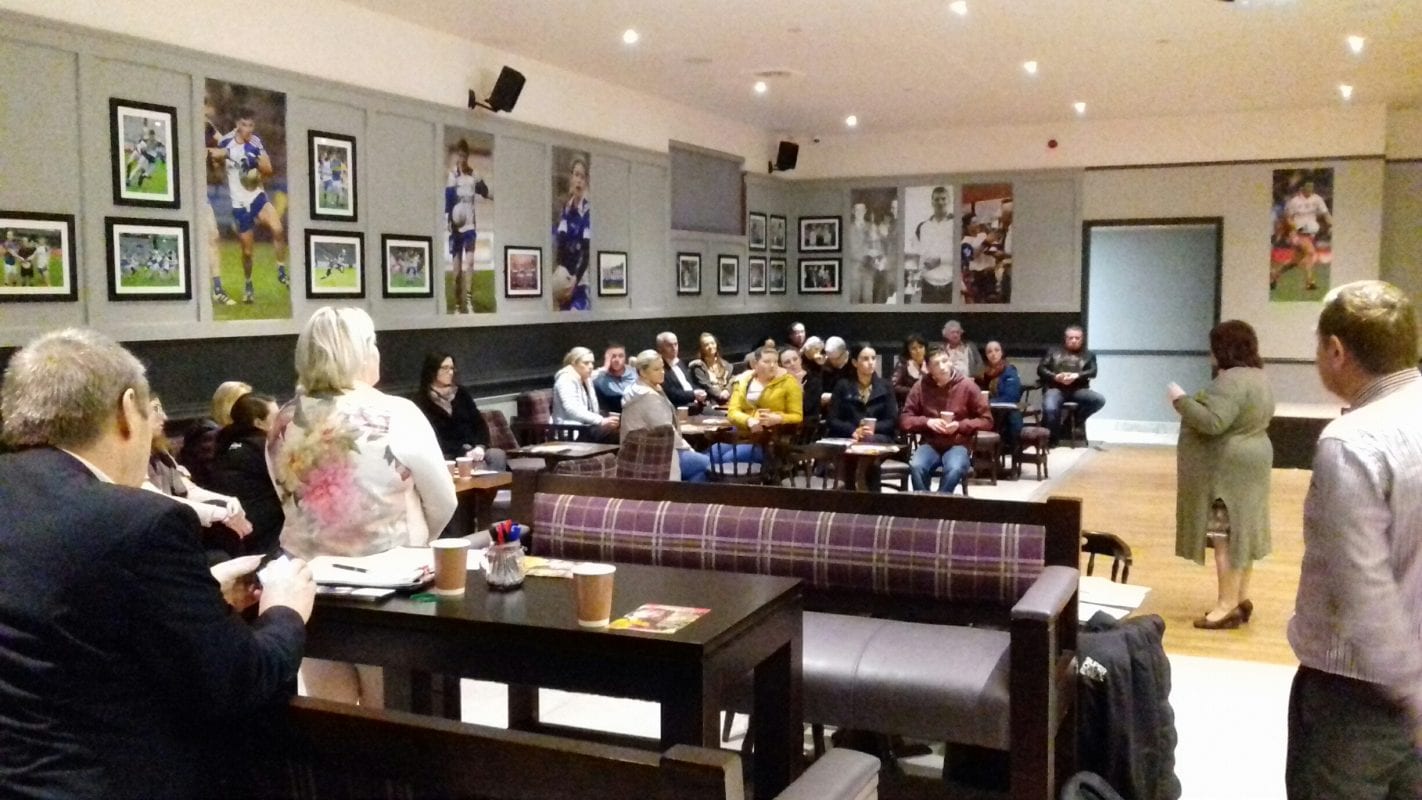 Those who attended the public meeting in the Harps Club heard plans for a new Irish medium primary school for Armagh.

A new Irish language primary school will open its doors in Armagh next year.

The news was confirmed during a public meeting at the Armagh Harps Club on the Loughgall Road.

The third Irish language nursery school opened in the city in September.

And now it can be revealed that an Irish medium primary school will follow at the start of September 2019.

The presentations were followed by a Q&A session with Comhairle na Gaelscolaíochta representative Peadar Ó Cuinneagáin, during which prospective parents were given the opportunity to find out more about the developmental plans for Irish medium education in Armagh City.

The news comes as the Education Authority released their Annual Action Plan for Primary, Post-Primary and Special Schools in Northern Ireland.

It reflects the actions to be taken forward for the period April 2018 to March 2019.

Due to sustained pressure and lobbying by the local Irish language community, a ‘Key Issue Action for Primary Schools’ is to encourage and facilitate the development of sustainable Irish medium provision in the Armagh area.

This places an onus on the sectoral body, Comhairle na Gaelscolaíochta, and on the managing authority (EA) to develop options to establish sustainable Irish medium provision in the Armagh area by March 2019.

With current provision inadequate to meet growing demand, the EA have been compelled to act in order to address the shortfall which has arisen in recent years.

He told Armagh I : “We are haemorrhaging  dozens of children and their families from the Irish medium system every year due to the failure of authorities to meet obvious demand and evidenced need.

“Parents in Armagh have finally had enough and are demanding their right to choose Irish medium education for their children in accordance with the provisions of the European Charter for Regional and Minority Languages and the Education Act (NI) 2014.

“We welcome the key issue action contained in the Education Authority’s latest Annual Action Plan for Armagh and look forward to affirmative action being taken to address under-provision in our sector.”