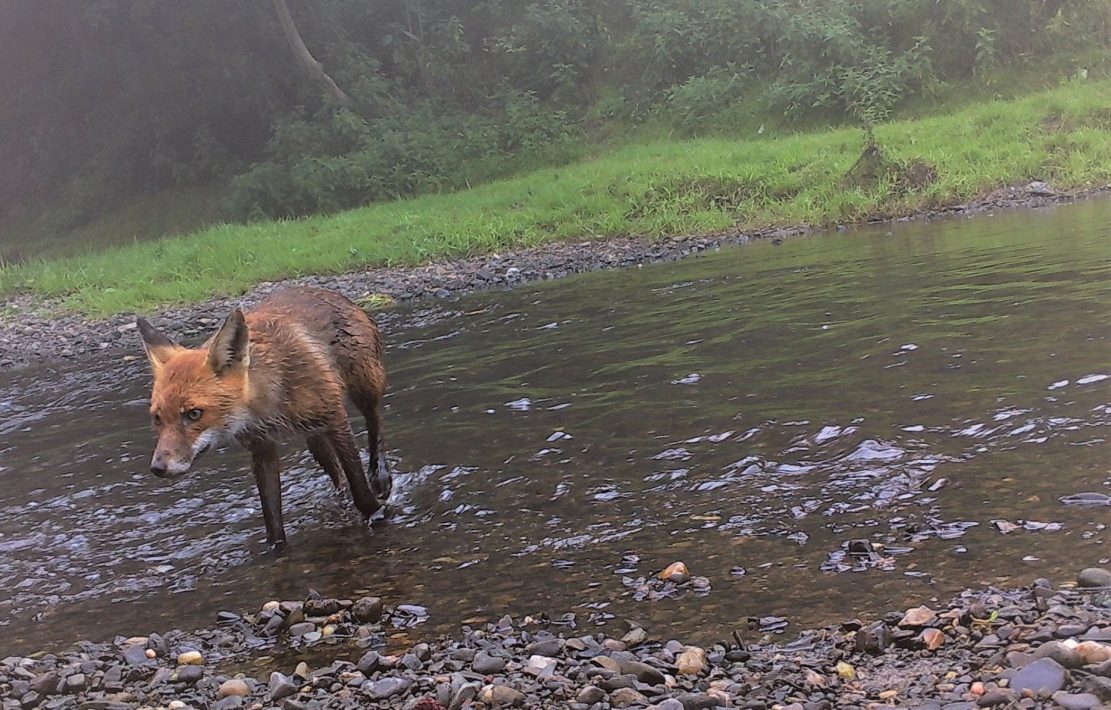 Two Armagh men have formed a group aimed at protecting and promoting the Callan River – and encouraging others to discover and enjoy the incredible wildlife which calls it home.

Sean McGirr and Sean McGerrigan established ‘The Callan River Wildlife Group’ having spent their youth enjoying this natural resource. Like most of the others who have now joined the group, they whiled away their days fishing, swimming and enjoying all the nature that goes along with it and were never to be found far from its banks.

They hope that generations to come will be able to experience and delight in this ancient natural resource.

Their efforts have also seen the ongoing installation of bird boxes along the Callan’s banks.

The Callan River is 26 miles long, rising from Tullnawood Lake in Darkley and flowing generally in a northerly direction through Armagh city, meeting the Blackwater River a mile outside Charlemont on the border of Counties Armagh and Tyrone.

It has a long history in Armagh, from a high king of Ireland, Niall Caille (Niall of the Callan), drowning in it just outside Armagh city in the year 846, through to the many flax mills and linen factories it powered providing jobs, to today, where it is taken for granted by many.

The group has recently installed wildlife cameras along the river and have discovered some species most people did not know existed on our doorstep, including the elusive pinemartin, otters, kingfishers and great spotted woodpeckers, the latter seen at Ballyards too!

Group member Philip Gordon said they have been delighted with the efforts and response from the public to date.

He told Armagh I of the reasoning behind the group and what they are doing and hope to achieve.

Said Philip: “In recent times, although still a haven for wildlife in some parts, the Callan river has been somewhat neglected.

“This was no more apparent than when last year agricultural pollution entered the river a few miles outside Armagh city with catastrophic consequences, resulting in the death of well over 1000 salmon and trout and causing untold damage to the whole river eco-system.

“The two Seans decided to take action and in June a plan was put in place to establish what wildlife, plants and habitat we have on and around the whole Callan river and what could be done to help and promote this cause.

“Through these investigations, wildlife cameras were placed along its banks and some of the results were quite surprising to us all. Pinemartins, otters, kingfishers, badgers, dippers, native brown trout and insect life appear to be thriving on the upper stretches of the river down to as far as Milford village. The pinemartins are of particular interest here. Their existence in this area was unknown and the footage captured on the group’s wildlife cameras is the first of its kind in Armagh.

“This is proof that the Callan River is the perfect habitat for all manner of creatures and we have a duty to protect it. Otters were rarely seen on the river and their climb in numbers over recent years can only be a positive sign.”

Philip said the group is also making tangible and practical efforts to help the wildlife which does exist, not just record and watch.

He added: “The group has also started a bird box campaign, building and erecting them and we hope to have 500 bird boxes in place right along the river before the end of the year.

“Some community groups along the Callan corridor have also come on board and have taken delivery of flat pack bird boxes processed by group members, so they can build and install them in their area.

“We are waiting on delivery of owl nesting boxes for the under threat barn owl and the elusive long eared owl that are known to hunt and live in the area.

“Wildflower and native tree planting are also in the planning to boost pollinating insect numbers and strengthen the whole eco-system and we hope landowners along the river can support this.

“The Callan River is a fantastic natural resource that can be enjoyed by everyone and a stroll along its banks to see the blue flash of a kingfisher heading to its favourite fishing perch, the bobbing head of a hunting otter or to simply sit and listen to the water pouring over one of its may water falls can only do the heart good.

“However, we feel that we have a duty to make sure this remains the case and everyone is welcome to support us or lend a hand.”

To see what is happening and if you want to get involved check out the Facebook page ‘Callan River Wildlife Group’ to view all camera footage, photos and information and feel free to message the group to get involved.