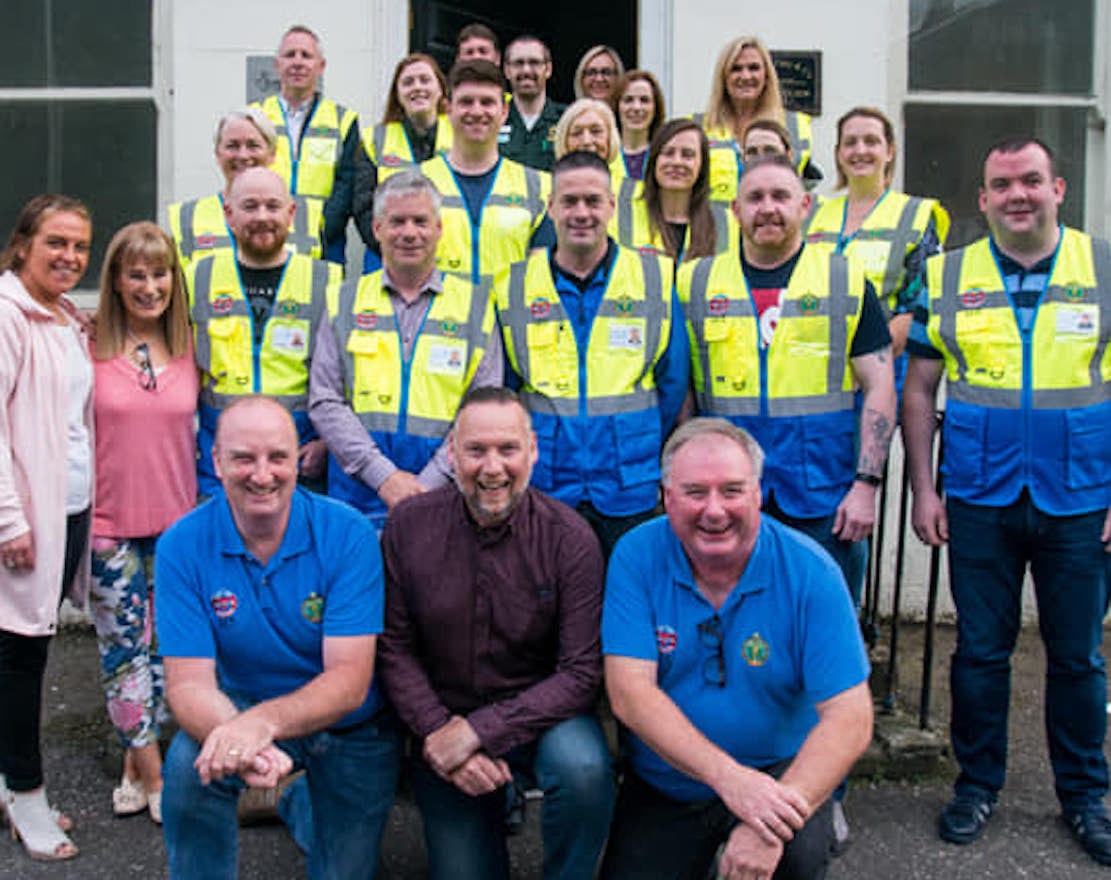 The latest batch of volunteer recruits for Community First Responders Armagh and Tyrone were unveiled at a graduation ceremony earlier this month.

The Community First Responders is a group of volunteers formed three years ago to help improve outcomes for patients who had experienced cardiac arrest in the community.

They work in conjunction with Norther Ireland Ambulance Service (NIAS) and are trained to NIAS standards.

Each responder is equipped with an extensive resuscitation kit which includes the lifesaving defibrillator. They have been trained in lifesaving techniques and can sustain life in a cardiac arrest until colleagues from NIAS arrive on scene.

Since the service went live in June 2017 CFRA&T have responded to over 400 activation’s by NIAS, they have attended calls for a wide range of conditions, from chest pains and choking events right through to complete cardiac arrest where they have had to intervene with CPR and defibrillation (shock treatment) to attempt to preserve life

One such event took place last October when Colly McBrien (pictured with the main group above) awoke at 2am with severe chest pain, he woke his wife, Majella to tell her and then he promptly collapsed to the floor unconscious and not breathing.

Majella instantly rang 999 and took instruction over he phone from the NIAS medical despatcher on performing CPR, at the same time NIAS crews and CFRA&T were being despatched to the scene, help arrived within 10 minutes in the form of rapid response paramedic and one of our senior responders Mark Winter, they both set to work on Colly and, through skills and tenacity managed to revive Colly and restart his heart.

Colly was taken to Craigavon Area Hospital and then later to the Cardiac specialist unit at RVH where he got the high level care which has enabled him to make a complete recovery, to the extent that Colly hopes to return to work in the near future.

Colly was present recently at the graduation of the latest batch of community first responders which took place at CFRA&T’s office and training facility in Dungannon, he presented the new responders with their certificates and told the new recruits of the importance of their role in the community.

Colly said: “I don’t know how to thank all those involved in helping me to up and walking around today.

“I am amazed at the commitment of CFRA&T responders who go out at all hours of the day to help people in dire circumstances without any financial reward.

“You all are amazing.”

CFRA&T Chair, Aidan Early addressed the group and added: “It was a pleasure to see Colly looking so well. This just shows the importance of having a first responder service in the area and everyone should be proud of their achievement in becoming a responder.”