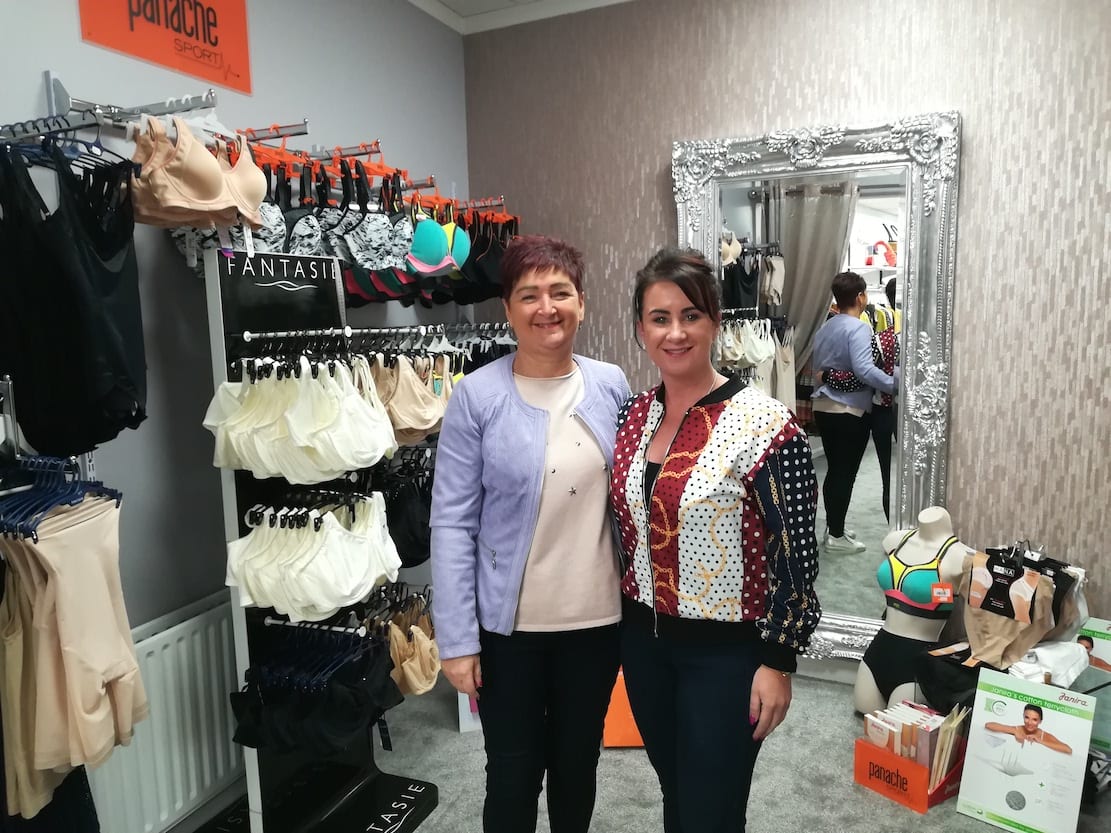 A new boutique in Armagh is hoping to be a trendsetter as it brings a flavour of the continental and a taste of the past to the historic city.

Opium, which opened its doors earlier this month, has been branded as a ‘One Stop Shop’ by co-directors Rosaleen Campbell (pictured left) and Lisa Johnston (right).

This is their second venture together, with their first store being located in Warrenpoint.

The new premises on Thomas Street may look like any other boutique at a glance from passersby, but there is much more to this new addition to Armagh’s commercial heart.

As you enter there is a coffee bar, ‘The Pot Kettle Black’, a second venture for coffee shop owner, Scott King of the Craic’d Pot.

At the rear of the store is a lingerie department where fitting is available and a beautician’s salon.

Rosaleen, originally from the city, told Armagh I: “The city really has lost a lot. The whole idea for the store harks back to the old department stores which used to be here.

“There was Lennox’s and Maddison’s; I can remember going with my mother and grandmother out to the store and the coffee shop, the city really misses that.”

One of the store’s main functions is offering professional bra fitting, currently not on offer within Armagh.

Rosaleen states: “Women are having to go to Dungannon for that service, some even as far as Belfast. We feel it really is something that needs to be available within the city.”

Opium also puts on events in order to fill the demands of the local women including those who suffer from breast cancer.

“We have gone to nursing homes, gyms and have started to work with a breast cancer support group. This is really something the women of Armagh deserve,” she said,

“They shouldn’t have to travel for this. We also have nursing bras for mothers.”

At the back of the shop is the Sparkle Beauty salon offering everything from nails and makeup to botox and massages.

Rosaleen added: “We want people to have an enjoyable experience and we want them to come back for the customer service.”

She highlighted the importance of local business stating: “All of the work that has been put into this place has been done by local businesses, from Scott at the Craic’d Pot, the boys at Traynor’s Furnishing to ADL tiles.

“I think it is important that these independent businesses support each other, and Armagh is full of these kinds of people.”

Rosaleen said that the idea for the store was also drawn from her many visits to Europe to source products.

She drew upon what she had seen at similar department stores from Paris to Madrid.

Speaking of the future, she said: “I really hope that Armagh is put back on the map. A lot of the town centre is having a facelift and I feel the traders are here.

“We just need to have better publicity for the great number of independent businesses and boutiques throughout Armagh.”

Rosaleen said there is also a comfy seating area, for weary, bag-carrying husbands and boyfriends to rest their feet!

And, whilst there, they can browse their selection of men’s shoes, including Barkers, which are on offer.