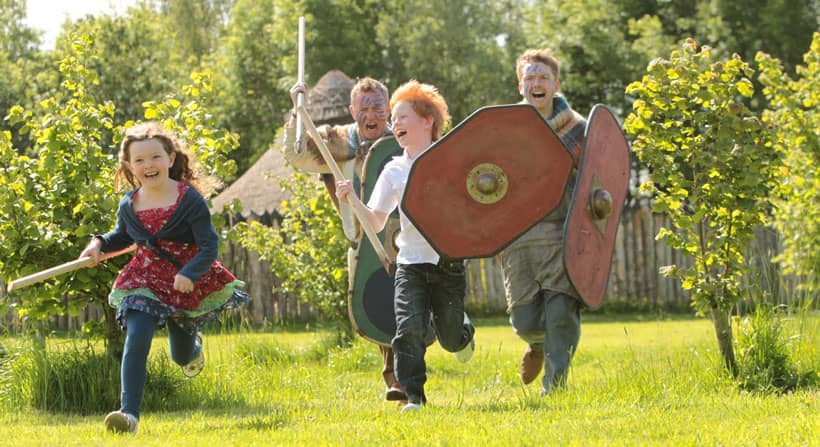 And if it goes down the path, the cost will come out of an expected £500,000 capital investment pot highlighted in a new five-year tourism strategy.

The plan – covering the period 2017-2022 – aims to have Armagh City as the ‘centrepiece’ or ‘hook’ of the borough for drawing visitors.

The mission is for the Armagh City, Banbridge and Craigavon Borough Council area to become a “market leading cultural tourism destination in Ireland by 2022”.

In terms of Navan, a number of ongoing developments and changes are planned.

But the move towards a bid by ‘royal sites’ across Ireland for the UNESCO definition has been on the cards for some time.

If successful, it would place it on a par with the Pyramids, the Taj Mahal, the Grand Canyon and Great Barrier Reef, and, closer to home, Northern Ireland’s only such site, the Giants Causeway.

The Navan Centre tourist attraction is owned by council, but the archaeology site which is interprets is owned and managed by the Department of Communities.

Armagh I first revealed the interest in World Heritage Centre back in 2014, when it was included in the budgetary rates estimate as a priority.

Navan Fort – and five other sites of significant and unique archaeological importance – are on a UNESCO tentative list for submission, as a transnational World Heritage bid, under the umbrella of ‘The Royal Sites of Ireland’.

In addition to Navan Fort in Ulster are Cashel in Munster, Dún Ailinne (Knockaulin) in Leinster, and Cruachan (Rathcroghan) in Connaught, Tara in Meath and the Hill of Uisneach in Westmeath.

A draft technical report will shortly be completed and a decision on whether or not to press ahead known by April.

But it does seem likely that the bid will go ahead.

Certainly, the new tourism strategy points to a key role for the Navan Centre, which tells the story of the Fort and interprets the important myths and legends associated with this site.

It says that outdated interpretation and failing technologies at the centre have meant it is difficult for it to offer the highest quality self guided experience for visitors, but the Living History interpretation provided, together with the Iron Age Dwelling, are strong and allow for “more interaction and a real immersive experience for visitors”.

It says the Navan Centre could evolve to become the centre for myths and legends in Northern Ireland, while the development of a related evening entertainment cultural experience “may present a particular opportunity”.

In the meantime, however, the consultants who compiled the report believe the World Heritage bid is worth pursuing, adding: “The challenge is to determine the centre and Fort’s position within the overall narrative of the city and indeed how to maximise linkages with other royal sites.”

Do you know where the speed cameras operate across Co Armagh?

‘Drug dealers bring only misery’ as police make another arrest