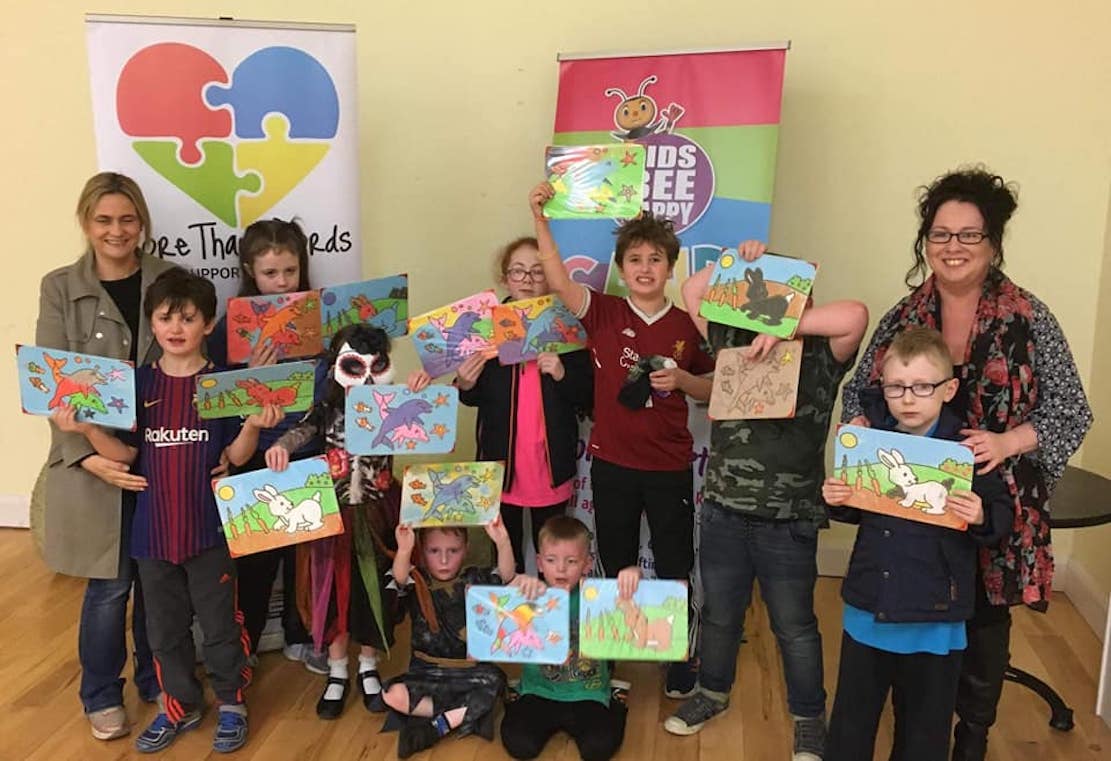 An Armagh mum has championed local councillors’ decision to make the Armagh City, Banbridge and Craigavon an autism-friendly district.

Joanne McCracken has three sons – all of whom been diagnosed with autism – and has been heavily involved in the campaign for this change.

Joanne is also a chairperson for the More Than Words autism support group – which puts on activities for children with the condition and brings parents together to support one another.

Speaking to the Armagh I, Joanne said she doesn’t want to have to apologise for her sons’ behaviour.

“I just want people to understand and be aware of their struggle,” she said.

The Armagh mother said that taking her children out into town required tons of planning and organisation.

“We have planning boards with tasks and packing, the preparation begins days before and even with that we cannot guarantee that one of the boys won’t act out,” said Joanne.

She became aware of autism trained staff while on a family trip to Newcastle Co. Down.

Joanne and the family visited a restaurant when one of her sons knocked a person’s food on the floor during a meltdown.

“I was mortified,” she explained. “But as I began to clean up the mess a waiter came over and asked if everything was okay.”

Then she forced out the words which she says she often has to, “I am sorry, my child has autism.”

However, Joanne was taken aback as the man told her he would clean it up and told her that everything was okay.

She later discovered that all of the staff at this restaurant were trained to deal with autistic children.

Joanne says that this is extremely important and even put forward the idea of cafes or restaurants placing stickers on their doors to let people know they were autism friendly.

This, she hopes, could help prevent the “social isolation” many parents in her position have with regards to getting out of the house.

Joanne stated: “I just want my boys to group up and be able to enjoy all the things that the others their age do.

“I am also aware that they are going to grow up and that I am not always going to be here; I want them to grow up in a society they feel secure in.”

Joanne says her three sons are all so different and unique in their own ways.

She said: “[Autism] affects all children differently and with it being a hidden condition, many people would have no idea they have it.”

But through the support group she has managed to organise trips to the planetarium and facilitate quiet times for the local swimming pool.

She also says that group events such as music therapy had been a “fantastic success”.

For Joanne this is only the start for Armagh city, which could join Newcastle, Co. Down along with places like Liverpool, Glasgow and Clonakilty in Co. Cork, in becoming autism-friendly.

This she claimed could be achieved through training of all staff, providing quiet rooms or areas in all shops, and in general increasing awareness.

“Most of the people in Armagh are already brilliant; the boys go to a barber where the women are so patient,” she said.

“There are also amazing toilet facilities in the Buttercrane shopping centre in Newry, which has a sensory zone and I think other places should look into it.

“But I just want that to be the norm for the sake of my boys and all those with autism”.

If you have a child with autism and would like support, Joanne is urging you to check out the More Than Words Facebook page.