Moving on up: 20-year-old race ace Ronan has a bright future in motorsport

'2022 has taught me a lot. What would normally have been learned over three years I have managed to pile into one year...I am on the right track and, with strong determination, a positive mindset and support from the team of people around me - I believe we can achieve this.' 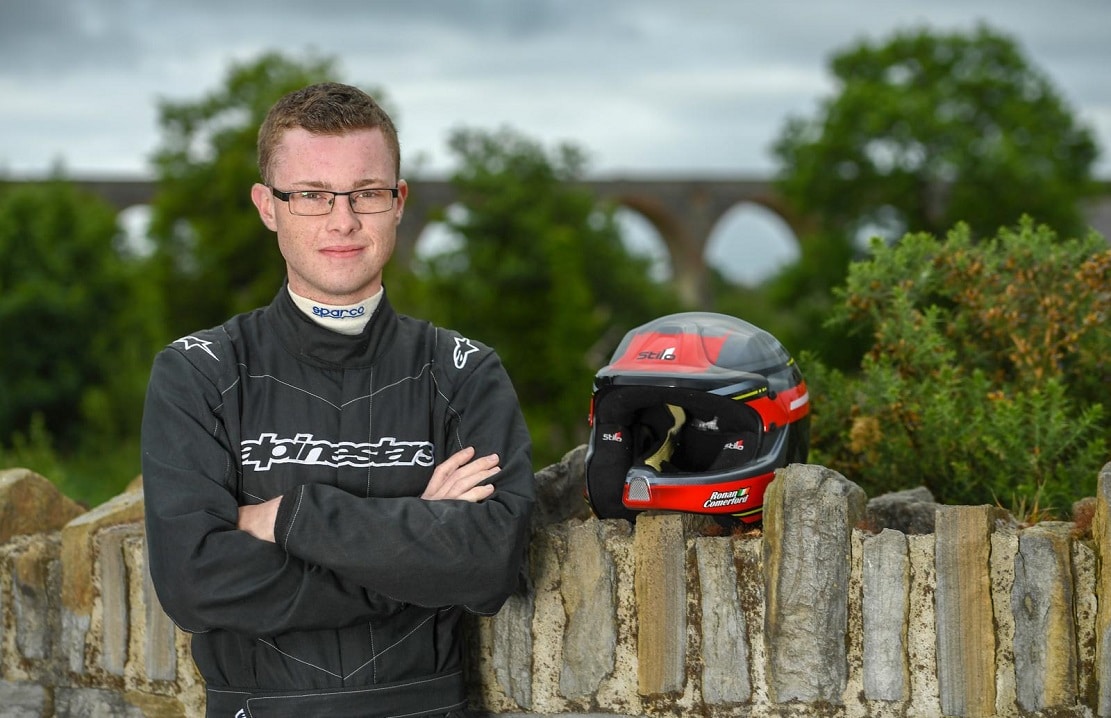 A young County Armagh man has his sights set on a bright future in motorsport, as he reflects on his career in 2022 and vision for 2023 and beyond.

Twenty-year-old Tassagh man Ronan Comerford, is a rally co-driver and, despite his young age, he has raced with some big names in the sport.

Ronan is one of 12 representatives of the Motorsport Ireland Rally Academy, set up to help develop the skills of young up-and-coming Irish drivers.

Speaking to Armagh I, Ronan said that with the typical rallying event there is a lot more to it than just putting your foot down. “Preparation starts at least a month in advance of each event. Sometimes I am juggling a few at once,” he says.

“It includes drafting up a team schedule with all of the key information for the time. I also have to watch ‘recce’ DVDs with my driver so we can familiarise ourselves with the stages that we will be competing on.

“Now that I am involved with the Motorsport Ireland Rally Academy, I have development days to attend where strength and performance is looked at, my nutrition is looked at and I receive mentoring for a range of aspects to help me for the event.

“When we are out on stage and on recce, we – as driver and co-driver – are constantly looking to see where we can make up time. It’s important for me to be slightly ahead when telling the driver what’s coming up and the dangers that are involved.

“With this, we use competition-only race tyres and so we are constantly adjusting tyre pressures and choosing the correct tyre for the conditions. This is one of the hardest things that comes with the sport as we always have to be gauging.

“Driver and co-driver seat time is of course another big factor in it, as the more event experience we have, the better we will be. We also have technicians that come with us to events and they can plug their computer into the car’s ECU and it will show us exactly what way the car is performing and what we can do differently to make constant improvements.”

Reflecting on his career in 2022, Ronan says that it has been a very successful year for him, despite the fact that this is only his first full competitive year in the sport. “Being selected to join the Motorsport Ireland Rally Academy was a huge plus and this has been a really great privilege,” adds Ronan.

“I have completed two championships this year – the Motorsport Ireland National and the Irish Tarmac Rally Championships – both of which have been really competitive and spine-tingling and have gone right down to the final rounds for the winners to be crowned.

“I also had the opportunity to go behind the scenes with the Motorsport Ireland Team at the recent RallyRACC Catalunya Costa Daurada, Rally de Espana based in Salou (the penultimate World Rally Championship Round), where I was able to dial into see how the world scene operates.

“I got media access to press conferences, saw how international timing works, met top people from the different manufacturers and got a general overview of all the daily runnings. It was definitely one to remember and I hope to be at that level very soon.”

It really is an upwards and onwards trajectory for Ronan which he has been covering at great pace, the experiences to date invaluable.

“2022 has taught me a lot,” he confides. “What would normally have been learned over three years, I have managed to pile into one year, as I completed my 16th and final event of the year at the recent Get Connected Rali Ceredigion is Aberystwyth Wales.”

Ronan says that following on the successes of 2022, plans are now well underway for 2023 and he is looking at a number of different options.

“I will remain with 2022 Junior FIA European Celtic Rally Trophy winner Joe Kelly in the Peugeot 208 Rally4 as we get to grips and develop the car further,” he explains. “The Irish Tarmac and the British Championships are on the cards as well, but there are a few lines to iron out first before our decision can be made final.

“I will also remain with the Motorsport Ireland Rally Academy for a second year as I step up to the next level of international racing and there are a few new plans for this too, all of which will be released in the coming months.”

Ronan is already thinking of his long-term ambitions further on from 2023, and the dream, he says, is to be at the FIA World Rally Championship, the top level of the rallying world.

“I am on the right track and, with strong determination, a positive mindset and support from the team of people around me – I believe we can achieve this,” he insists.

“Thanks to my family for allowing me to do it all and to friends and everyone for their support. It doesn’t go unnoticed.

“2023 is going to be another successful year. See you on the Stages!”