Move marks end of era for Russell Street store but as one door closes, another opens 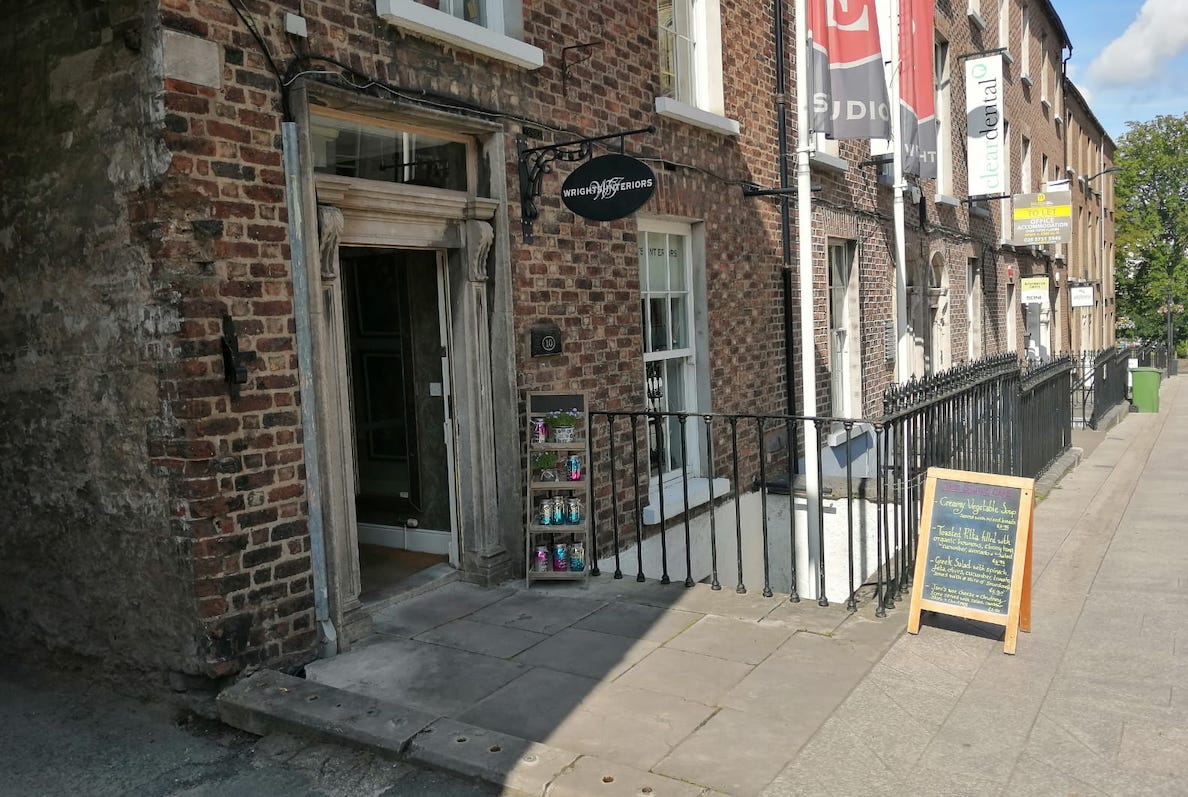 Two of Armagh’s most well-known and respected family-run businesses will soon be trading under the same roof as an imminent move marks the end of an era.

Roberta Wright, who owns Wrights Interiors at Russell Street, will shortly be moving to Scotch Street, as she prepares for her own retirement in a number of years time.

And her new home will be within the walls of the long-standing TG Hawthorne furniture store.

Roberta spoke to Armagh I and revealed to us her plans and her hopes for the future of the business which her late father Sam started at Upper English Street some 42 years ago.

Over those years, the Wright family have provided a sterling service to the good people of Armagh, a name synonymous with value, quality and professionalism and where generations of shoppers have enjoyed that personal touch which means so much.

It was Roberta and her sister Jane who made the move to the store at Russell Street some years back and it was Jane who was responsible for the later addition of the Studio Cafe – a homely tea-room in the basement of the Georgian townhouse property.

But now another move and a new home beckons.

And, while the relocation to Scotch Street might mean the closure of the cafe, it will ensure the Wright’s name will remain a familiar one within Armagh’s commercial heart for many more years to come.

Owner Roberta has worked in the store for most of the time it has been a feature on the high street in Armagh, after taking over from her father, and has helped nurture and mould and transform it into what it is today.

But she told Armagh I this week: “Sometimes life necessitates a change and we are at the stage of finalising plans for the next chapter in the Wrights journey.”

From September 16, Wrights Interiors – which specialises in interior design, gifts and soft furnishings, will share the TG Hawthorne building on Scotch Street, where the nursery department – a latterly addition in more recent years – is in the process of ‘closing’.

Roberta revealed that the primary reason for the move was to pre-empt her own ‘phased’ retirement.

She explained: “I cannot go on forever but I want to have a phased and controlled plan for retirement.

“We will continue to trade under the name of Wrights and I think it is important that the city of Armagh does not lose this service.”

While she will be looking to retirement, Roberta will be heading up Wright Interiors in its new home for some years to come and wants to assure customers, everything will stay the same, bar the venue.

Unfortunately, however, this move will result in the closing of Wrights coffee shop – The Studio Cafe – which has provided a warm welcome and an idyllic setting for many to while away an hour with a cuppa and a tasty treat over the years.

Jane’s baking and friendly welcome will be missed by many.

“It just was not feasible to bring the coffee shop with us,” explained Roberta. “It is really hard as it provided a place for many to go to meet their friends.

“We will miss all of the customers who are regulars to the cafe as they have become friends.”

It will be a sad time for Roberta leaving Russell Street, but she knows that it is simply writing a fresh page in the Wrights story which has many more chapters to come.

She added: “Wrights is a business that has traded in the city successfully for over 42 years thanks mainly to the wonderful support of Armagh customers. Through the personal nature of the service we have people letting us into their homes and I have made some great friends; I look forward to welcoming them to the new venue.

Hawthornes said they are looking forward to the new chapter and welcoming Roberta and her store to their Scotch Street base in the coming weeks.