'There is a lot of work involved, but without people coming out to support us and sponsor us, we couldn't do it' 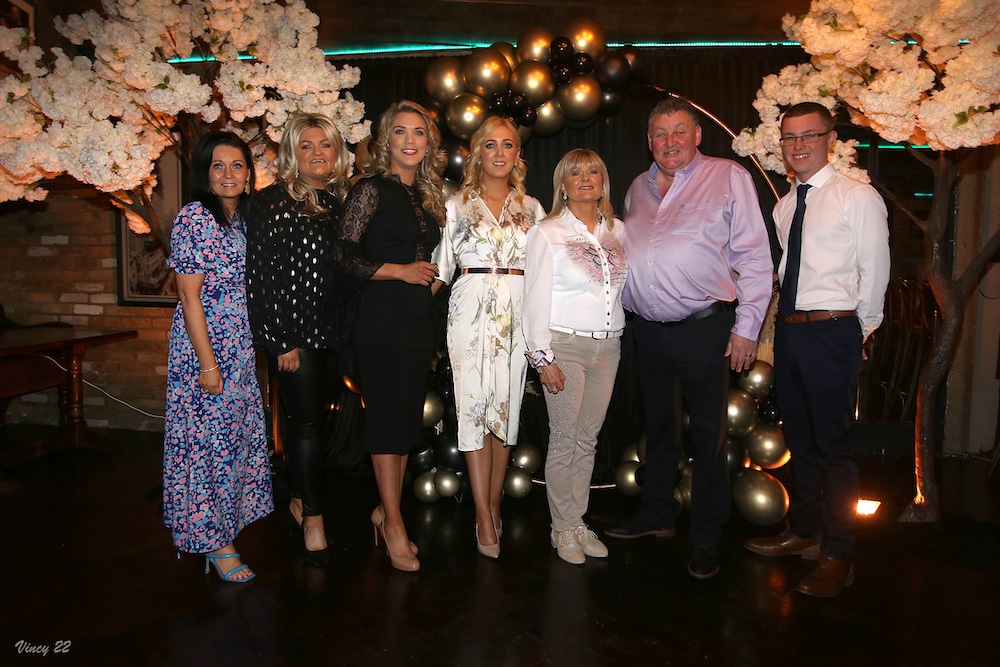 Dozens of cars are expected to roll into Armagh this Saturday, May 21, in a fundraising event to raise money for three charities.

The car show will be taking place in the car park of the Formation Works on the Edenaveys Road (just off the Newry Road) and has been organised by the local Skip Car Tour fundraising group.

It is one of a number of events organised by the group, all of which will take place this month.

This is the first year the group has run a car show and organiser Seán McArdle said he is looking forward to a great day.

The Skip Car Tour, which celebrates its 10th anniversary this year, is well-known for its Orchard Truck Run, the Hit the Diff tractor run and country music nights at Basil Sheils in Tassagh with stars such as Mike Denver and Paul Kelly. Seán McArdle with Panel and Barry from HouseProud, which sponsored the recent gala night

The anniversary celebrations kicked off in style at Sheils on May 7 with a gala night (kindly sponsored by HouseProud) attended by 250 guests including many people who support it every year.

“Over the 10 years we have done many crazy things like jail breaks on the Crumlin Road, Strictly Come Dancing in the Canal Court Hotel, pig racing at Sheils. You name, it we have tried it to raise funds!” said Seán.

“This year we wanted to add something new, and that’s what we are doing with the car show on Saturday.”

The group, started by Seán and wife Teresa, has mainly raised money for Marie Curie and Southern Area Hospice and occasionally adds a new charity. This year, it’s the Air Ambulance.

“Myself and Teresa had an idea 10 years ago that we would like to raise money for charity,” said Seán. “Our company, MT Waste, makes skip containers so we came up with the idea to make a skip you could drive.

“It is now recognised far and wide as our mascot vehicle and will be at the show on Saturday.”

Since then, other family and friends have come on board to help, with the group consisting of Seán’s daughter Tanya Connolly, sister Jenny McArdle, daughter-in-law Olivia McArdle, brother-in-law Seamus Smyth, Carol O’Neill and Ronan Cumberford. The car park will open at 10-11.30 for people to arrive and park up, with categories for rally cars, supercars, classic and vintage cars, as well as motorbikes.

The gates will open to the public from 12-4pm and there will be refreshments on site along with a DJ.

At lunchtime, Armagh rally driver Andrew Nesbitt will be reunited with one of his former Subaru cars, after the organisers “went to great lengths” to find it.

Andrew will be interviewed onstage around 1-1.30pm and will be sharing lots of stories from his successful career.

The entry fee for the show is £10 per adult with free entry for children.

Up until the beginning of this year, the group has raised £516, 739.89 and Seán said they are really looking forward to increasing that in year 10.

“We are running all of our events as our 10th birthday celebration so hoping to significantly add to that amount,” he said,

“There is a lot of work involved, but without people coming out to support us and sponsor us, we couldn’t do it.

“McGeown Commercials have been our truck run sponsor for 10 years, which is a fantastic commitment to make. SG Curry has been our long-time tractor run sponsor and Sheils of Tassagh have hosted the majority of our events, plus all the generous people who donate or sponsor or stand out in the rain and direct traffic.

“It’s thanks to all those people we have amassed that total over nine years.” Adrian McGeown from McGeown Commercials, Orchard Truck Run sponsor for 10 years, is presented with a token of appreciation by Seán McArdle

Meanwhile, the 10th Annual Orchard Truck Run is due to take place on Saturday, May 28.

Leaving from Basil Sheils, the park will open at 12pm, with trucks due to roll out at 3.30pm.

That evening all are invited back to Basil Sheils restaurant for a live performance with country singer, Paul Kelly.

The Hit The Diff Tractor Run Family Fun Day will take place on Sunday, May 29 from 12.30pm at Sheils.

It will include the popular tractor run with vintage tractors, which will leave first before all other tractors, and a rubber duck race in the river.

More Power To Your Elbow will be live on stage to end the evening.

Donations are welcome and tickets for Paul Kelly cost £15.