There has been a 'partial climb down' by Government over red diesel use in tractors according to one local MP, while this motion to council warns of the wider and 'severe implications for many sectors of our economy' beyond agriculture 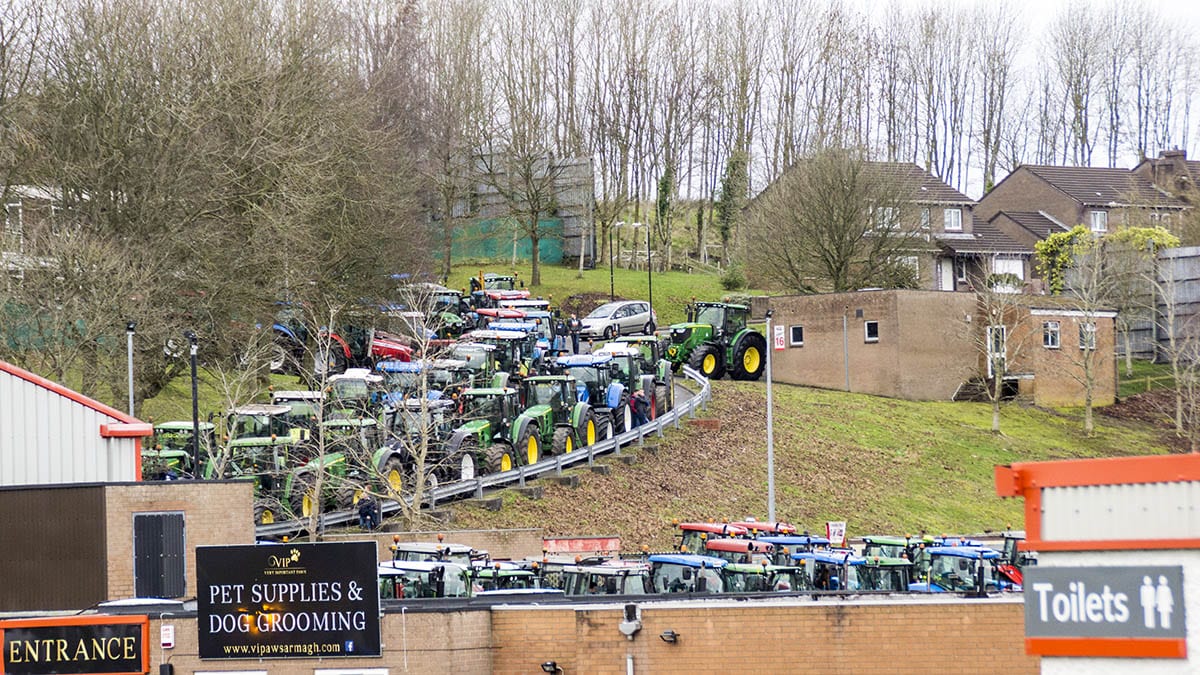 A Newry councillor is seeking cross-party support for a motion which would lobby the British Treasury over plans to introduce controversial new legislation on red diesel.

As part of the Finance Bill 2021, the move – to be introduced from the new financial year in April – would restrict the entitlement to use red diesel and rebated biofuels.

Among those confirmed last November as being affected are vehicles and machinery used in agriculture, horticulture, fish farming and forestry.

It also restricts its use for heating and electricity generation in non-commercial premises – this includes the heating of homes and buildings such as places of worship, hospitals and townhalls; off-grid power generation; and non-propulsion uses on permanently-moored houseboats – and for maintaining community amateur sports clubs as well as golf courses (including activities such as ground maintenance, and the heating and lighting of clubhouses, changing rooms etc).

As Armagh I has previously reported, the changes could also impact upon charitable events.

The annual Livingstone Tractor Run has raised tens of thousands of pounds for good causes.

But just last month a spokesperson warned: “The introduction of the new HMRC diesel rules, if implemented as stated, will prevent tractors and agricultural machinery using red diesel for events such as tractor runs and ploughing matches.

“This will call into question whether tractor runs for charity and good causes will be viable in the future.”

There has also now been what Upper Bann MP Carla Lockhart has described as a “partial climb down” on the use of red diesel in tractors following clarity from the Government concerning agriculture shows, ploughing matches, cutting verges and hedges, clearing snow, gritting and clearing or otherwise dealing with flooding.

But this, says the DUP representative, does not go far enough.

The clarity was given in response to a Parliamentary Question by Minister Helen Whatley in which she said: “The Chancellor confirmed at Spring Budget 2021 that the Government will remove the entitlement to use red diesel from most sectors from April 2022, other than for agriculture and a limited number of other users. This will help to ensure fairness between the different users of diesel fuels and that the tax system incentivises the development and adoption of greener alternative technologies.

“Agricultural vehicles will be entitled to run on rebated fuel after April 2022 for purposes relating to agriculture, horticulture, forestry and fish farming. They will also be able to use rebated fuel when cutting verges and hedges that border a road, clearing snow, gritting, and clearing or otherwise dealing with flooding.

“The activities accepted as falling within the definition of agriculture, horticulture and forestry are defined in HMRC Excise Notice 75. As agricultural shows and ploughing matches provide information and education that benefits agricultural purposes, the Government considers that running or participating in these activities are purposes relating to agriculture, for which rebated fuel may be used in qualifying vehicles and machines, and will be updating Excise Notice 75 accordingly.

“Rebated fuel can also be used to travel to and from where the vehicles or machines are to be used for these activities.”

Said Ms Lockhart: “Allowing red diesel to be used at ploughing matches and agricultural shows is a partial win for our economy.

“Additionally the fact that farmers can continue to clear and grit roads in times of storm or flooding is a huge relief and in many ways a win for all those who engage in this very helpful assistance in times of need.

“The law change was going to massively impact the ability to run events as fuel costs would have been extortionate. Additionally, it was not clear if a farmer was able to assist on the roads network if an emergency occurred.

“However, this clarity does not go far enough for much loved and well attended tractor runs which are hugely popular as charity fundraisers.

“Whilst this is some good news for farmers, the Government is still pressing ahead with the Red Diesel ban for our construction sector our heavy plant industries, food transportation industry and many other businesses who run their company on generators.

“This will lead to huge price hikes for home building and road building but also the building of schools and hospitals.

“I hope the Government will eventually see sense and change course on their red diesel plans. They must wait until there is an affordable and viable alternative for theses industries to move too.”

Her notice of motion, which is seeking intervention to lobby against the new proposals, will go before Newry, Mourne and Down District Council’s monthly meeting for March.

It would see the council voice its collective concerns and “oppose the planned changes”.

And it would protest against the legislation move and encourage others to do likewise if the motion wins support of others attending the monthly meeting.

The motion states: “This council notes with concern that these changes will have severe implications for many sectors of our economy locally throughout our district and not solely within agriculture.

“Sinn Féin propose that NMD Council writes to the British Treasury opposing the planned changes and seeking to immediately pause these damaging proposals and to look at new ways as to how government can practically support businesses take the necessary actions to move away from fossil fuels and to put in place measures and policies that will have a meaningful impact on reducing emissions, as these proposals will only serve to increasing input costs without themselves reducing emission.”

It is scheduled for debate on Monday.