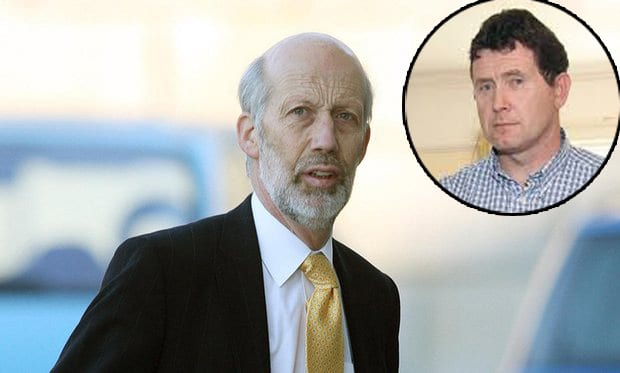 A South Armagh man who spent two-and-a-half years in prison awaiting trial in connection with the murder of Armagh man Adrian Carroll almost 26 years ago will not receive any compensation.

Justice Minister David Ford – speaking as Colin Worton’s campaign came again to the floor of the Northern Ireland Assembly – said this week: “It is not an issue that I believe I can address.”

Twenty-four-year-old Adrian Carroll was shot dead in an alleyway off Abbey Street as he returned home from work in November 1983.

Mr Worton, a serving UDR soldier, was one of those arrested.

He spent a total of 30 months in jail but said his confession was obtained under duress.

A judge excluded the confession on the grounds it was coerced by detectives who hadand Mr Worton walked free before the trial started.

Four others, who became known as the UDR Four, were convicted. Three, Noel Bell, Winston Allen and James Hegan, were later freed when their convictions were quashed by the Court of Appeal after it was proven forensically that interview notes had been changed. All were awarded £500,000 in compensation.

A fourth man, Neil Latimer, was subsequently released under the terms of the Good Friday Agreement.

Five years ago, Justice Minister David Ford told the Assembly that Mr Worton was “completely innocent” and there was no stain on his character.

But this week, after appeals in the Assembly by Newry and Armagh Ulster Unionist MLA Danny Kennedy for Mr Ford to “reconsider the case” for compensation before the end of his tenure as Justice Minister, the campaign was again dealt a blow.

Mr Ford said: “I fully appreciate the number of representations that have been made, not least by Mr Kennedy, about Mr Worton and the manner in which he stood trial and was not convicted of a serious offence some years ago.

“I understand the comparison that is made with others who were wrongfully convicted and received compensation for serving subsequent sentences.

“It is not an issue that I believe I can address.

“It has been through all the appeal mechanisms and has been referred through the appropriate ways in which legal cases can be dealt with, and I regret that I do not think that there is anything I can do to assist Mr Worton.”

Mr Kennedy asked the Minister if he could outline “any possible options open to Mr Worton in pursuit of his very justified campaign for justice?”

The Minister responded: “I appreciate Mr Kennedy’s use of the term ‘very justified campaign’ and we can all have sympathy for Mr Worton, but, in fact, he is in no different a position to many other people who were charged and then found not guilty.

“There is no provision under the law of any part of the United Kingdom for compensation payments in those circumstances, and, as far as I can see, he has exhausted all potential legal remedies to deal with it.

“Whilst one can, at a human level, have great sympathy for Mr Worton — his case has been well made — I do not believe that any further route can be adopted.”