Picnic benches to be installed, new seats and bins introduced and over 1,300 metres of fencing, gates and arches painted 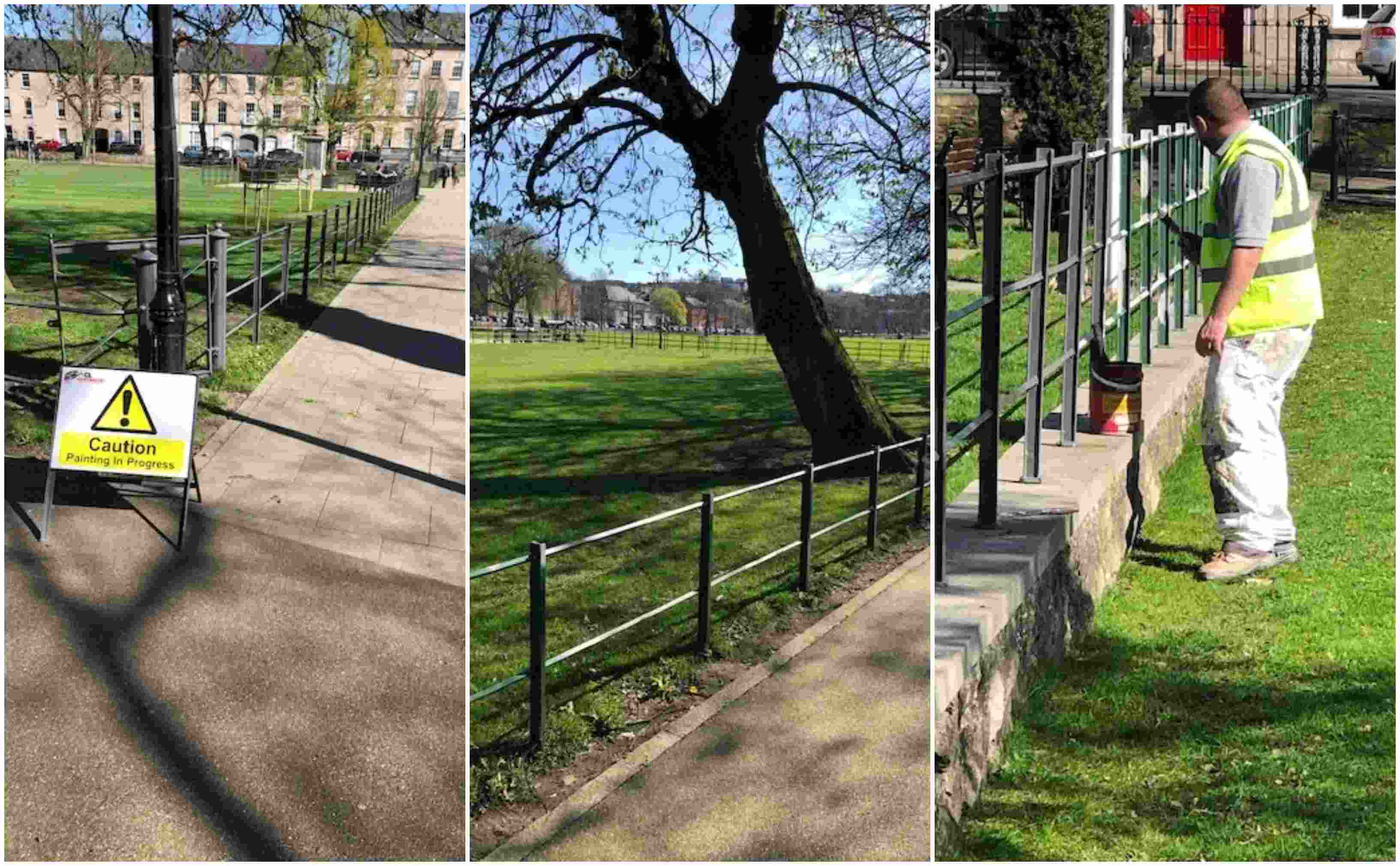 Work is underway to deliver a major facelift to the Mall in Armagh.

Visitors will have noticed a hive of activity this week as work proceeds.

Armagh I revealed plans for redevelopment and refurbishment at various locations across the city centre, including Barrack Street, last December.

This included the provision of planters and these have been installed and well received.

Now the focus is on the Mall and a total of £118,750 is being spent there, aimed at “transforming” the popular public attraction.

£48,750 of this funding has been secured from the Department for Communities, and the remaining £70,000 from Armagh City, Banbridge and Craigavon Borough Council.

For the naturally curious and inquisitive wondering what is taking place you need wonder no more!

A total of 1,391 metres of fencing is being painted.

This includes gates and five metal arches around the perimeter and the two walks.

In addition, seats – a total of 26 of them – are being replaced.

As well as that, 25 new bins will be installed.

And the new feature and highlight of the scheme will see the provision of four new picnic benches ahead of the summer months.

The Department of Communities said all of the planned improvements will “help to improve the city” when complete.